From the entrance looking south into the woodland the ground falls very gently giving elevated views across open farmland to the south. The mature beech trees create a stunning variety of colours throughout the changing seasons.

The mighty beech is traditionally associated with abundance, which reflects the bountiful supply of nuts the trees produce. The nuts, known as mast, are enjoyed by a thriving deer population and in the past pigs were let loose to feed on them under pannage rights, which allowed commoners access to woodlands. Dormice are also partial to mast and their breeding success increases when the nuts are plentiful.

Beech nuts have also been a valuable food source for people during periods of hardship. The nuts which are high in fat and protein can be ground and mixed into flour to make breads or roasted and used in soups. They can, however, only be eaten raw in small quantities because they contain a toxin, which causes gastric illness. The high fat content made the seeds a valuable source of oil, which was traditionally used for both cooking and lighting.

In past times when the value of nature was more appreciated, the young leaves were another valuable food source; eaten raw as an early source of fresh greens, or more extravagantly used to make a gin liqueur. Even in winter the leaf buds were harvested, kept on the twigs and used as toothpicks.

Such is the importance of this natural environment that it carries a special local authority Tree Preservation Order designation aimed at ensuring its continued existence as an important area of woodland. This will also encourage good woodland management practice as the local Forestry Commission representative and Local Authority Tree Officer are on hand to advise on how best to achieve this.

Wildlife is plentiful, fallow,roe and muntjac deer are regular visitors. Foxes, badgers and many more smaller mammals can be found here.

The ground here is predominantly well drained and firm and allows for good vehicular access to clearings throughout the wood in most conditions. This greatly facilitates setting up camp and retrieving firewood.

The woodland is bordered in part by a good access track and has a secluded feel surrounded by miles of rich farmland. The absence of interference in this peaceful wood has encouraged retiring wildlife species and roe deer are common sightings here.

The surrounding area is characterised by its rural seclusion and extensive agriculture. Nearby the historic town of Andover is a useful staging post for woodland supplies and there is convenient access here to the A303. A short way to the north lies Newbury and the motorway network at junction 13 of the M4

Indicative orange boundary markings run through the wood to the north and east. The southern boundary is to open fields and to the west is the access track.

Continue down this country lane for about a mile until you reach Little London and then turn left into the village on a right hand bend. The road will then lead you through Little London, between the houses and then along a lane with woodland either side. After 500 metres you will reach the entrance to the woods on your left. The gate here is kept locked but you can stop here and continue on foot straight along the woodland track. Mast Wood is set deep within this larger area of woodland and you will need to allow plenty of time for your visit to get there.

Vehicular access rights will be given to the new owner.

Continue straight ahead along the track for 600 metres where, at the second crossroads of woodland tracks turn left and after 150 metres you will come across the entrance to Mast Wood on your left.

Sat Nav / GPS note: The post code SP11 6JQ is for the point shown on the location map by the red dot.

Stunning colours throughout the seasons from towering beech and light from open farmland to the south make for an uplifting woodland retreat. 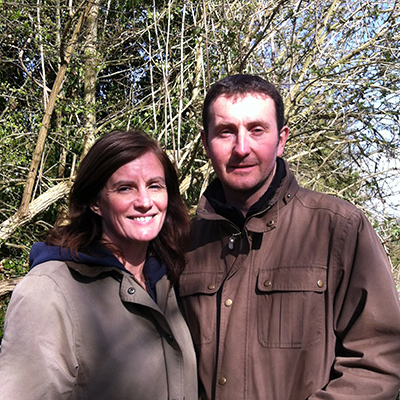 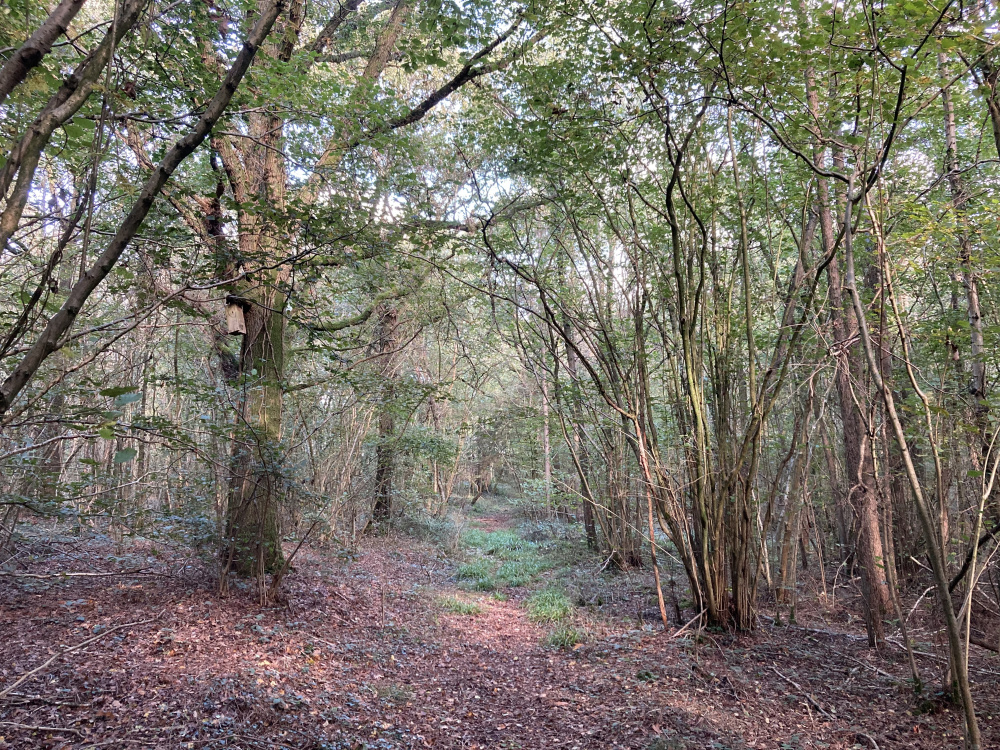 An enchanting area of natural woodland in a rural, secluded location. 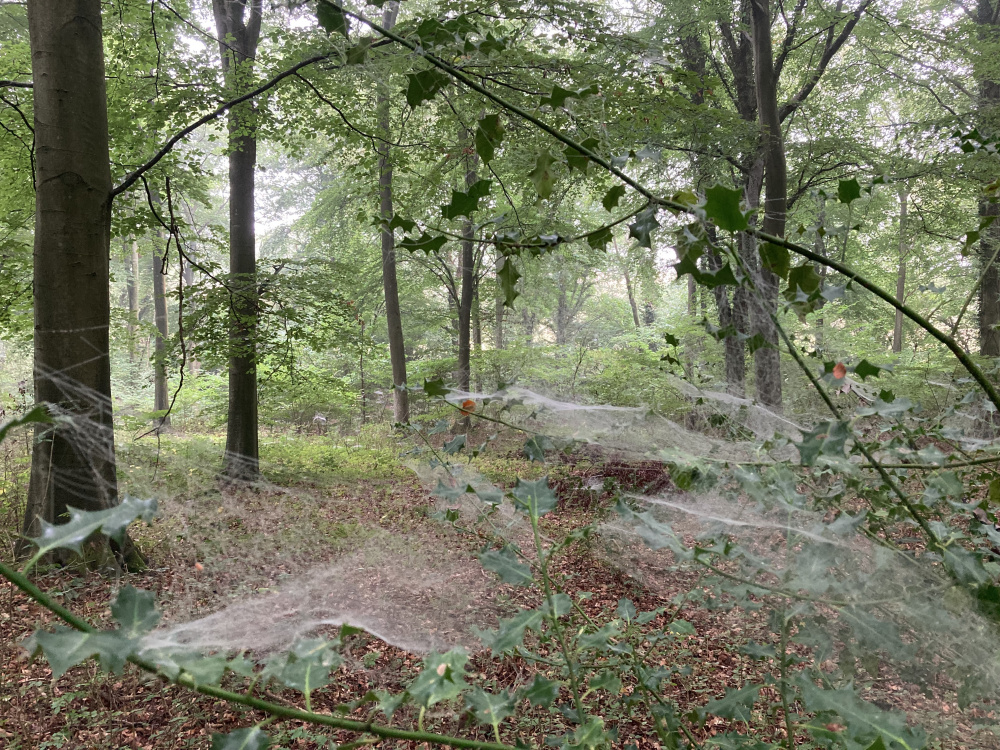 A fine example of the classic English beech wood in an accessible and peaceful location. 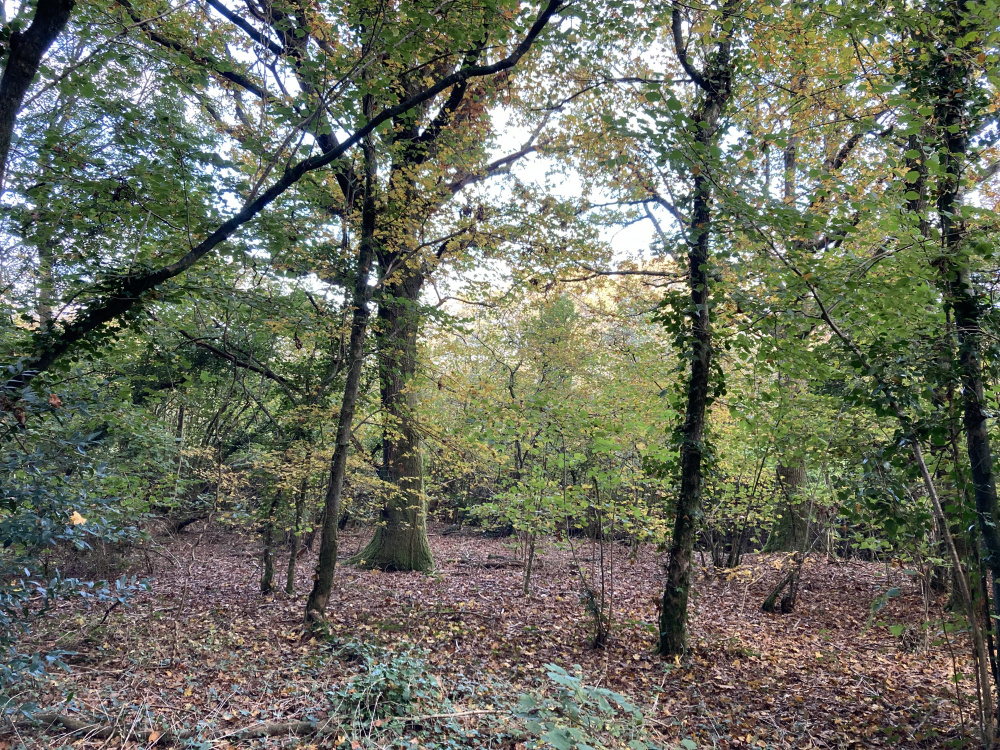 From the thick cover of oak and hazel, glimpses of neighbouring open fields across a small stream at the boundary of Siskin Wood make this a delightful place to observe and enjoy the rich natural environment of the island.