Quiet and secluded set in the upper parts of the High Weald with extensive views over open countryside.

Scots pine and western red cedar to the north give way to beech, birch and mature chestnut coppice further south. Oak is also present at the north east, occasional else where. Understory is hazel and birch.

Deer wander through 'their' woods, trails show their regular routes and scrapes, their resting places. Birds, from wrens to buzzards are in abundance and can be heard in spring defining their territories.

Amazing display of bluebells spread blue throughout the wood as trees leaves start their emergence.

A small pond is found by the ridestop entrance but does, like most ponds, need cleaning out and opening up to some light.

Access is over a long private track leading from the B2096 Netherfield Road, through private woodland as far as the ridestop and name sign marking the boundary of Leenen Wood.

Mineral rights are reserved, see below, but can only be extracted by underground working.

Collecting firewood, camping, bushcrafting, woodturning or just enjoying the landscape and getting to know the intricacies within.

The most significant event was obviously the Norman invasion in 1066, the town of Battle being at the centre. This is '1066' country. The other significant event was the discovery of gypsum in 1872 and has been mined ever since. Its main use was in plasterboard as a building material, but now is mainly used as an additive in the cement industries. The seams are very deep, between 100 and 300 metres, and the mining has little effect at the surface.

The Netherfield area was a very important region for the mining of iron ore and the production of iron from about 1600 to 1800. The local furnace, called Beech, was a source of the iron used in many of the cannons produced over this period. The charcoal produced from local wood was an important part of the iron smelting process. After your exploration of Leenen Wood you might like to visit The White Hart. The nearest railway station is at Battle-about 4 ½ miles.

Leenen Wood at Darwell is just west of Netherfield and about 4 miles north west of Battle in East Sussex.

Click here for Bing Maps Directions enter your own postcode, (the coordinates of the entrance gate are already entered). Park to one side of the gate.

Pass to one side and follow the track deep into the woodland, turn right and then left, right again and then left to pass over the stream.

Then take the path straight up the hill and look out for the track on the right (about half way up). At the end of this track walk straight over the 'cross paths' keeping Rogers Wood on the right. Walk up the gentle slope and Leenen Wood will be seen on the left.

Top of the High Weald, looking out over the lower parts of the Weald. Set in the extensive forest of Darwell, home to bluebells.

Managed by Ruth and James Feltham 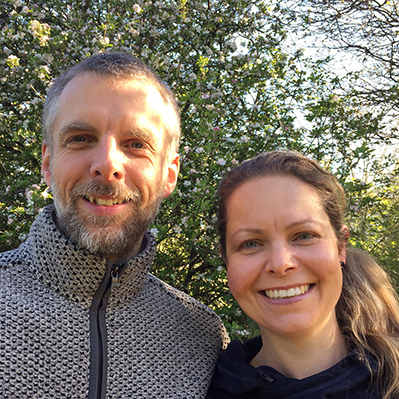 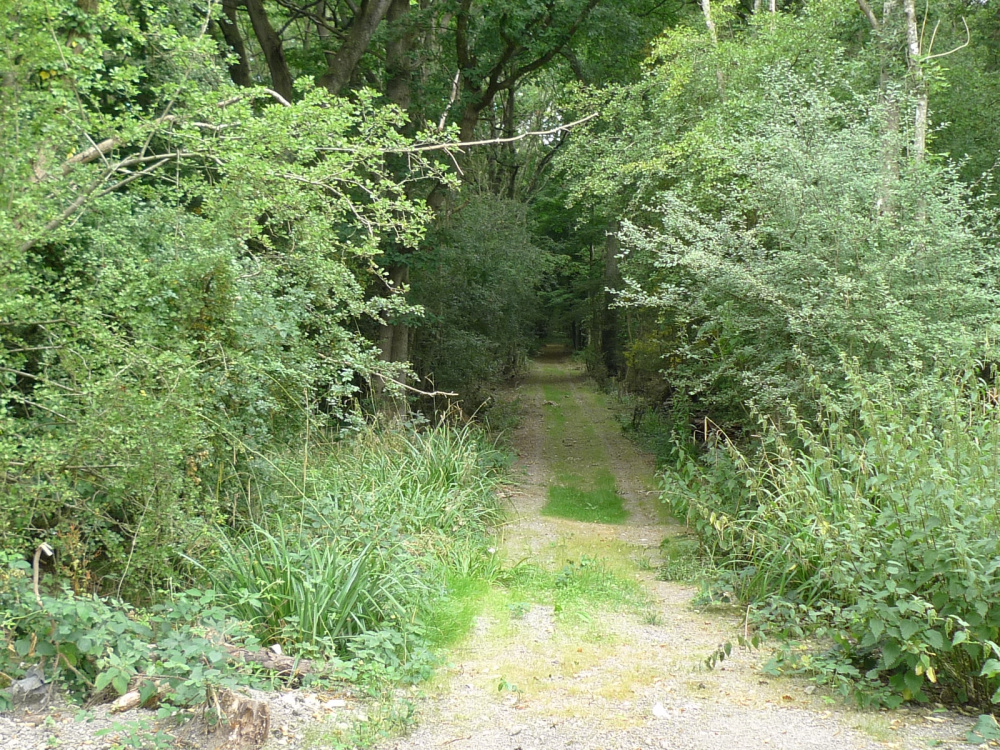 Semi-natural ancient woodland previously part of the Dering Estate and adjacent to the large area of Woodland Trust woodland. 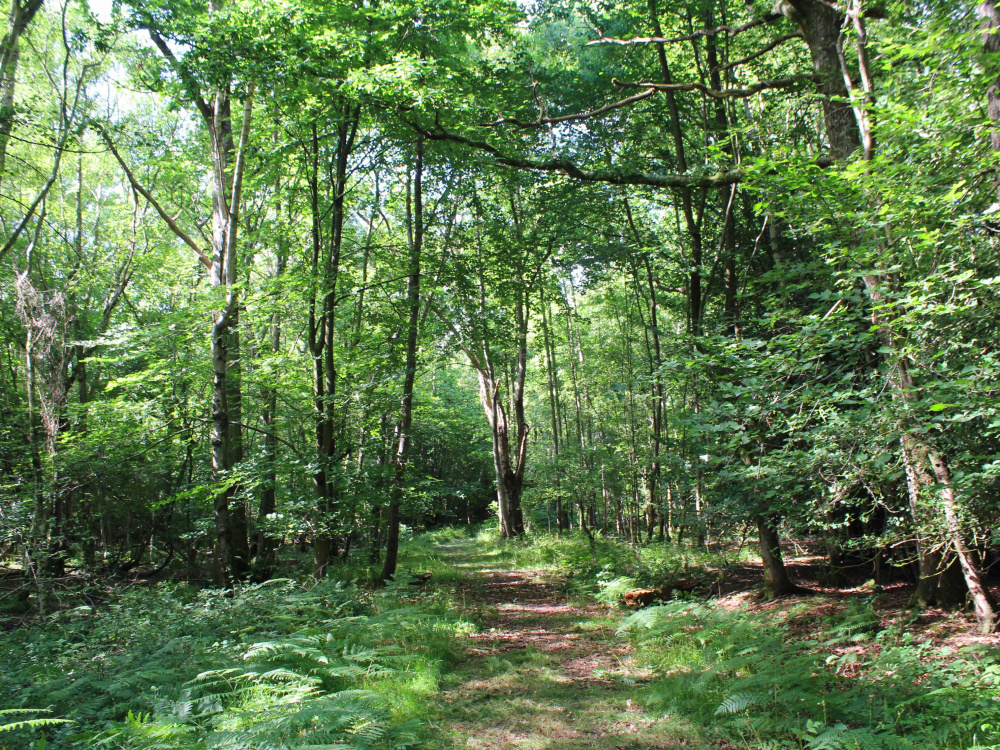 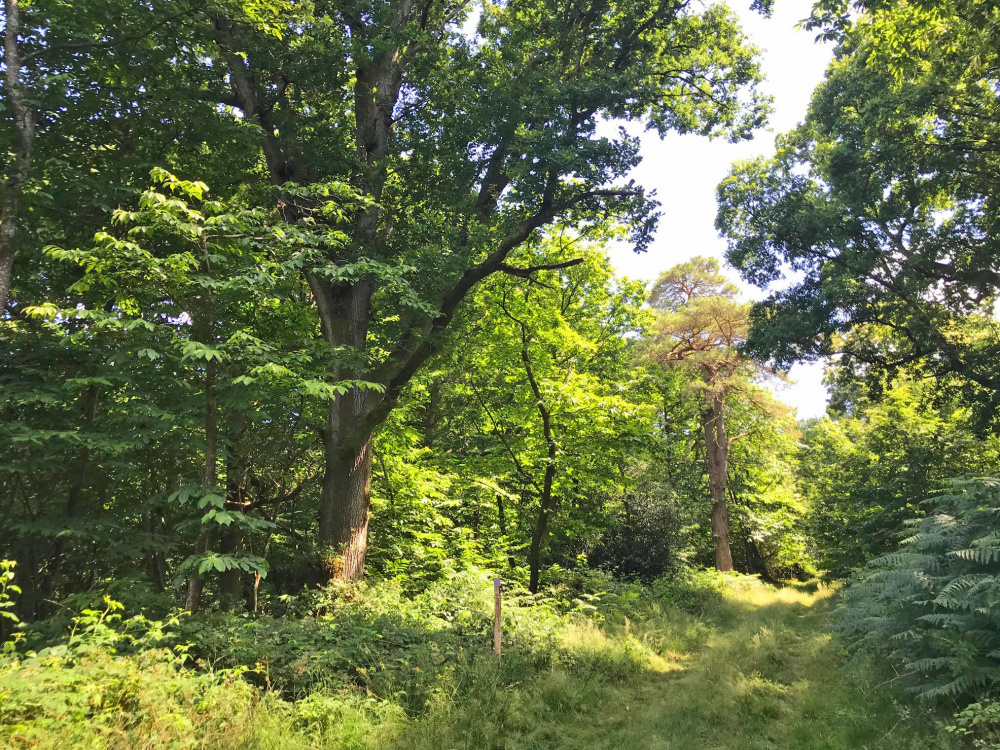 A mixed ancient wood offering the most incredible bluebell display in the spring, manageably sized, private and surrounded by woodlands.