Ogbear Wood is wildlife haven set at the top edge of an historic valley near the ancient stannary and market town of Tavistock, Devon. The woodland is listed as Ancient & Semi natural woodland on the geographic database Magic.gov.

Being listed as Ancient & Semi natural suggests that Ogbear Wood has been an important part of the landscape at least since 1600 AD. Signs of this history can be found within the woodland with some notable trees such as sweet chestnut, oak, ash, horse chestnut and beech some of which are over 100 years old. There are old undulations in the topography of the lower, eastern side of the land where many years ago stone was previously quarried. The most impressive historic feature however is the remnants of a 15th Century Leat which runs north to south east within Ogbear Wood and used to be used for mining during this era and beyond.

The woodland has a fine mix of trees such as oak, both sweet and horse chestnut, ash, beech, birch, hazel, holly, sycamore, rowan, wild cherry and hawthorn. The woodland floor is adorned with bluebells throughout in the spring, there are also many other woodland flowers species including Germander Speedwell, Sanicle, dog’s Mercury and the herb Robert to name a few.

A series of well identified tracks that wind through the trees are used by some of the fauna that frequent this wonderful habitat. Roe deer can be seen grazing, foxes and badgers pass through prowling and snuffling for food respectively. Whilst above a symphony of bird chorus is one of the most impressive factors of this woodland.

Ogbear Wood gently slopes on a south easterly side of a valley and is ideally place to explore the quiet country lanes around the eastern side of Tavistock. The nearby town of Tavistock and the edge of Dartmoor National Park is within 2 miles making the woodland a great base from which to explore.

Other nearby places are Morwellham Quay, part of a World Heritage site which features an historic village and a copper mine from the Victorian era. Here you will find the only open copper mine in the Country and you can even ride the old train down into the mine!

Ogbear Wood has good links to the A30 via Sourton Cross near Okehampton as well the city of Plymouth and surrounding coastline via the A386.

All boundaries are indicated with red markings on posts and trees.

The north and western boundaries are along the edge of an old wood bank.

The southern boundary is partly along an old wood bank and is indicated by a new fence.

The eastern boundary is along a tree line and part of an old wood bank.

- Viewing is by appointment only, please call the local agent to register your interest to view.

- From Tavistock take the A390 east towards Callington.

- After 2 miles in the small village of Gulworthy, turn right at the roundabout
signposted Chipshop, Lamerton and Launceston. Follow this road for
1 mile and take the first right hand turning, signposted Mill Hill.

- The entrance gate to Ogbear Wood can be found after approximately 150 metres at the top of the track where there is a gate with an 'Ogbear Wood' name sign upon it.

Satnav/GPS note: the postcode PL19 8NN is for Artiscombe Farm, the point shown by the red dot on the second location map, immediately to the south of the woodland. 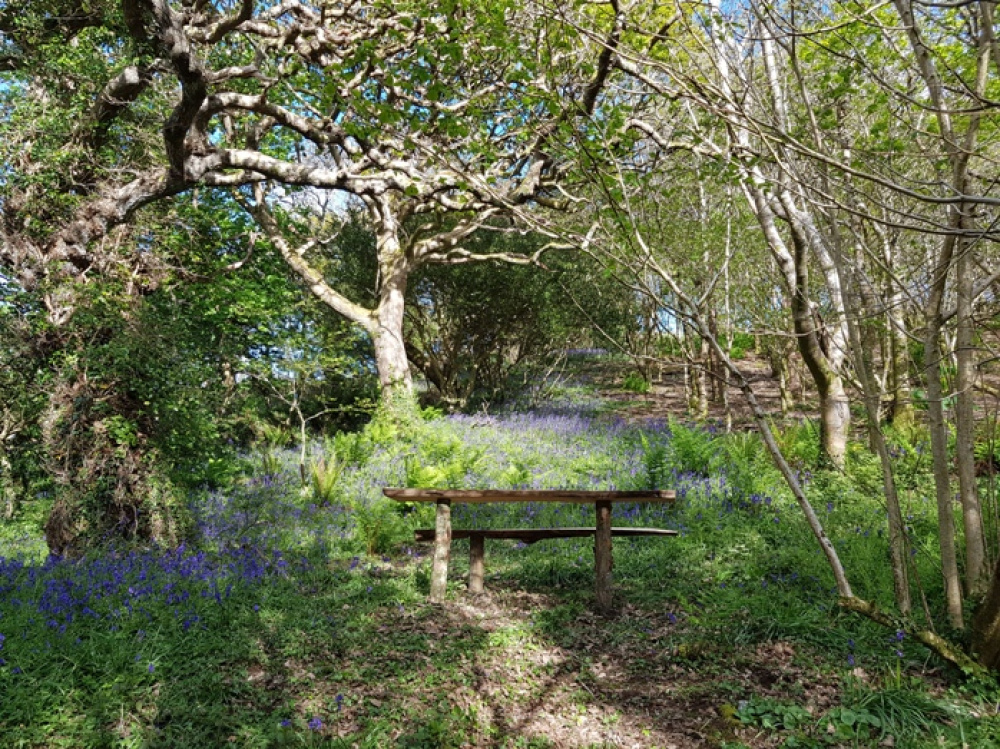 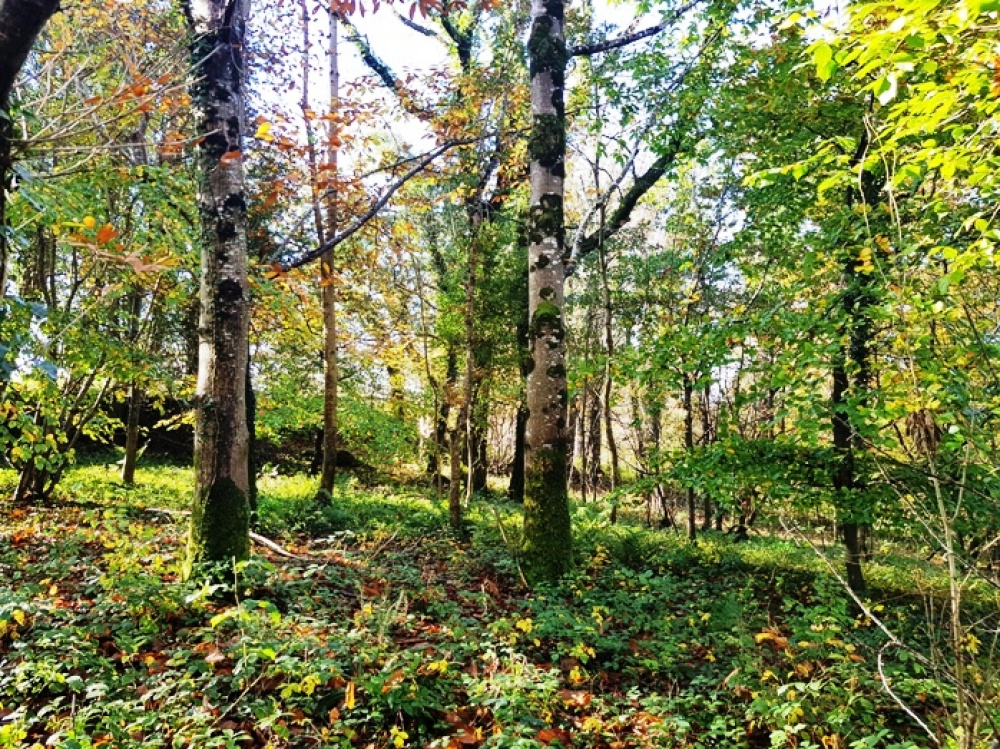 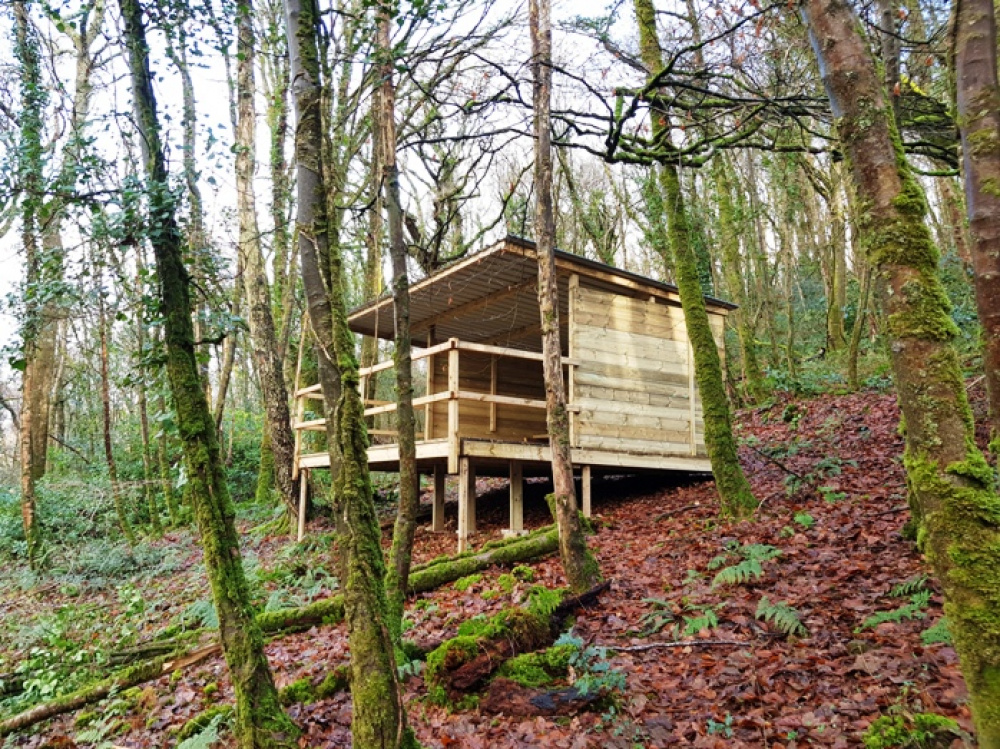 A woodland with a diverse range of trees and plants, including a fantastic spring display of bluebells and primroses. The wood includes a useful wooden hide/shelter and has a stream along part of a boundary.