Situated in the delightful rural north Devon and surrounded by woodland and farmland. Merrydale Wood is in a perfect tranquil setting.

In the spring an abundance of flowers burst to life over the grassy understorey of the trees whilst the stream flows year round along the eastern edge.

Planted tree species are generally growing well and include oak, spindle, ash and alder. There is scope for taking out some of the ash and replant with a mix of native broadleaved trees.

At the south of Merrydale Wood there is an area of important wet woodland with trees such as alder and willow whilst the south western fringe of the woodland is dominated by more mature woodland with towering mature oak trees and an understorey of hazel.

The highly attractive stream that meanders along the east of the woodland is a perfect haven for water dwelling fauna, including otters. Otters are an elusive British mammal that enjoys swimming and playing in river and stream habitats. There are numerous signs of otter use along the stream that lines the eastern side of Merrydale Wood. Signs include 'shortcut paths' as well a recent sighting. Otters live in holes in river banks called holts, which have a few different entrances to give some protection from flooding. One of these entrances will be above the water.

A rustic footbridge over the stream to the entrance gives a 'winnie the pooh' feel to the woodland and a game of 'pooh sticks' is of course always very enjoyable!

The trees give an excellent source of timber and firewood or for small scale forestry projects.

There are some old stools of hazel coppice on the south western side of the woodland.

Access to the woodland is from a quiet country lane onto a shared stoned forestry track that leads to a large shared parking area. A small footbridge gives access over the stream to access Merrydale Wood.

There are no public rights of way within the woodland.

Enjoying nature is at the forefront of uses that Merrydale Wood offers. A wildlife hide could be set up within the trees.

Surrounding Merrydale Wood are several small Devon hamlets such as Hiscott and Harracott along with a number of traditional farmsteads whose occupants have maintained the landscape for hundreds of years. An example of this is the pleasantly named Merrydale.

Nearby is one of the largest rivers in Devon, the river Taw, which was made famous in Henry Williamson's delightful novel 'Tarka the otter'. The Taw estuary is part of the North Devon UNESCO Biosphere reserve.

Adjacent to the river at Chapelton is the Tarka railway line, a picturesque train route through the heart of north and mid Devon between the town of Barnstaple near the north coast and Devon's capital City Exeter.

Particulars and plans were prepared by our local manager, Stuart Brooking

- Joing the A377 either at Barnstaple heading south or Exeter heading north.

- Turn off the A377 at Week Lane End Cross, signposted towards Week and Harracott.

- Continue along this road for around 2 miles, passing through Harracott, until you come down a hill to Heccaton Bridge where you will continue on the road heading right and see the entrance gate immediately on your left.

- Use the gate code to access the gate (please close the gate and mix the code up when you go through the gate).

- Drive along the shared forestry track and cross a stream over a concrete bridge.

- Continue along the track until the end where you will see a large parking and turning area. Park here to view the woodland.

- Look out for the footbridge across the stream and carefully cross this bridge, turning left once at the other side.

- You will see the entrance to Merrydale Wood here indicated by a line of posts and a 'Merrrydale Wood' name sign.

- Satnav/GPS note: the postcode EX31 3JW is for the point shown by the red dot on the location plan 2.

Bordered by a picturesque stream, this broadleaved woodland has an interesting mix of habitats and enjoys a private setting. 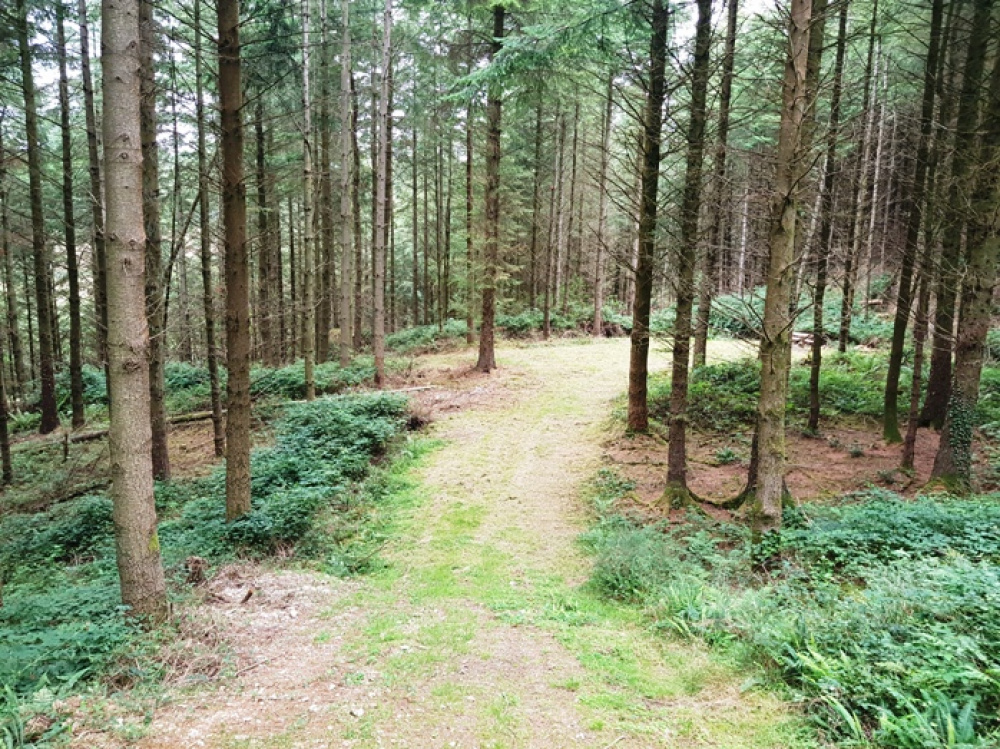 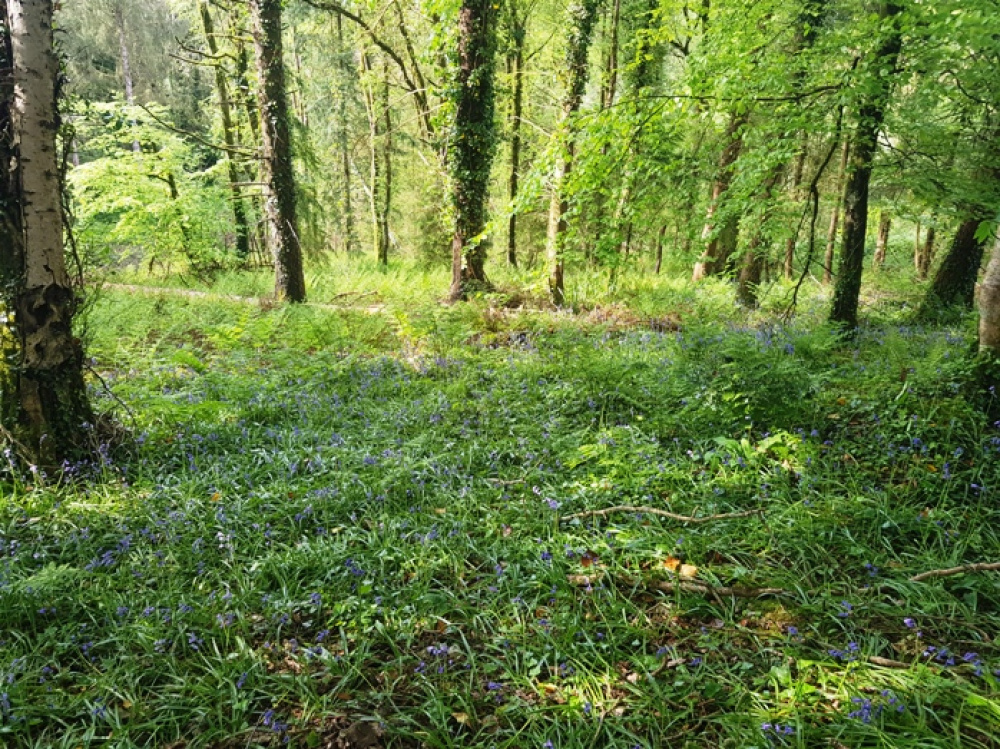 A varied woodland with a stream that is currently part of an Ancient Woodland Restoration project. 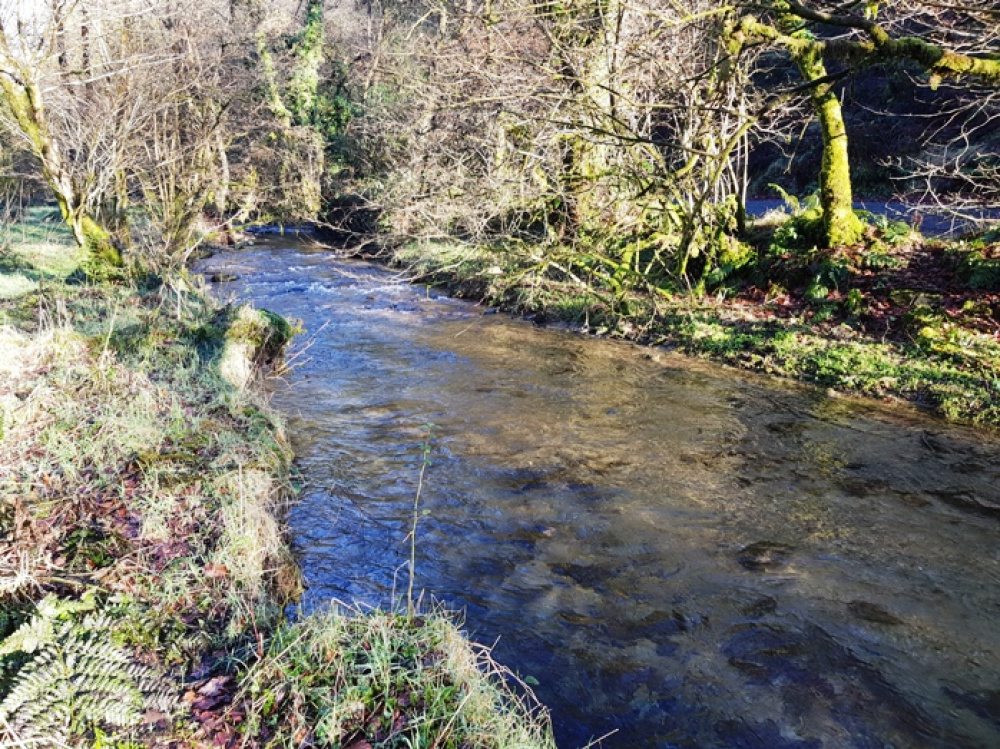 Set within the outstanding scenery of Exmoor National Park, Holewater Wood boasts a variety of woodland habitats, an old stone cattle shelter and a delightful stream along the eastern boundary.