Although predominantly a conifer woodland, indications are that the land has been set over to forestry for such a long time that it qualifies as a plantation on the site of ancient woodland, or PAWS. This means that mother nature has a strong foothold in the land, literally in the soil and given half a chance will burst forth with natural regeneration.

The timber stock, which is mainly the native Scots pine has been well managed and is well spaced, giving the majority of the wood a light and delightfully airy feel. The mossy carpet covering the woodland floor makes for pleasant walking through the trees. The landscape dips gently towards a drainage channel that crosses the wood roughly north to south. This separates off an area of vigorous young growth consisting of planted spruce and colonising birch; a lovely contrast.

The main and mature stock is one of Britain's few native conifers, the graceful Scots pine, with some fairly large examples growing at the heart of the wood. A scattering of Norway and Sitka spruce with the occasional hemlock, probably self-seeded from neighbouring coups, give evergreen variety.

A number of large yet relatively youthful oak trees, create their own glade space beneath spreading boughs.

On the western boundary a younger but more dense area has either been planted but also allowed to regenerate itself. This contains mainly spruce and birch, but seedlings of oak ash and rowan can also be seen.

It is hard to visit the woods without catching a glimpse of a startled roe deer, stopped in its tracks, assessing the danger before sprinting for cover. Small holes neatly piercing the moss indicate the homes of stoats and weasels, whilst a rustling in grassy clumps is a sure sign of vole activity.

The topography is quite level with a gentle slope leading down to the bisecting water channel. Although seasonally variable, enough water remains to support bullrush and a variety of other wetland plants. It is also a valuable breeding spot for amphibious frogs and toads. A small hard area facilitates the management of felled timber, stacked prior to removal and a rustic bench is a welcome addition for peaceful repose.

Access to the wood is through a double-gated entrance off the B6355, from there a good hard stone track suitable for most cars leads to the woodland entrance.

The sporting rights are owned and are included in the sale.

Ideally suited for conservation and increasing biodiversity through gentle management, the wood is also a foragers paradise. Brambles and raspberry abound and in autumn a large variety of fungi sprout from the moss-covered leaf litter.

Small scale thinning would easily provide a sustainable domestic fuel source whilst an overnight stopover would give an opportunity to view the nocturnal habits of the local wildlife.

The picturesque village of Gifford is nearby and sits astride the Gifford Water. It dates from the 17th century and was built to replace the village of Bothans, which housed agricultural workers from the estate. It was very common in this area for estates to be in possession of a Doo'cot. This was a special building particularly designed to house doves or pigeons. These birds were an important food source in the Middle Ages and were kept for their eggs, meat, and also dung for the vegetable garden. Several historic examples can be found locally.

To the south lie the Lammamuir hills which contain several excellent walking and cycling trails. The Pencaitland Railway Walk which starts in Gifford offers wonderful views of parts of East Lothian that are inaccessible by car. The trees and hedgerows along the route offer shelter to a great diversity of wildlife and many rare wildflowers are established along the embankments.

The boundaries of the wood are marked with turquoise painted top fence posts.

For Directions From Bing Maps CLICK HERE enter your own postcode (Doo'cot Wood entrance coordinates are already entered) and click on the blue "Go" box.

From Edinburgh and the west;

From Berwick on Tweed and the east;

A mixed conifer woodland with native broadleaf regeneration: a quiet wood with a very interesting and varied mix of habitats. Located in East Lothian within easy reach of Edinburgh. 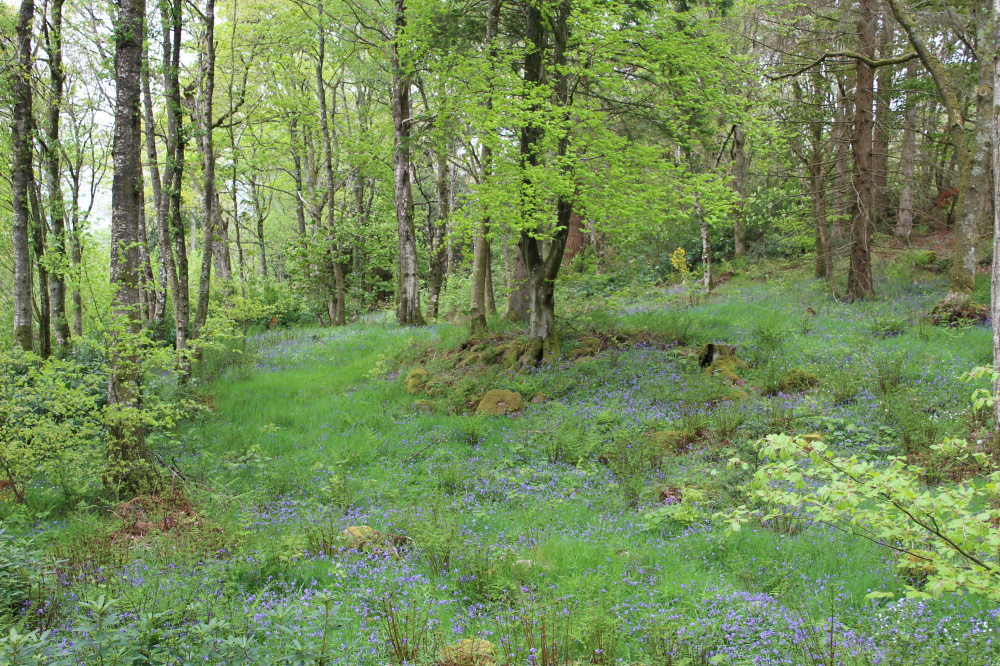 A mature mixed broadleaf woodland set in the beautiful vale of the Urr Water, nearby Dalbeattie. The wood comes complete with planning permission in place for five timber log cabins. 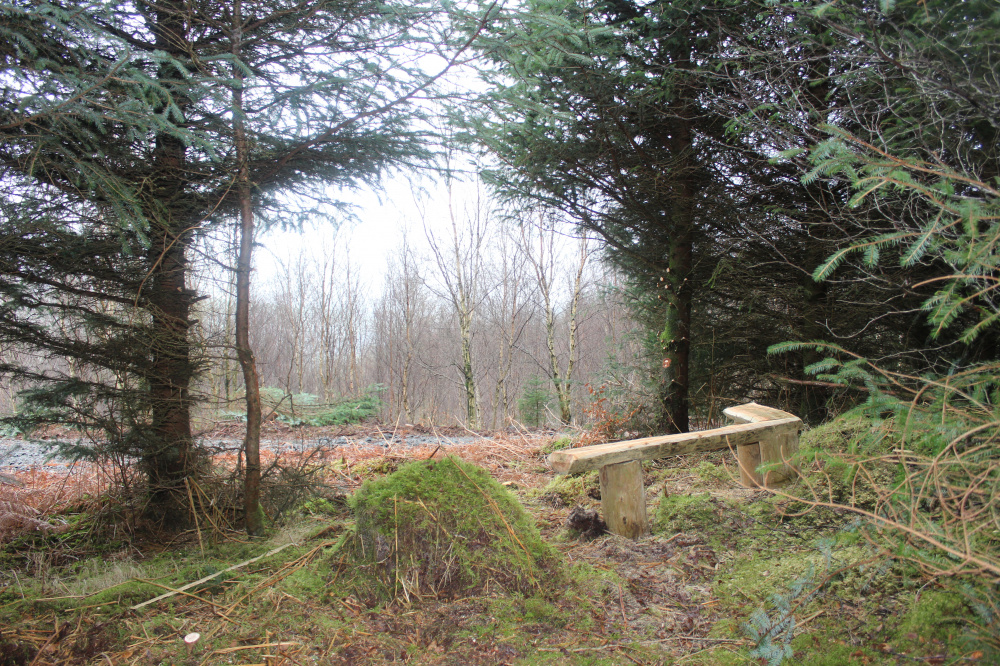 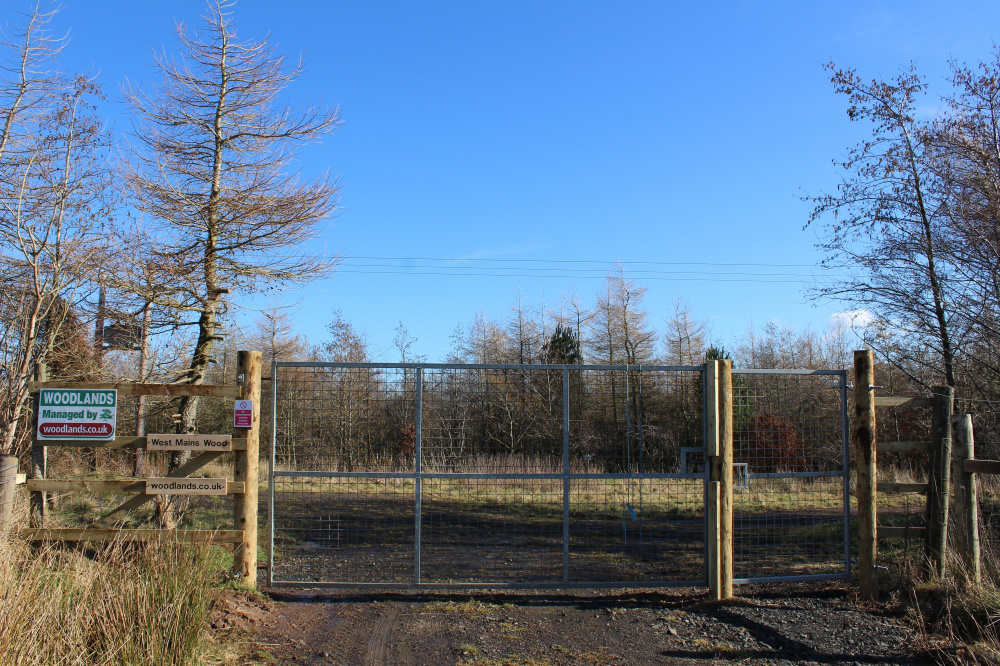 An interesting and unusual mixed woodland with a variety of habitats located in West Lothian, easily reached from Glasgow or Edinburgh.