Pilum Wood is located at the heart of a larger woodland landscape. Planted with conifers some considerable time ago, the trees have grown well and reached impressive proportions. On entering the wood an apparently dense stand of spruce hides a series of secluded level glades. Moving through, the wood opens out into well-spaced larch, transected by grassy rides and small seasonal watercourses. The northern half of the wood is largely level with a gentle slope to the south starting around the midpoint. A variety of native broadleaf seedlings are in evidence scattered throughout the wood, giving the prospect of greater variety and attractiveness as time progresses. A variety of woodland flowers create splashes of colour as they come to bloom as the seasons dictate.

The wood is planted with a more or less even mixture of Sitka and Norway spruce, with an additional stand of larch to the west. The spruce give year-round greenery, whilst the deciduous larch changes from a spring verdant green, through to an autumnal golden yellow. An occasional self-seeded intruder adds welcome variety by its presence; Scots pine and unusually large rowan, have been spotted between the conifers. Holly, rowan and hawthorn, all-important understorey species, have started to take a foothold, whilst the forest floor is a carpet of ferns and mosses.

A resident population of roe deer moves throughout the whole woodland and sightings within Pilum are not uncommon. A variety of small birds, tits, finches and the like, are supplemented by larger woodpeckers and jays. Mewling buzzards are regularly seen and heard through the open canopy.

At the end of the access track, a substantial hardstanding facilitates the management and use of the wood and would facilitate the stacking of harvested timber. A small bench has been created from local timber to encourage relaxation and taking time out to watch the woodland world go by.

A number of watercourses run roughly south to north. Although the water level varies considerably, it is enough to create its own valuable mini-ecosystem of damp favouring flora, adding greatly to the diversity of the woodland.

Access to the wood is from the B6307 and then along well-made forest tracks, a network of which run throughout the wood as a whole.

Within the wood, the well-spaced trees interspersed with open glades, makes traversing the wood a pleasant and easy experience. A small path leads from the hardstanding to a gently flowing watercourse.

The large amount of growing timber could be sustainably harvested as a domestic wood fuel source; this would also encourage a greater diversity of trees and flora to flourish in the space created.

The woods at Dilston were formerly part of the estate of the Radcliffes of nearby Dilston Hall. Now serving as a more useful specialist further education college, the hall was built to rival nearby 18th century mansions but was never completed. At the outbreak of the Jacobite Rebellion, work was suspended, never to be resumed. All that remains are the ruins of Dilston Castle, situated on the banks of the Devils water, a lively tributary of the River Tyne.

The name Pilum was chosen for the wood in recognition of the strong Roman influences in the area. A pilum was a spear, not dissimilar to a javelin, employed to great effect by ancient Roman foot soldiers.

The wood is part of a larger area of woodland which runs down to the River Tyne. The Tyne is considered to be England's best salmon river which together with sea trout runs gives the opportunity for excellent fishing. This is a quiet rural setting with many public footpaths with good walking. Nearby is Hadrian's Wall with the more challenging Hadrian's Wall Long Distance Path.

Pilum Wood is about ½ hour's drive west of Newcastle just south of Corbridge and 4 miles south east of Hexham.

Click here for Directions from Bing maps - enter your own postcode (Pilum Wood coordinates are already entered) and click on the blue "Go" box. This will take you to the parking area by the entrance.

• Pass the Physic garden at Dilston and turn first right continuing on the A695. Turn right onto the B6307 sign-posted Blanchland.

• Go under the power line, the entrance to Pilum Wood is from the second gate on the left.

• Go through the gate on foot and along the track, turn right at the track junction. Pilum Wood is at the end of this track with a sign marked ridestop entrance.

An attractive mixed conifer woodland within easy driving distance of Carlisle and Newcastle. 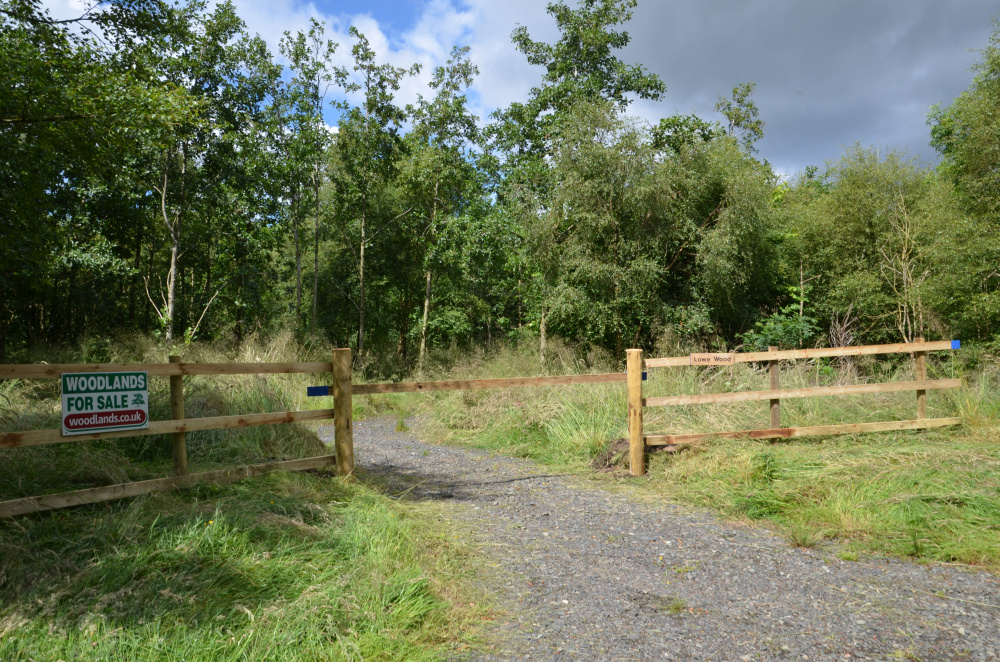 An interesting and varied mixed woodland set in rural West Lothian. Easily reached by road or rail from the main Edinburgh/Glasgow routes. 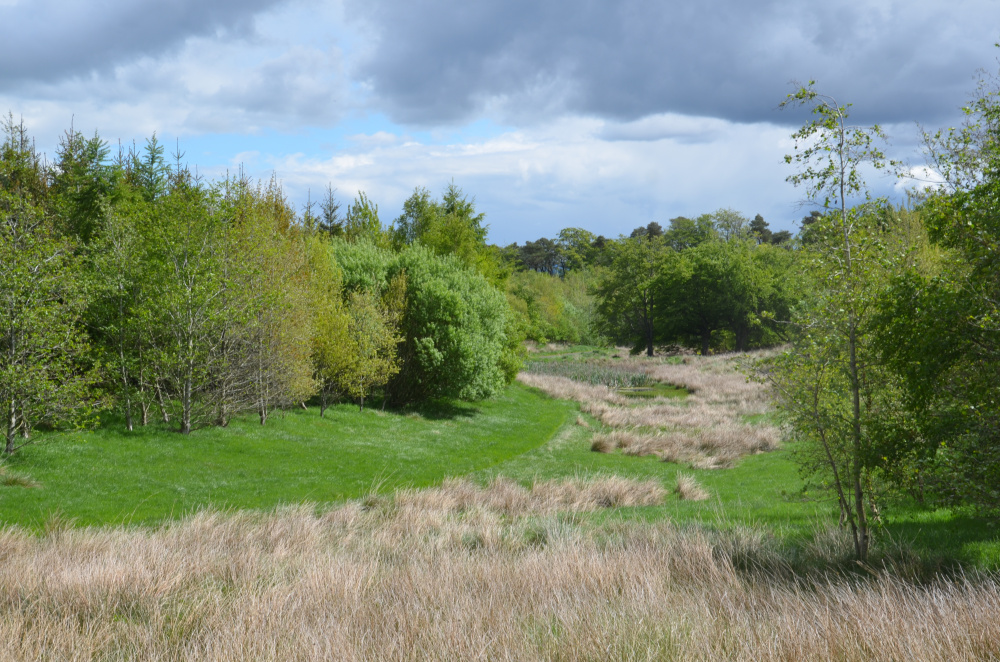 A delightfully varied and mixed woodland, featuring a small pond, located just south of the M8 between Glasgow and Edinburgh. 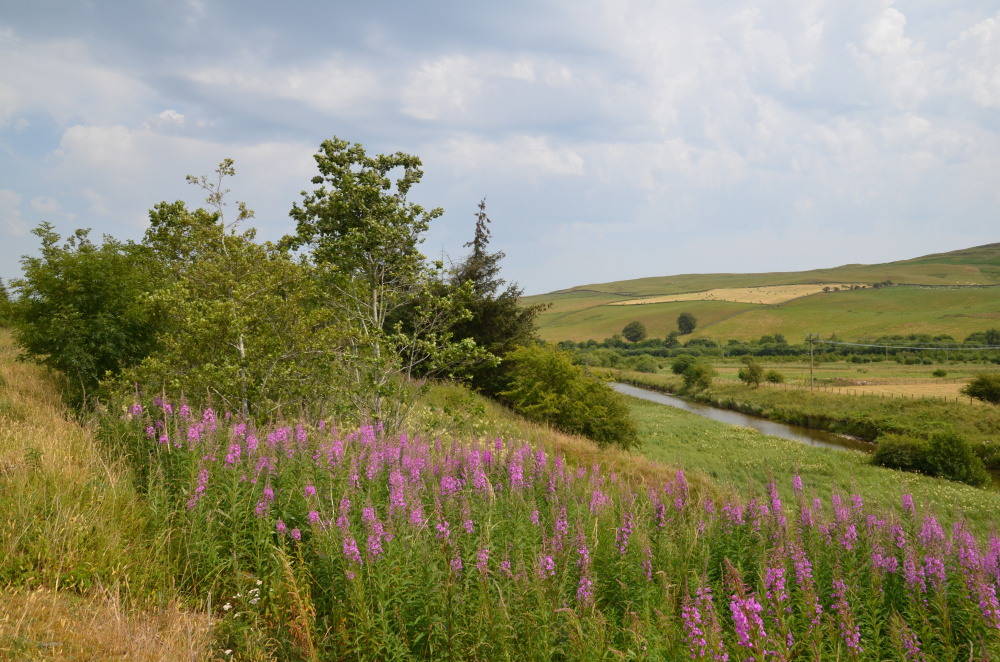 A mixed broadleaf and spruce woodland on the pretty banks of the Teviot Water, with stunning views and the benefit of being easily accessible from Edinburgh or the north of England.