You are here: Home > How to buy a woodland > Fishing and Hunting Rights in Scottish Woodlands

The laws and practice of hunting, shooting and fishing are fairly similar throughout Great Britain, governed by legislation such as Wildlife and Countryside Act 1981. However, in Scotland there are subtle differences that all woodland owners should be aware of.

The rights of public access to private land in Scotland are very different to those in England and Wales, as explained in our separate article on public access rights in scottish woodlands. The code of practice that governs access in Scotland has been formulated as the Scottish Outdoor Access Code. This essentially enshrines the public's right to wander private land, including woodlands, provided that they behave responsibly. However, the code expressly excludes right of access for hunting, shooting and fishing. To carry out any of these activities, a member of the public must have permission from the landowner; and in the case of deer stalking (the expression used for tracking and shooting deer), or fishing for salmon or sea trout, the permission must be in writing. It should be noted that unauthorised entry onto private land with a firearm is a serious criminal offence.

Ownership of the rights

If you own woodland in Scotland, you also own the rights to fishing and hunting on that land. Only one exception to this rule is found: the rights to salmon fishing are sometimes owned separately to the land. Woodland owners can lease the rights to hunting or fishing on their land to others.

In order to preserve stocks, the hunting and fishing of certain species is forbidden during certain times of their reproductive cycle. This is called the close season. Hunting and fishing of such species is permitted only during the open season. This applies to salmon, sea trout and brown trout; to game birds and wildfowl (see below); and to deer. In the case of deer, open and close seasons vary not only with the each species, but also with the genders, with the result that overlapping open seasons fill the entire year. During the open seasons, landowners (or those to whom they have granted permission) have unrestricted right to take as many game birds and wildfowl, deer, salmon, sea trout and brown trout as they see fit.

Strictly speaking, all wild birds in Britain are protected, and it is illegal to shoot them, trap them or take their eggs. However, there are certain notable exceptions, which come under the headings 'game birds and wildfowl' and 'pests'. Game birds include partridge, pheasant, grouse and woodcock; wildfowl include duck and geese. These can only be shot in the open season. Pest include woodpigeon, crows and magpies, and can be shot all through the year. For further details, visit the British Association for Shooting and Conservation (BASC)

Similar restrictions apply to shooting ground game, such as hares and rabbits. Here again, the landowner's permission is required. Hares have a close season, but rabbits (which are not categorised as game) do not.

Anyone fishing in rivers, streams and inland lochs must have the landowner's permission. Fishing for salmon and sea trout in any inland waterway without the legal right, or without proper permission, is a criminal offence. Fishing for any other freshwater fish without right or permission is a civil offence. For more information visit the fisheries section on the Scottish Executives website

The Deer Commission for Scotland (DCS) is the governmental agency responsible for the management and welfare of deer in Scotland. Its website gives information on when and how deer (in their various species) may be shot, and what to do if herds become a nuisance or hazard. Although deer on unfenced land do not actually belong to anyone, landowners have the right to exploit those that come onto their land. Deer may, therefore, be considered an asset which landowners ? if they so choose ? can profit from, for example by granting permission to hunters in return for payment. Landowners also have a responsibility to assist in the proper management of the herd, so that it does not become a nuisance or hazard elsewhere.

The DCS requires all landowners to submit a report each year on the deer culled (i.e. shot) on their land. These reports are called Statutory Records, and are used by the DCS to help them in the management and analysis of the herd and its welfare. The DCS sends out forms each April to the relevant landowners ? and all landowners who have culled deer are obliged to request a form if they have not been sent one. The form asks for the number and sex of each species of deer culled in the previous year, starting 1 April (so good record-keeping is an essential part of management); it must be completed and returned within 36 days of receipt.

Culling to stop damage by deer

Deer can cause considerable nuisance in a woodland, for instance by eating newly-planted trees. They can be controlled by culling during daylight hours in the open seasons. In cases where serious damage is being inflicted, it may be necessary to undertake night culling, or even culling during the close season. This is possible only with the express authorisation the Deer Commission for Scotland (DCS). To seek permission, the owner has to submit an application form to the DCS citing the species to be culled, the area where the culling will take place, and who will carry out the shooting. Within seven days after the expiry of authorisation, the applicant must submit a report on all deer shot.

Owners of firearms and shotguns must be in possession of the appropriate firearms certificate, issued by the local police authority under strict scrutiny. Anyone hunting game must also be in possession of a Game Licence, available from post offices (this does not, however, apply to wildfowl). In contrast to England and Wales, no national rod licence is needed to fish in Scotland.

Hunting with dogs (i.e. fox hunting) has been illegal in Scotland since 2002. 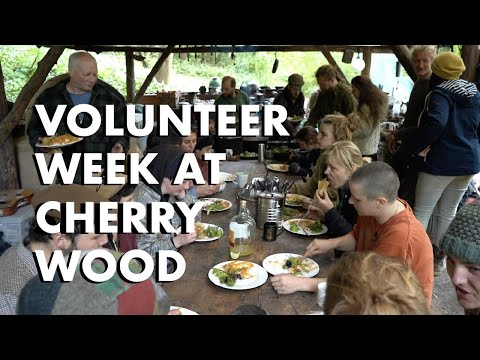 The Cherry Wood Project is a sustainable woodland management project. This film shows what goes on during... Watch video 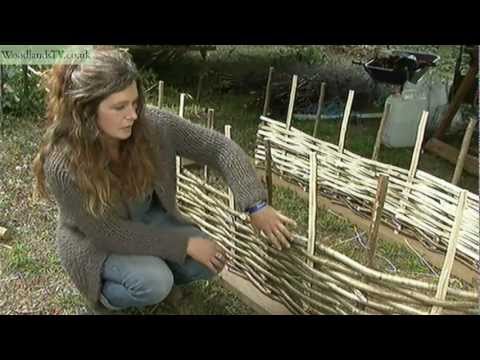 http:/// How to make a rose arch from hazel. Rose arches made from hazel are always an attractive addition... Watch video

Leaf Printing in the Woodlands 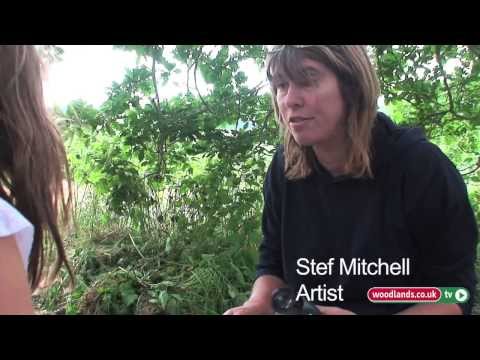 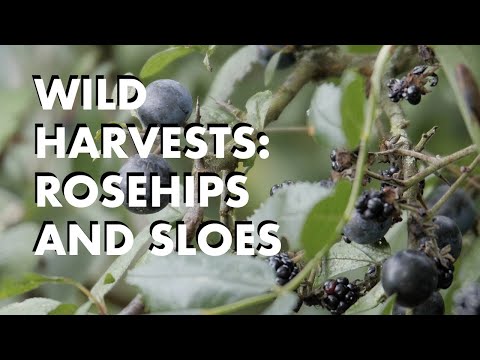 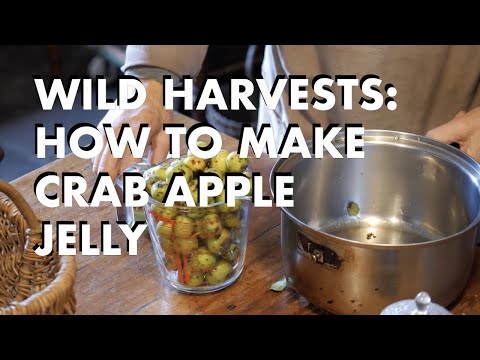 Fi invites us into her cosy kitchen to join her in making some delicious crab apple jelly. We also discover... Watch video 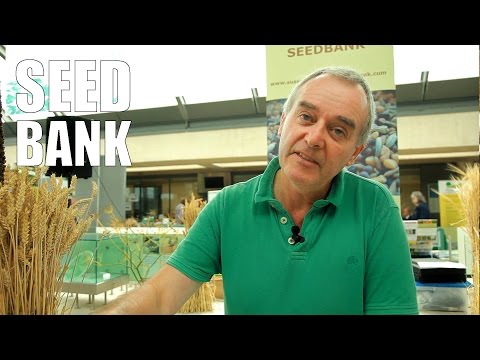 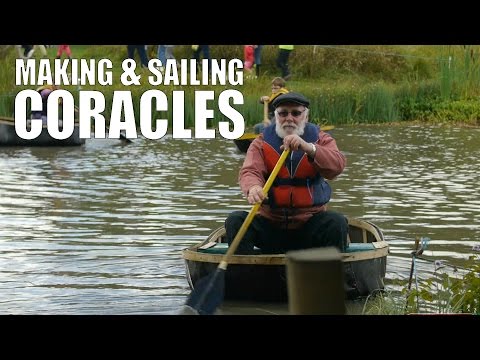 Dave Purvis, with the help of Ian Welford, describes how to make, carry and sail a coracle here at the... Watch video