Stark Wood lies close to Loch Lomond and is part of a wider mixed deciduous and conifer wood, known as Finnery Woodland. Being close and easily accessible from Glasgow, it will be of interest to those wanting to escape the hustle and bustle of the city.

A good track ensures that there is good access to the woods for all types of vehicles and a stoney hammer-head turning area is useful for both vehicles or stacking timber. The topography across Stark Wood is fairly flat and where numerous trails wander, it is easy to traverse. A path has been opened up to the western boundary; more work could open up more of the central area without encroaching upon its privacy. There is a real sense of quiet, peace and tranquility with the woods within Finnery, helped by being surrounded by fields and farmland.

The original plantation was harvested some time ago and since then nature has been allowed to take its natural course. The lack of interference has benefitted the woodland diversity greatly, creating an incredibly wild feeling in the growth and regeneration. As with most woodland, the pioneer species have set the pace. The predominant pioneer has been the beautiful birch, which has provided a sheltered haven for other species such as western hemlock, black pine, rowan and willow. There is a large central area dominated by rhododendron, creating a hidden citadel waiting to be explored.

The woods are a haven for woodcock. These largely nocturnal, bulky wading birds with a long bill, are experts in camouflage, enjoy dense cover and can be quite elusive. Rising quickly, they can startle the unwary pedestrian! But as with many indigenous birds, they are in decline. Deer also move through the woods and a well placed trail camera is sure to provide some evidence of their movements.

There is a stream flowing along the northern boundary between the woods and the neighbouring fields and is a great draw to both mammals and birdlife alike.

Access from the main road is over a shared stone track, entrance to the main woodland is through a lockable wooden gate. There is also a pedestrian gate. The track leading to the individual woods are of good condition with little maintenance required. Some paths have been opened up but there is plenty of scope for further work.

All sporting rights are sold with the woodland.

This young woodland would be a great site to explore and practice bushcraft skills. There is incredible diversity of flora and fauna, with plenty of shelter for birdlife and larger mammals within the trees and rhododendron.

It is also well placed for exploration further afield of the Trossachs and Loch Lomond.

Camping overnight and sharing the space with the nocturnal visitors would be rewarding.

People have been living around the shores of Loch Lomond for several thousand years and by the 3rd century AD, the Loch Lomond area had become the junction between three significant kingdoms; Pictland to the east, Strathclyde to the south and Dalriata to the north west. Clach Nam Breatann, "the stone of the Britons", marked this junction and still stands today in Glen Falloch.

Nowadays the three kingdoms have been lost to the mists of time and in its place there is an influx of tourists using Loch Lomond as the gateway to the Highlands. Despite the passage of modern times, the area has managed to retain a reputation as a profoundly spiritual destination.

The surrounding area of Loch Lomond and the Trossachs gained much popularity with the publication of Sir Walter Scott's 1810 poem 'The Lady of the Lake'. The poem gives a roll call of Trossachs place names, the lady herself being found on Loch Katrine. Scott followed up with his 1817 historical novel Rob Roy, romanticising the outlaw cattle thief Raibert Ruadh born by Loch Katrine and buried at nearby Balquhidder.

Stirling, with its beautiful castle, is just a 30 minute drive away with direct links south to Edinburgh or north to Perth.

Sat nav will get you to Finnery Road but will not get you to the entance to the woods. 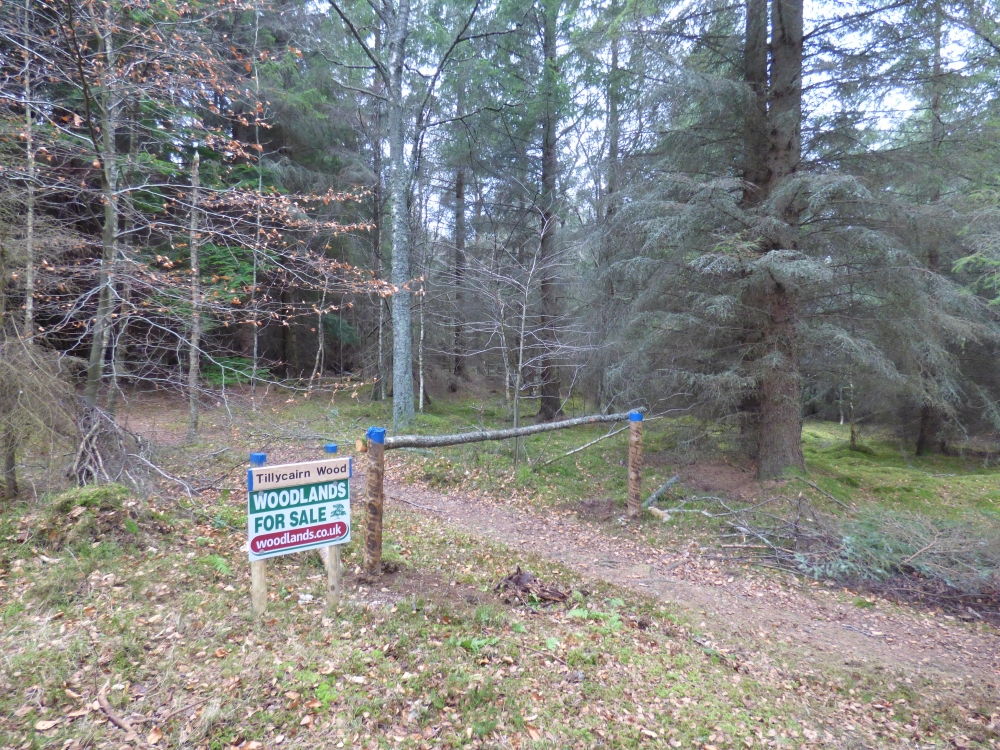 A vibrant mixed woodland in the heart of Aberdeenshire, not far from Aberdeen or the Cairngorm National Park. 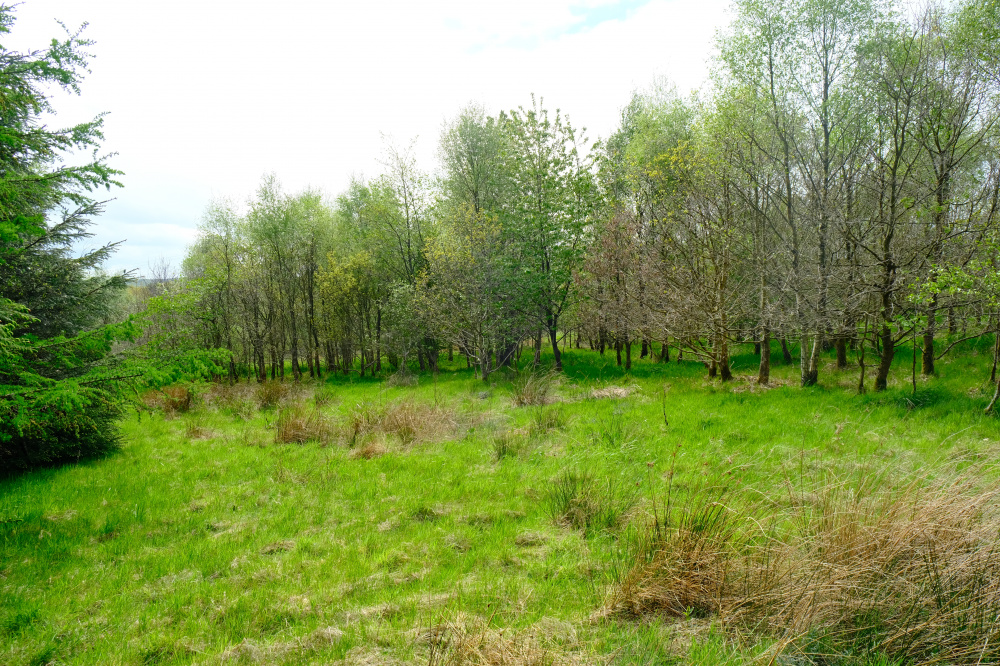 A young diverse woodland, easily accessible from Edinburgh and Glasgow. 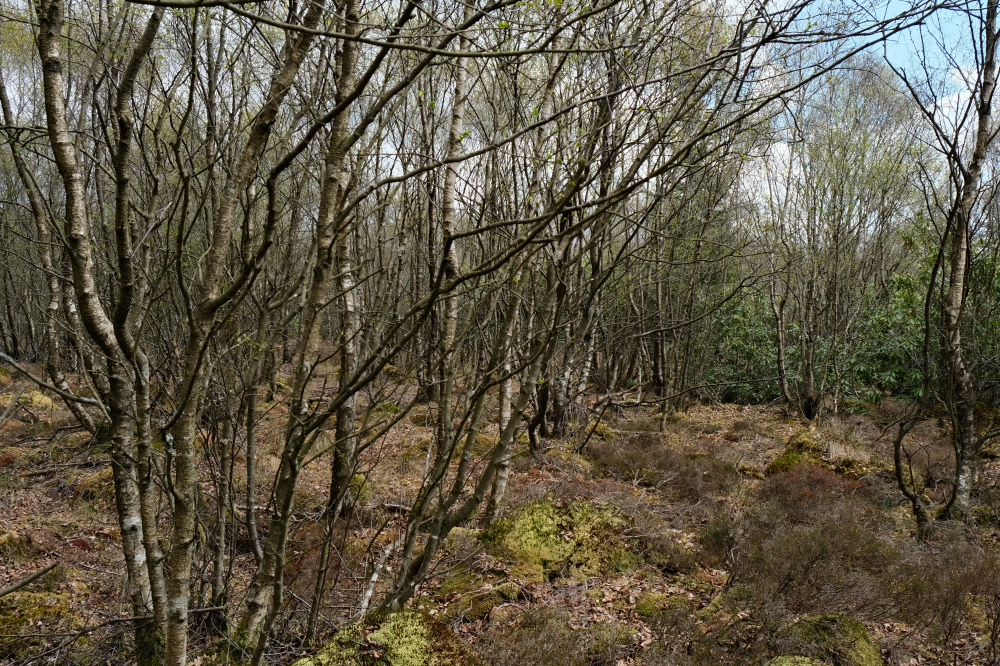 A beautiful tranquil location near Loch Lomond, far from the madding crowds.