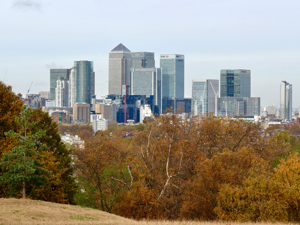 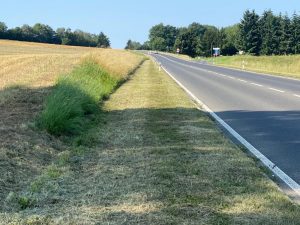 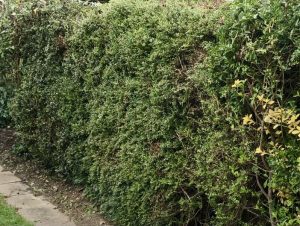 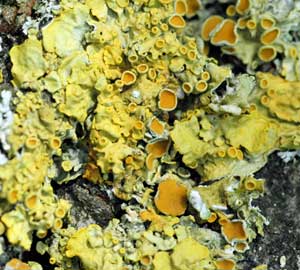 In winter, woods can seem a bit ‘naked’ and empty. Trees and shrubs have entered into a dormant state in order to survive the rigours of the winter months. Their buds await the signals that herald Spring. Many birds will have migrated to warmer climes, some animals will be hibernating. Many insects will be spending the winter as eggs or pupae, whilst herbaceous plants will over-winter as seeds, corms or bulbs.

But on the bark of many trees and on the surfaces of fences and walls, there will be lichens – they are there in summer, winter, spring and autumn.  Lichens are rather unusual in that they are an amalgam of two (or occasionally three) organisms : a fungus and algae. They are symbiotic systems, where two partners work together for mutual benefit (occasionally there are more than two partners). The fungus makes up the bulk of the lichen’s structure (known as the thallus), but the algae (green algae or cyanobacteria) are essential as they can photosynthesise and provide the organism with carbohydrates.  The nature of the biochemistry and physiology of the lichen symbiosis is largely due to the pioneering work of Dr David Smith at the University of Oxford in the 1960's and 70's. END_OF_DOCUMENT_TOKEN_TO_BE_REPLACED 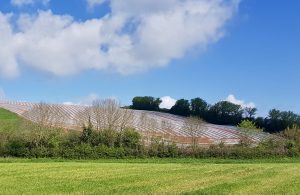 Plastic mulch - white (though sometimes black) polyethylene strips, each about a meter wide, can occasionally be seen stretching across fields.  Crops grow through the slits or holes in the thin plastic sheeting. The sheets are used because they help to

END_OF_DOCUMENT_TOKEN_TO_BE_REPLACED 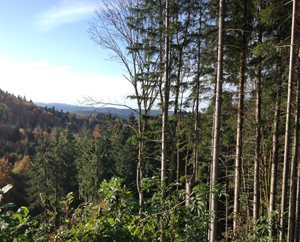 For some years now, the United Nations has promoted an ‘international day of forests’.  Essentially, the day is a celebration of forests and woodlands; it seeks to raise awareness and importance of all types of woodland (large or small).  Woodlands and forests offer a wide range of ‘ecological services’ : END_OF_DOCUMENT_TOKEN_TO_BE_REPLACED 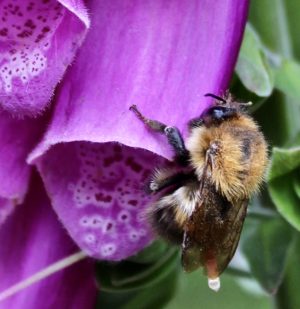 We are seeing increasing interest in the forestry industry in ‘Natural Capital’ – defined in simple terms as the wide range of benefits derived from nature.

What is it?
‘Natural Capital’ refers to the value forestry and woodlands offer above and beyond commercial timber value. This includes the benefits and services that a woodland may offer such as cleaner air, flood defence, climate regulation, pollination or recreation and health benefits. This is not a new concept to owners of small woods who have long considered the value of their woodlands to be so much more than value of the trees themselves. END_OF_DOCUMENT_TOKEN_TO_BE_REPLACED 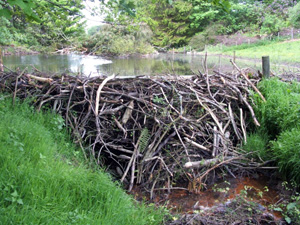 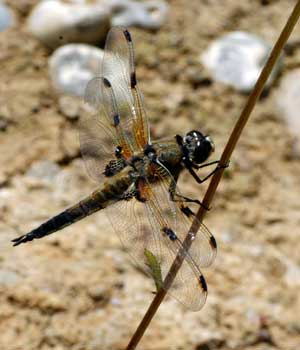 Many parts of the UK have recently experienced the driest October to March period for a long time.  This was followed by two relatively dry Spring months - April & May.  The Met Office Map of the UK found here - shows the rainfall pattern across the country as a percentage of the average rainfall for a 30 years period.

This has not only affected gardeners and farmers but river systems across the United Kingdom.  This is bad news as many rivers have already had too much water taken from them (abstracted) - for farming & industry.  The problem of over-extraction of river water is not helped by the fact that one fifth of all piped water is lost through leaks.  Thames water was recently fined millions for failing to reach its leak reduction targets. END_OF_DOCUMENT_TOKEN_TO_BE_REPLACED 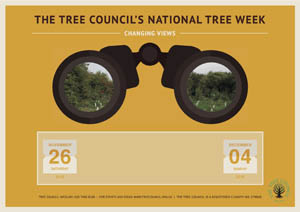 National Tree Week is approaching;  it is organised by The Tree Council.  This year, it runs from the 26th November to the 4th December.  This year's poster for the week is the headline image (opposite) *. The main aim of the week is to encourage the planting of trees.  Tree planting is important as many of our trees are now under threat, for example, bleeding canker and the leaf miner moth can attack Horse Chestnut, whilst the Ash is succumbing to Ash Dieback (Chalara). END_OF_DOCUMENT_TOKEN_TO_BE_REPLACED