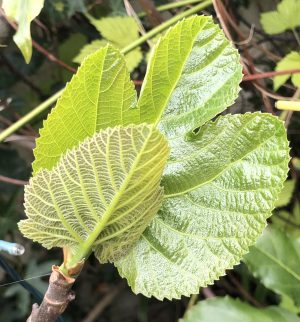 Figs can grow as rather straggly bushes or tall trees; they are native to the Middle East and parts of Asia. Evidence of fig ‘cultivation’ has been found in a neolithic settlement in the Jordan Valley - many thousands of years ago. In Ancient Greece, Aristotle described in some detail the biology and cultivation of the fig. Figs were said to be responsible for the death of Augustus (first emperor of Rome), as his wife Livia smeared the figs in his garden with poison - allegedly. Figs were cultivated in Pakistan through to the Mediterranean and Portugal; they were later introduced to the “New World” and have been grown extensively in areas like California since the late 1800’s, forming a valuable part of the local economy.

Figs belong to the same family as the Mulberries (Morus alba & nigra) and the breadfruit (Artocarpus altilis) - the Moraceae.   The fig can grow to a height of some 10 metres and it is deciduous.  Its large, deeply lobed leaves are shed in autumn - leaving noticeable leaf scars on the stems. The surface of the leaves has a ‘rough’ texture.  The bark is a dark grey, slate or brown colour. If the young shoots / leaves or developing figs are cut, they may exude a milky sap (latex) - which can cause skin irritation. 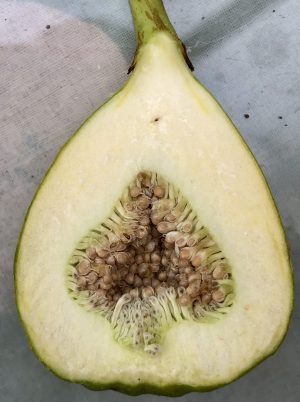 The trees / shrubs have been grown since ancient times - as a source of their fruit - the fig.  Its roots penetrate to considerable depths (often down to the water table), it is a phreatophyte. The root  system enables the plant to grow in inhospitable, dry and even rocky places.

The fruit - the fig,  is not a ‘straightforward’ fruit.  It is a complex structure called a synconium, a hollow-ended stem structure containing many unisexual flowers. The flowers are not seen outside this structure.  The structure / synconium also has a small hole - an ostiole, which allows a tiny wasp (Blastophaga psenes) to enter and pollinate the flowers, which then develop seeds. (details of the complex role of the wasps in pollination can be seen in a video here or see p336-338, Mabberley’s Plant Book).  The synconium matures and contains a number of one seeded fruits (druplets).  The mature fig is one to two inches long; it starts with a green ‘skin’ that usually ripens to a purple or brown colour. 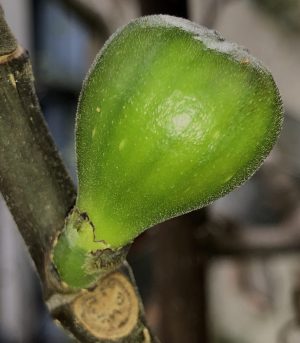 in natural sugars, minerals and soluble fibre. The minerals include potassium, calcium, magnesium, iron and copper and figs are a good source of antioxidant vitamins A and K that contribute to health and wellbeing.  Figs are a good way to add fibre into your diet, dried figs particularly can provide a significant amount  of fibre,   Syrup of figs used to be sold as a natural remedy for constipation.

The most common form of Fig grown in the UK is probably Ficus carina ‘Brown Turkey’, often seen on sale in garden centres.  This has all female flowers that do not need to be pollinated for fruits to form; the fruit develops through parthenocarpy, ie. fruit production without the involvement of pollen grains.  Parthenocarpy is often a desirable characteristic in fruit crops that might be difficult to pollinate or fertilise, such as tomatoes and summer squash ; interestingly it is thought that the oldest known cultivated plant was a parthenocarpic fig, (as mentioned above), that was grown in the Jordan Valley. 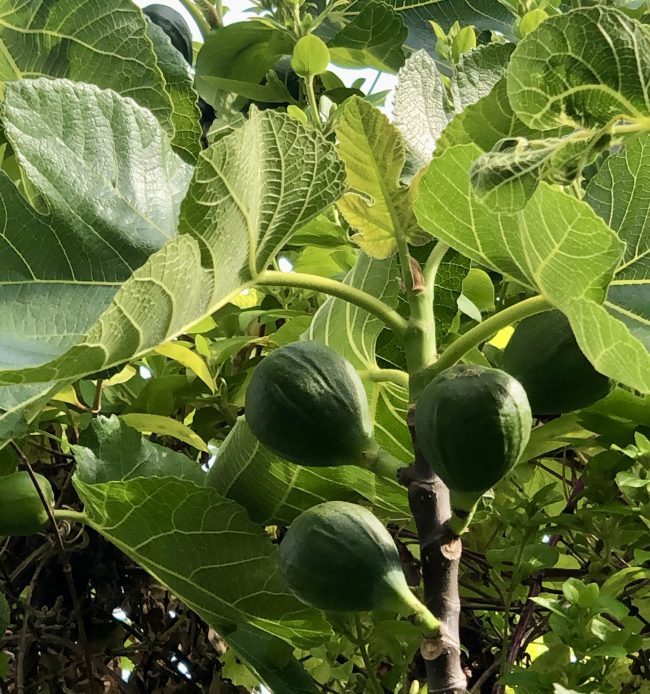 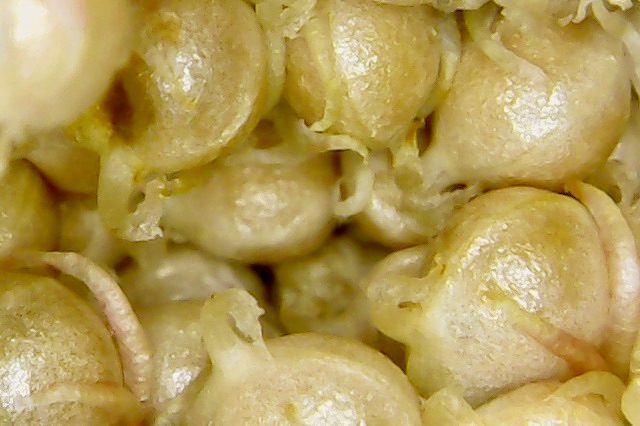 Interior of a fig