Unusual or exotic trees : The Walnuts. 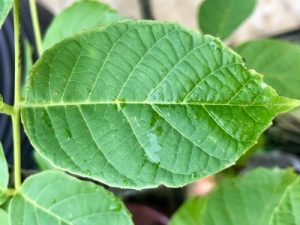 There are two main species of walnut tree - Black Walnut and English (or Persian) Walnut.  Walnut trees are often grown in the U.K. as an ornamental or specimen tree in parks or gardens.  However, there are areas where the trees are grown for their timber or the nut crop.  The Black Walnut (Juglans nigra) is native to eastern North America; Missouri is one of the top producers of the nuts.  Whilst the nuts have an intense flavour, their tough coats represent a challenge.

Black Walnuts have had a number of uses over the years, some of them associated with the U.S. military.

The Black Walnut (Juglans nigra) has been grown for its timber since being introduced to Europe from North America probably late in the seventeenth century. It is faster growing and more resilient to honey fungus than English Walnut. It is possible that with climate warming the range of suitable suites for it in England and Wales will extend. 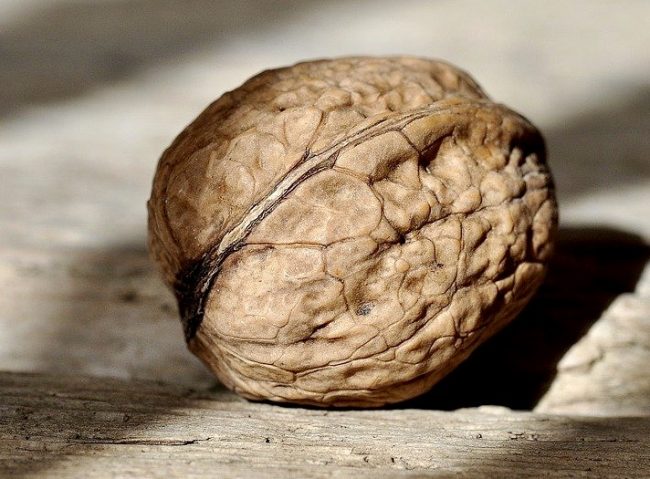 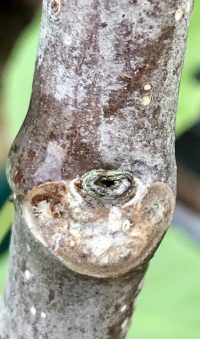 The English Walnut (Juglans regia) originated in central Asia, it was probably introduced by the Romans. It is still to be found in significant numbers in Tien Shan in Kyrgyzstan, where it provides food, timber and fuel.   The actual nuts of the tree are rich in polyunsaturated fatty acids (particularly the essential fatty acids : linoleic and linolenic acids), manganese and B vitamins.  It is important that walnuts (like peanuts) are stored properly so that the fungus (Aspergillus) does not grow on them - otherwise the toxin AFLATOXIN is formed which is a potent carcinogen.

The actual nuts look something like a small brain - with its various folds and fissures. In times when the Doctrine of Signatures was in vogue, it was thought that eating walnuts was good for the brain,  especially so, as the nut is encased in its own ‘cranium’ - the outer shell.

Walnut trees are interesting in that their roots secrete chemicals that inhibit the growth of other species - a phenomenon known as allelopathy.  That having been said, they may be grown alongside Alders (Alnus sp).  Alders are capable of fixing atmospheric nitrogen by means of their root nodules, and they seem to encourage the growth of the Walnuts.

Yes, an autocorrect slipped in.

Great article.
Brilliant crop this year from our English Walnuts
Sorry to be a pedant: but I thought it was Juglans regia, not J. regis.