Emily Carr – painter of trees and woodlands in Canada. 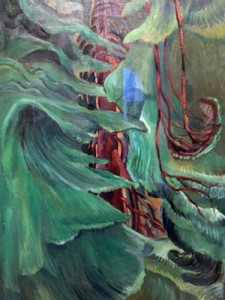 Fabulous paintings of trees and woodlands are currently on display at Dulwich Picture Gallery where there is an exhibition of the work of Emily Carr (1871 - 1945) They typically depict the native trees of the Pacific coast of Canada where Carr grew up and later settled, having first studied art in London, San Francisco and France. She used broad brush strokes and vivid colours in a style heavily influenced by her time spend in Europe in 1910/11 studying the post impressionists.

Emily Carr was working shortly after the Canadian epidemics of the 1860s which killed half the indigenous population. As a result local people developed both an awareness of the fragility of life and a heightened concern for the natural environment. As Carr said, "it is wonderful to feel the grandest of Canada in the raw." Of course one has to remember, too, that people at that time were very much closer to nature in their daily lives: for example travel for Emily Carr would have been mostly by horse, food would have been more seasonal and without air conditioning the weather would have been much more immediate.

She was born the second youngest of nine and was given her mother's name, Emily. Her father, a successful merchant, encouraged her creativity but also brought up the children with lavish English customs and decor in a splendid home on Vancouver Island. Unfortunately both her parents died young when she was only twenty and Emily then pursued her instincts and studied art more formally in San Francisco. After that she also studied in London and in St Ives in Cornwall. She must have been a strong character, perhaps even slightly abrasive, because when she was teaching art in Vancouver around 1905 at the "ladies art club" she was so unpopular that her courses were boycotted - apparently in class she smoked and cursed her students.

As she matured Emily Carr's painting moved from a preoccupation with indigenous peoples and customs to a greater interest in trees and forests. She was very in tune with her surroundings and said at one point, "I sat staring, staring, staring - half lost, learning a new language or rather the same language in a different dialect. So still were the big woods where I sat, sound might not yet have been born." She became good friends with the famous "group of seven" Canadian painters, particularly Lawren Harris. We have written a blog about them too.

Like many artists her talent wasn't recognised until later in her life, by which time she was already suffering health problems, and she was even more widely celebrated after her death. 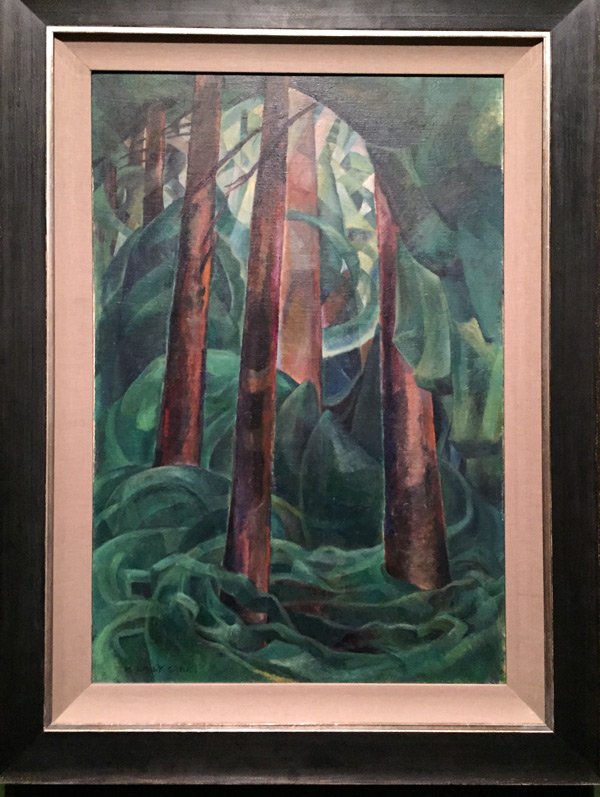 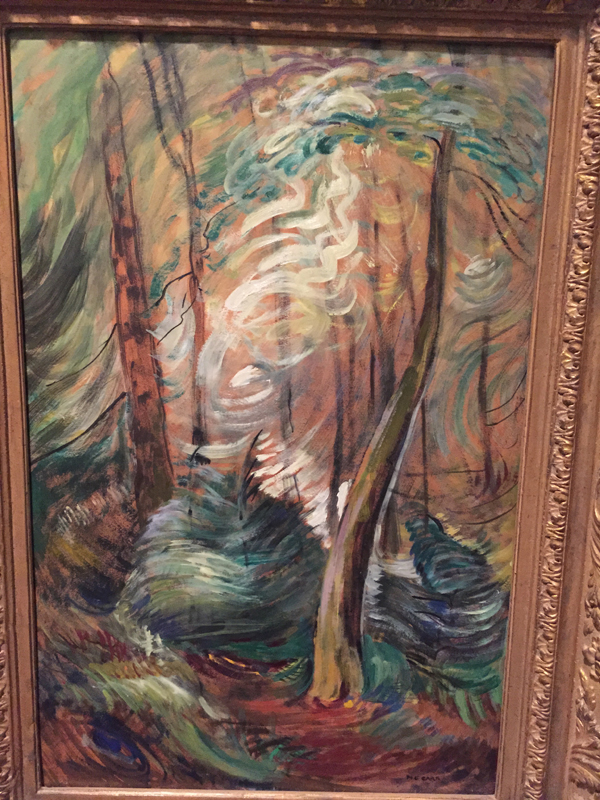 I use the work of early 20th century Canadian nature painters like Carr in my teaching of landscape art because they were so close to nature in their practice of drawing and painting. Carr’s trees are alive and her forest landscapes have a numinous presence, a spiritual feeling she no doubt derived from being close to nature and far from urban life.

Angus, this is a fascinating article! I’d heard of the Algonquin School but had never looked into their work. I think I’ll have to correct that. Thanks for this!