“Make me something beautiful…” 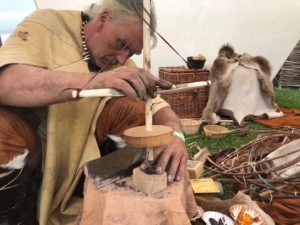 Ever since neolithic times humans have been making beads.  Gareth Riseborough is copying the methods that stone age man (and woman!) would have used to make beautiful jewellery.  By studying archeological remains and by experimenting with what works he has shown that you can use stones from your woodland, or from a beach, to create fashionable ornaments.

At the 2019 Bushcraft Show in Derbyshire Gareth showed me how he makes beads from Kimmeridge Shale which he found in Dorset on the Jurassic coastline.  Collecting the shale was treacherous because of the dangerous tides.  Even armed with tide tables Gareth felt at serious risk when gathering his shale.  This gives us some idea of the length to which ancient people would have gone to get their materials - searching beaches, mountains and forests.  This shale is millions of years old but is still "alive" - if it heats up too much from modern central heating it becomes brittle, but at least it's relatively easy to work with.  Gareth creates a paste with a mixture of sharp sand and water to work the shale into rounded shapes and at the moment he's using sand which he personally collected from the Orkney Islands. 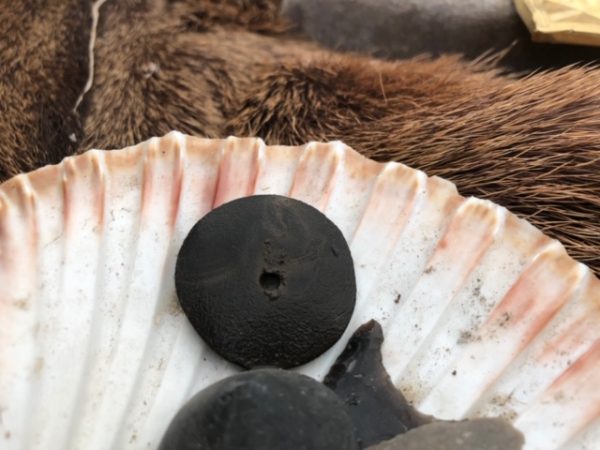 Once the bead has been shaped it needs a hole drilled in it so it can be attached to a leather string.  For this Gareth uses a pillar drill he's made using a likely pre-historic design  - an early "cordless drill" -  which is itself like the ones used by neolithic people, as well those used by ancient Egyptians. 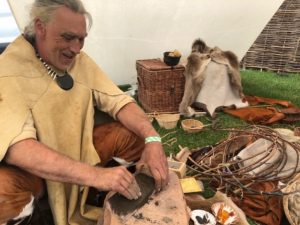 As a drill bit, a piece of flint or bone would have been used.  Once his bead has a hole in he uses a finer grit to smooth it and later a leather pelt to polish and finish the surface.

Together with his wife, Sally Pointer, Gareth has specialised in all sorts of historic replicas and interpretation.  For example they have studied the history of soap and perfumes as well as historic knitwear, discovering how the earliest inhabitants of Britsh Woodlands would have lived.  You can see lots of their work on www.sallypointer.com.  Sally told me that the latest fashion has always attracted people and this would have been just as true in pre-history as it is today - "novelty is never out of fashion." 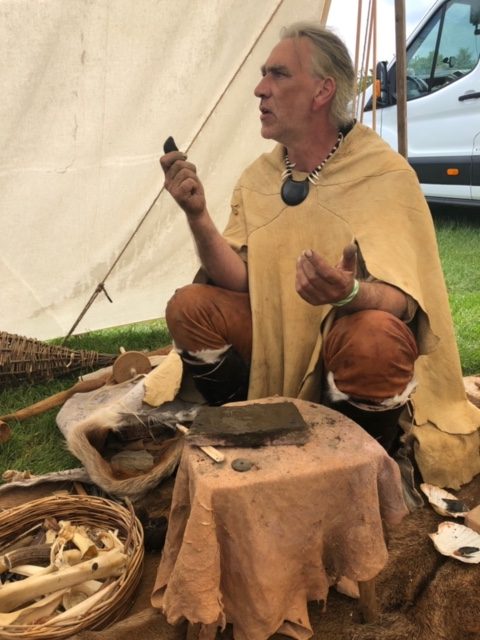