Can woodlands and forests ‘overcome’ drought? 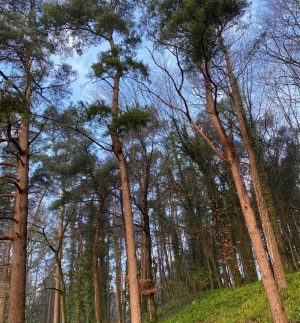 One particular concern of continued climate change and global warming is drought.  Not only will drought affect people but also plants. Droughts can inhibit the growth of trees, or kill them.  Over time, they can change the species make up of woodlands and forests.   If woodlands and forests experience drought then this will seriously impact their ability to absorb carbon dioxide from the atmosphere - they act as carbon sinks and help mitigate climate change.

Recently Tom Ovenden et al from Stirling University and Forest research at Roslin have focused on the effects of climate on Scots Pine.  Scots Pine is a widely distributed tree across Europe and often planted for its timber.  It is a ‘favourite’ with red squirrels.  The research team examined the trees in a pine forest that was planted (near Inverness) back in 1935.  They examined tree rings from trees from high and low density stands.  A ring forms each year and the width of the ring is a measure of the growth the tree has achieved in a particular year.  Wide rings indicating substantial growth.  The width of the rings was then correlated with climate records.  The rings formed in ‘drought years’ was compared to growth in average (non drought) years, and to the rings formed in ‘post drought’ years. 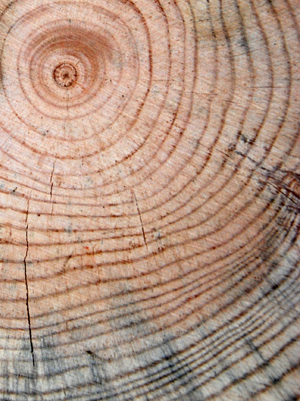 The research found that :

This enhanced growth did not occur indefinitely but it was nevertheless significant, so the effect of the drought was less than anticipated.  Clearly, if droughts come ‘thick and fast’ then this ‘benefit’ will be lost.  It remains for further research to determine whether or not other tree species have the capacity for enhanced growth after drought.

There is an excellent video of this research work here

Enhanced or compensatory growth after environmental stress has been seen seen in other organisms.  For example, the female greater wax moth (a pest of the honey bee) shows rapid growth after a period of food deprivation (though this comes at a cost - a shorter life span).