In praise of hoverflies 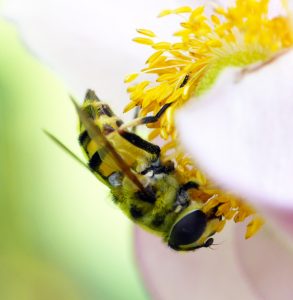 The hoverfly is so named because it does hover, its flight path is  somewhat hesitant, moving along in a sort of zig-zag at times; it is sometimes mistaken for a bee or a wasp due to its colour and 'stripes'. There are roughly some 6,000 species of hoverflies.  Hoverflies are to be found on every continent  with exception of Antarctica (plus some small, remote islands); and in many different biomes .

Like bees and bumblebees, hoverflies are pollinators but bees and bumblebees have had a ‘better press’ - known as being important for the pollination of many fruit and crop species. Now Dr. Wotton and his team [at Exeter University] suggest that hoverflies are sometimes more effective pollinators than bumblebees / bees and that their role in fertilising crops might have been underestimated.   It is thought that hoverflies could prove to be useful pollinators where bees do not ‘perform’ well; i.e. outside of mediterranean or temperate habitats / climates, where temperatures are lower.  The flies carry pollen over considerable distances and may visit isolated plants. 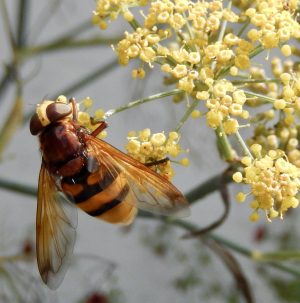 It has been shown by Wotton et al that between one and four million hoverflies migrate into and out of southern Britain each year.  Such numbers can equate to eighty tons of biomass.  This massive movement (or bioflow) of insects occurs high up in the atmosphere; it results in the movement of tons of nutrients [in the form of nitrogen and phosphorus, both important plant nutrients].   These nutrients are released through the decay of the dead bodies of the insects, their shed exoskeletons and their waste products.  The movement of the hoverflies also results in billions of pollen grains moving between across the Channel. Long distance movement of pollen may help contribute to  greater outbreeding in various plants species, promoting variability in their populations.

These insects not only act as pollinators but they are also important predators; it is estimated that their larvae eat trillions of aphids 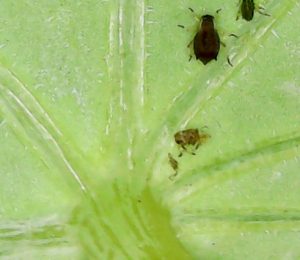 - which are often threats to farmers' crops.

In summary, hoverflies provide a number of ecosystem services and their importance should not be under-estimated.

For further and much more detailed information - see  the paper https://royalsocietypublishing.org/doi/10.1098/rspb.2020.0508 by Dr. Karl Wotton. 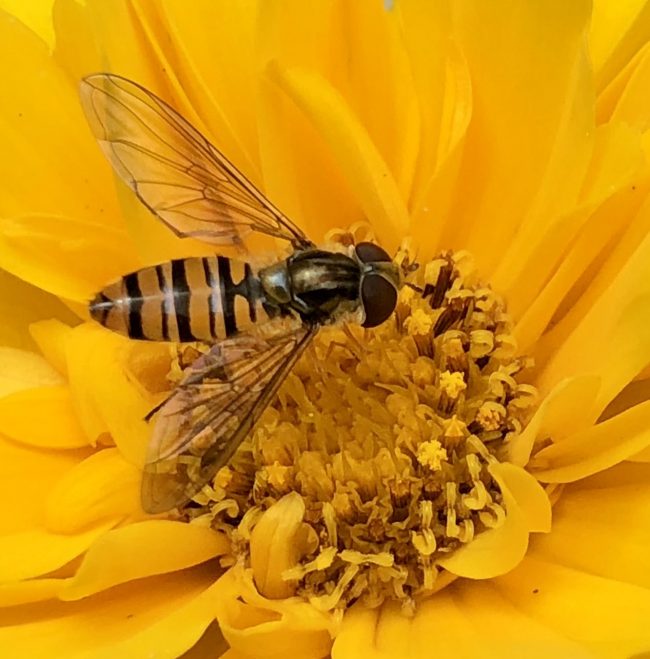 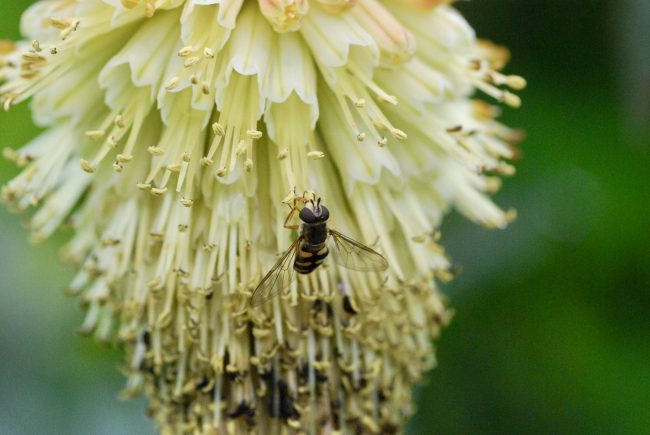 Thanks for this information I will now help hover flies in the same way as I do bees I do get lots in my Hampshire garden. Certainly my fruit trees have benefitted from them this year but I now know they are helping which I was never sure of before. A timely piece of research. I have always watched hovers for their odd flight pattern which is so fascinating. This year I have seen far more than before but maybe I have been in the garden more.