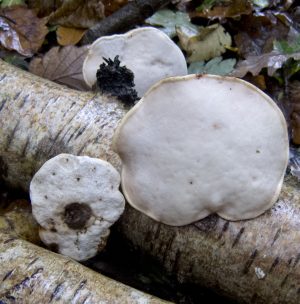 Interestingly, Otzi carried a copper axe and MRI scans indicated that he died from an arrow wound (in the left shoulder).   He also had a small bag or pouch which contained walnut-sized lumps of a fungus. 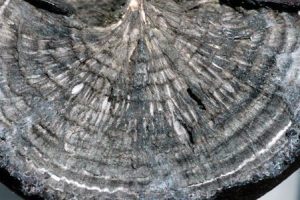 Originally, the material was described as tinder from  from the tinder polypore [Fomes fomentarius] which can beuseful in starting a fire (rather like King Alfred’s cakes).  However, Austrian microbiologists have now identified the fungus as the fruiting body of the birch fungus, Piptoporus betulinus aka Fomitopsis betulina. Both Birch trees and the fungus are common in cold / alpine environments. The fungus is a polypore and a parasite that slowly kills the birch before ‘digesting’ the dead tree until there is nothing left.  A healthy tree might contain the spreading fungus and survive.  But, if a tree is already diseased or aged and becomes infected, then  the fungus is able to capitalise on the tree’s weakened condition and the fungus will start to secrete ‘digestive’ enzymes to break down the host tissue.  The fruiting bodies or conks are annual, and unlike other common bracket fungi which may live for years, they are often attacked / eaten by insects.

This fungus and others have been used in central European ‘folk medicines / remedies’ for the treatment of various conditions, and records indicate that it has been used in pain relief, the dressings of wounds and also as an antiseptic. So it might be that Otzi was not carrying a ‘tinder box’ but rather a simple medicine pouch that could treat his injuries / ill health. 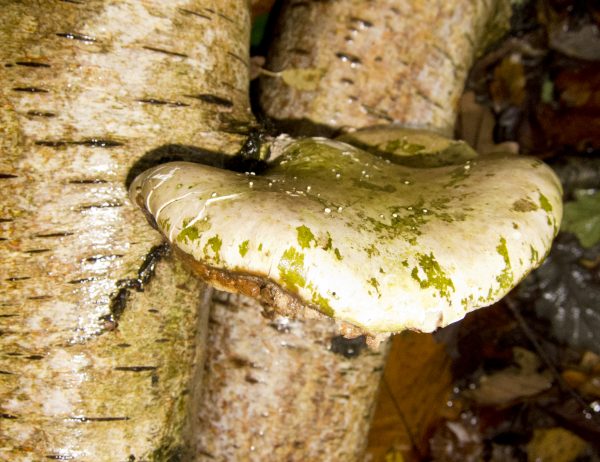 If the fungus is ingested, it can bring on short bouts of diarrhoea. It is known that Otzi was infected with various parasitic intestinal worms.  The fungus also contains substances that are toxic to various bacteria, for example,  piptamine; this is one of the fungal self-defence mechanisms against bacteria.  However, Piptamine is not the only pharmacologically active compound and extracts from the fungal body have effects on the growth of tumour cells (in cell cultures).  Also present in the birch polypore are β-glucans,  one of which has been shown to speed up healing by ‘encouraging’ the movement of cells to the wound site.  The cell wall material (chitin / chitosan) of the fungus has also been investigated for wound dressing / treatment. 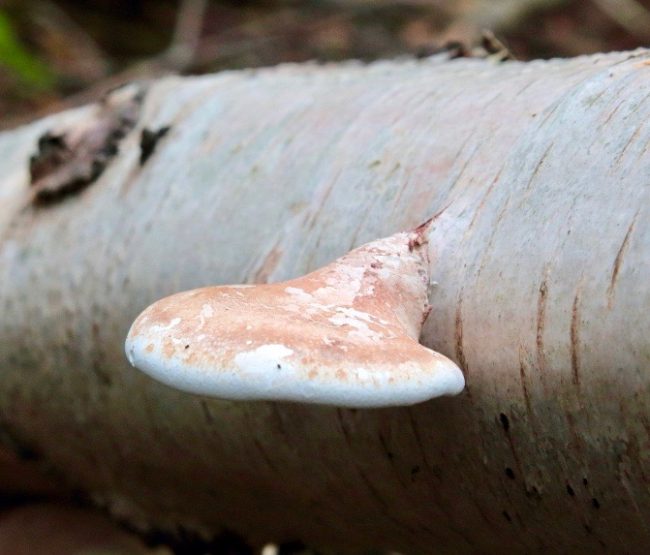