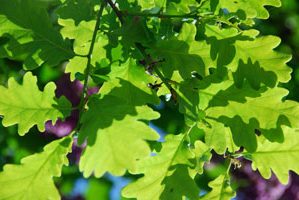 Ecology is concerned with understanding the relationships between organisms, and their relationship with their environment.  This can involve how climate and soil influence the growth and development of organisms. Ecological studies may focus on a particular organism (autecology) or specific areas. One area that has been intensely studied is Wytham Wood, which lies just outside Oxford.   The area includes ancient semi-natural woodland, secondary woodland, grassland and ponds. It is a designated SSSI, where some 500+ plant species and 800+ lepidopteran (butterfly and moth) species have been recorded. Records of bird populations go back some sixty or more years (with the work of David Lack and others); other ecological studies with long-term data include those on badgers,  and also work on climate change. Wytham Wood belongs to Oxford University. Historically speaking, it is possibly the most intensely studied woodland in the world. 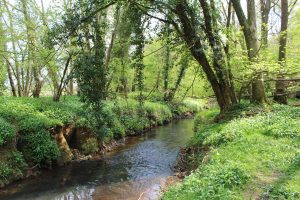 However, Harvard University also has its own woodland / forest at Petersham (in Central Massachusetts), this too has been subject to intensive study and now it is monitored by a complex network of digital equipment.   The woodland is connected to a vast array of sensors, data-loggers, and computers. Sensors and monitoring devices record information about the trees, leaf cover, bird vocalisation, insects and other animals, the flow rate of streams, the pH of the water, air speed (the wind), humidity etc.

Recently, scientists from Harvard, MIT and Boston University have been studying the effect of outbreaks of the gypsy moth on oak trees (Quercus rubra & Quercus alba) in the Harvard woodland.  Thousands of trees died as result of successive outbreaks (2016 - 2018) of the gypsy moth, as its caterpillars ravaged their leaves.  Despite these losses, thousands of other trees were resilient and survived the repeated onslaughts of the voracious caterpillars. 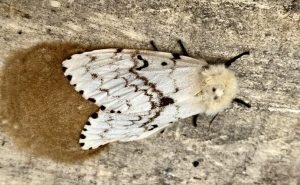 The caterpillars defoliated the trees, depriving them of their capacity for photosynthesis, and therefore their ability to make sugars and form starch.  In a normal year, the oak trees ‘plan’ for ‘hard times’; storing some of the food they make during the growing season in the stems and roots. The stored food reserves allow the trees to create a new flush of leaves after an insect outbreak.  Thus, the key to their survival seems to reside in their carbohydrate reserves (ie. stored sugars and starches).  However, repeated moth / caterpillar attacks can deplete these reserves, breaking the trees’ resilience. 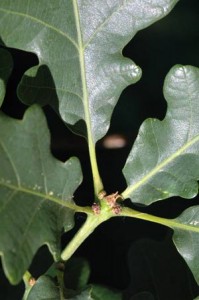 The trees that died were found to have very low energy reserves (less than 1.5% dry weight of sugars and starches in their roots and stems),  This is approximately one fifth of their normal storage capacity,  so essentially the trees starved to death.  The position of trees in the forest also seems to influence their survival.  Trees on the edge seemed more resilient to the effects of defoliation than those in the interior.  It could be that those on the edge receive more light and build more reserves.

The findings on the resilience of trees are important in the light of climate change as outbreaks of pests, drought and other extreme climate events become more common.

Very helpful and interesting info as we have just a half acre woodland garden,
including two Oak trees.