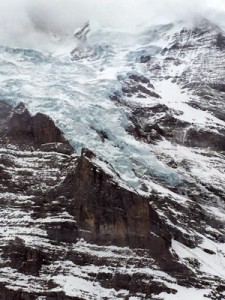 In geological terms, our woodlands, forests, indeed most of our landscapes, are very recent. Our present countryside began to form some twelve to thirteen thousand years ago when the last Ice Age (The Devensian) came to an end. This ice age, like all the others that had preceded it, locked up massive quantities of water in ice sheets and glaciers and these covered much of Britain. Because so much water was locked up in the ice, the sea level was much lower by about 60 metres; and Britain was joined to continental Europe. During this period, Britain’s landscape probably resembled that of the present day Arctic.

About 15,000 years BP (before present), the climate started to warm and the ice sheets & glaciers began to retreat north. At about this time the more southerly parts of the country might have supported a tree-less tundra or arctic grassland. By about 11,000 years BP, the ice sheets had retreated from northern Britain but the sea levels were still relatively low and we were still joined to the continent by a great plain with meandering rivers, so that present day East Anglia was linked to parts of The Netherlands, North Germany etc. The area now occupied by the North Sea was a region which some refer to as Doggerland, it offered a route to Britain for plants and animals and the first human colonists (who were to change the landscape quite dramatically).

As the climate warmed, trees gradually colonised the landscape from the south-east (during the first part of the Flandrian Period). The first wooded and forested areas were probably populated with birch; (species like Betula nanaand B. pubescens can tolerate the cold. Birch is also wind pollinated, for though the climate was warming it would have been too cold for many important pollinating insect species. As time went by, other species – Pine, Aspen and Hazel arrived and established themselves. Pollen analysis (palynology) of peat or other sediments/deposits can often tell us which species were present as the outer part of a pollen grain (the exine) is extremely resistant to decay – it is one of the most resistant substances in the plant kingdom.

Birch and Pine are often pioneer species; that is, plants that can establish themselves in immature or disturbed soils and challenging environments. In so doing, they modify the environment and thereby allow other species to come in (succession). Elm, oak and small leaved lime were later arrivals. Trees and forest spread across Britain, covering the land except for the highest, wettest and coldest parts of the country. 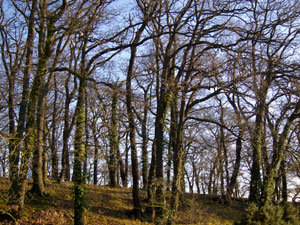 By about six thousand years ago, the countryside was probably covered with forest – the wildwood (as it has been termed : see Rackham, O (1976) Trees and woodlands in the British landscape. Lond : Dent) was at its maximum. The wildwood was probably a complex and tangled mixture of trees, with a significant number of the trees either dead or dying through the ravages of wind, fire (lightning strikes) and flood. It would have offered a vast variety of habitats and niches for plants, insects and mammals.

By this time, the sea level had risen; Doggerland was covered with water and the English Channel had formed – Britain was now an island. Species that arrived after the ice age and before our separation from Europe may be regarded as our native species. Many other species have arrived since then but they have been introduced either deliberately or accidentally.

interesting article here
about the events leading to the loss of doggerland
http://www.bbc.co.uk/news/magazine-12244964

[…] as the names suggests, are plants that arrived here after the last Ice Age by natural colonisation. Examples range from tree species such as birches (B. pendula) and oaks […]

[…] as the names suggests, are plants that arrived here after the last Ice Age by natural colonisation.  Examples range from tree species such as birches (B. pendula) and oaks […]

There is an animation showing the “History of the Countryside” from the last Ice Age at
http://www.ukagriculture.com/countryside/animations/virtual_story_b.mpg