Unusual or exotic trees – The Medlar (Mespilus germanica). ~ by Lewis 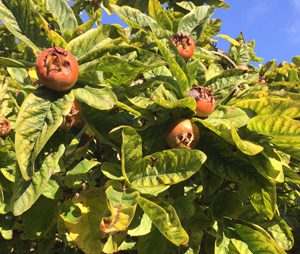 The (common) medlar tree, Mespilus germanica, has its origins in the Balkan Peninsula, the Caucasus, Crimea and Northern Iran.  In these areas, it has been cultivated for its fruit for thousands of years.  Later, it was introduced to Greece and Italy and was an important fruit through to mediaeval times - when it was 'replaced' by other fruits.  According to W J Bean*,  it may be found 'wild' in woodland in several counties of south east England; but it is not native / indigenous.  Until recently, the common medlar was the only medlar known but another Mespilus species has been identified in North America - Stern's Medlar (Mespilus canescens).   The Medlar tree is a member of the Rose family - the Rosaceae, and is related to genera such as Crataegus (Hawthorns) and Amalanchier (Snowy Mespilus). 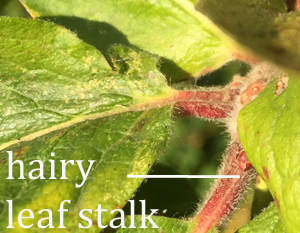 Bean* describes the tree as having a 'picturesque habit' (image below).  It is often under twenty feet in height and has a relatively short life span (perhaps 30 - 50 years).   Young shoots may be hairy, whereas older ones bear stiff spines (compare with Hawthorn - its relative) about half an inch to an inch in length.   Its leaves are spear shaped and the edge of the leaf is described as minutely toothed,  The leaves and leaf stalks are hairy.   The bark is grey / brown and may form vertical cracks - resulting in flaking of the bark.  However, cultivated forms of the medlar  (Hollandia, Large Russian, Dutch, Breda Giant etc) often lack thorns and the toothed edge to the leaves plus the leaves themselves are broader and bigger (up to 6 inches long).  The fruits formed by the cultivars are also larger - up to 1 ½ or two inches across. 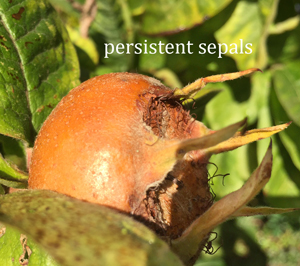 The medlar flowers appear in late Spring, and have five petals and five sepals.  The petals are white or tinged with pink.  The flowers are solitary and self-fertile, and produced on a short, hairy stalk.   The sepals too are hairy and persist on the fruit (see photo).  The fruits (more about these here) are hard and acidic when first formed (image below).  However, with time and exposure to cold / frost (letting) the fruit softens, this allows the flesh of the fruit to become a soft and brown in colour. The taste is a mixture of flavours – apple, vanilla, spices, toffee .....   In the past, the fruits were an important source of vitamin C in the winter months.  They are used in the making of medlar cheese, or medlar jelly or eaten as a dessert. 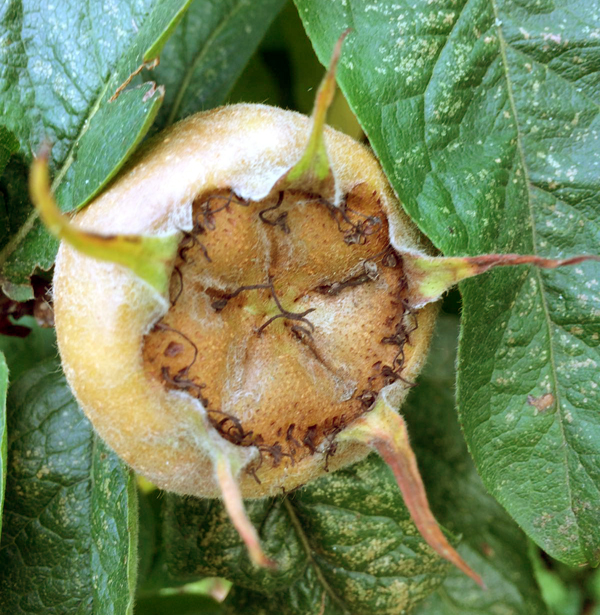 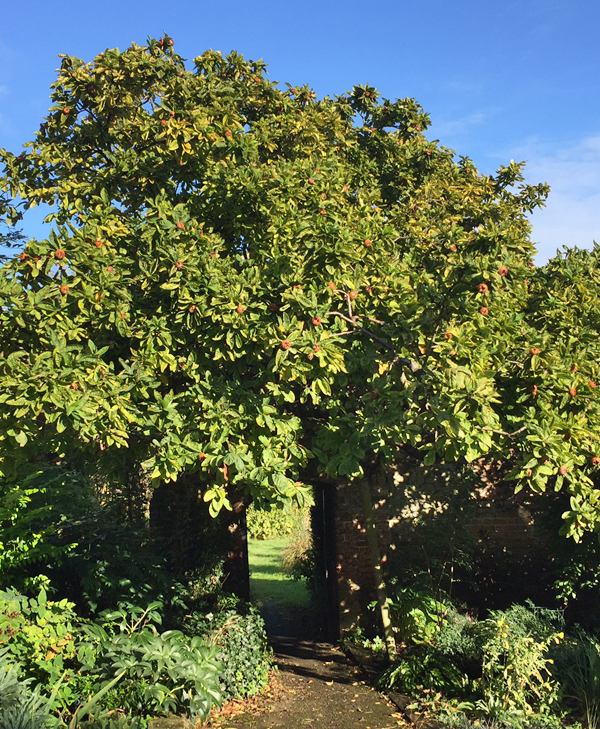 A medlar tree laden with fruit (in early October)

No direct experience but see
https://www.theguardian.com/lifeandstyle/2013/nov/02/ask-alys-medlar-dieback

The bark of our 60 + year old beautiful medlar has suddenly started to shed pieces of bark from its moss covered branches. Pieces 10-50mm x 20mm or smaller – this has happened overnight. Can you help me identify the problem?

Thank you for sharing your information on Medlars!

I’m a big fan of medlar jelly make a batch every year but finding trees was hard. Tim re lytes Cary, don’t forget the mulberry trees closer to the house.

FYI There are some beautiful specimins of cultivated medlars at Lytes Carey Manor in Somerset (National Trust) together with many old examples of apples and pears – you can take the fruits for free!