You are here: Home > Blog > Flora & Fauna > Unusual or exotic trees – the tree of heaven

Unusual or exotic trees – the tree of heaven ~ by Lewis 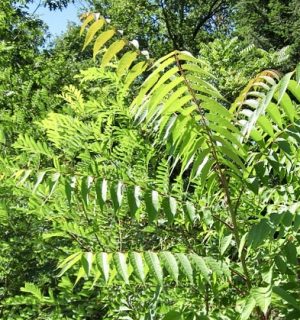 The Tree of Heaven or Ailanthus altissima is a species which was introduced to the U.K in 1751 from China.  It arrived in the United States somewhat later, circa 1785 to the Philadelphia area.  It was brought in as an ornamental or exotic tree.  The first introductions were cuttings from male trees.  Ailanthus is a dioecious species, i.e. a tree produces either male or female flowers. So these first trees could not spread or colonise.  However, seeds were then introduced and grown so that there were both male and female trees, and reproduction was possible.

The tree has been grown in gardens, parks and civic settings for many years and is ‘valued’ for its rapid growth, attractive foliage [and colourful, winged fruits]. It flowers and fruits well in hot summers.

However, there is now concern that Ailanthus (like Rhododendron ponticum) might become an invasive species.  There are several reasons for believing that this might be the case

The reproductive capacity of the tree of heaven has been  investigated by researchers (Matt Kason & Kristen Wickert) at the Penn State West Virginia University as the seed production by these trees is a threat to the forests / woodlands of Pennsylvania and other forested areas in the United States.  Don Davis, a forest pathologist at Penn State has commented on the invasive capacity of Ailanthus in Pennsylvania,  and its affect on the forests of the region and their capacity for regeneration.   The Plant Health Officer at Kew has warned gardeners to be vigilant, removing self-sown seedlings of Ailanthus before they become established.  Problems with Ailanthus have also been reported in Hungary.

The European Plant Protection Organisation includes Ailanthus in a list of plants that are a threat to plant health, the environment and biodiversity in the EPPO region. 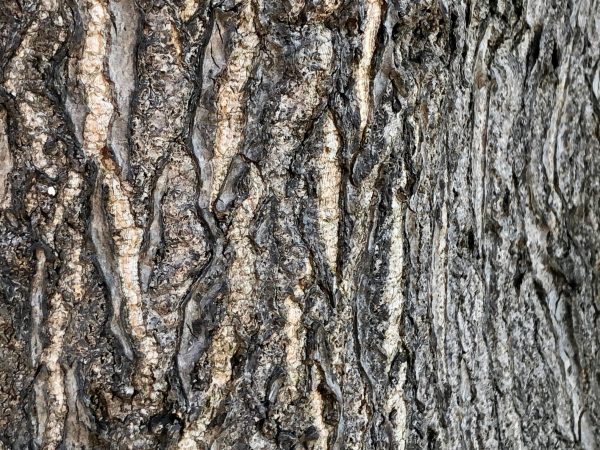 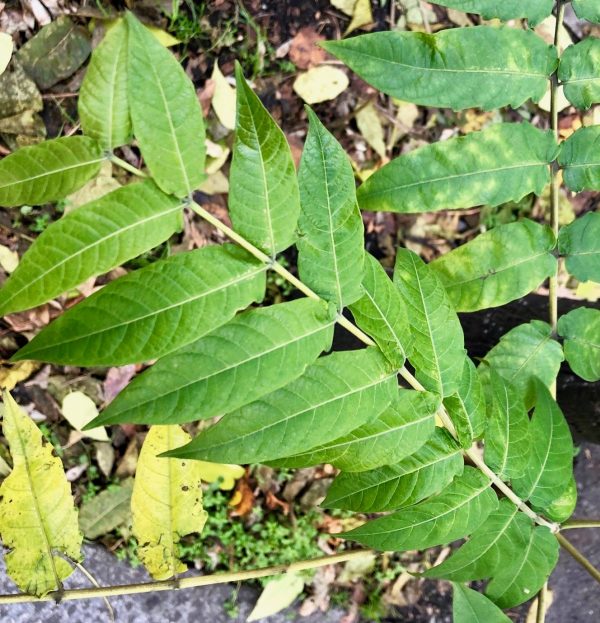