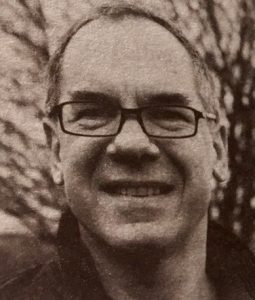 Peter Fiennes immersed himself in British woodlands for a year and he dug out every literary reference to woodlands that he could and visited dozens of woodlands to appreciate their magic.  The result is an erudite and inspiring tome that is also a cry for help to preserve any ancient woodland that we haven't already destroyed. "Sell everything! Protect the land!" exclaims Peter.  He outlines a five-page action plan to protect British Woodlands which he also describes as a statement of the "bleeding obvious", including creation of more woods and visiting the woods more often.  When he joins one of the Woodland Trust's campaigns to protect an ancient woodland near Sheffield from development he becomes apoplectic: "An ancient wood for a service station.  What sort of sick exchange is that?"

The history of the British countryside is well rehearsed here with descriptions of damage done in "the Locust years" as Oliver Rackham called the 1960s and 1970s.  This includes concern about our obsession with tidiness and efficiency which has clearly contributed to putting trees in rows and planting monocultures.  In all his descriptions of what went wrong in post-war

woodland management Peter's book follows wherever the path leads and as he says, "the lines between the chapters became confused, the roots mingled ... but the original pattern can be easily traced, like a medieval woodbank showing through the scrub of a regenerating forest."   When I met Peter to discuss the book he certainly wasn't confused - much more a person of curiosity and culture - he wanted to know more about why people buy their own woodlands and what they do in them.

Many woodland lovers got their first taste of woods as children and this book is intensely autobiographical with great descriptions of the area in Kent where the author grew up but also lots about Clapham where he now lives and about our greenest cities such as Sheffield and Bristol. 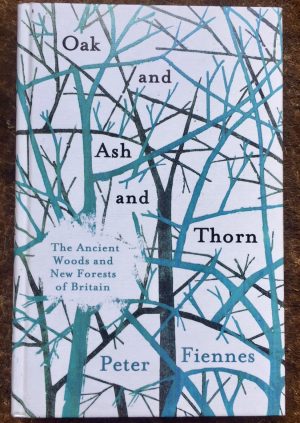 It's packed with anecdotes about particular trees, most of which I found enlightening.  However, Peter reports that in Clapham there was an official notice stating that timber from London Plane isn't useful.  This ignores its strong properties and the beautiful lacewood effect you get when the timber is quarter sawn [at the risk of being autobiographical myself,  I can say that I sleep in a bed made from a London plane - in fact it's made from a tree that I observed for over 50 years].

In a world where life was largely lived outdoors, and when the seasons were recognised, our writers were much more likely to write about woodlands and many of their thoughts on nature are captured here - Shakespeare, Meredith, EM Forster, Wordsworth and Coleridge.  By contrast, our own children have had the seasons drummed out of them through indoor captivity - Fiennes reports that over the last four generations children in a typical UK family have gone from walking eight miles per day to never leaving their back garden (if they have one).  As he says, it's no wonder that eighty percent of UK schoolchildren cannot identify an ash tree and many of them think of parks and woods as "dirty, frightening and unpleasant places."   Alluding to the book's title, Fiennes quotes Rudyard Kipling, "Surely we sing no little thing, In Oak, and Ash, and Thorn!"

I agree wholeheartedly with Peter on the lack of contact children and their parents have with the reality outside their own gardens but also see problems with this. I have lived all my life in the countryside and am fully aware that all the woods around me in the South East are managed for shooting and woe betide any one found in these woods upsetting their precious pheasants. Farmers make a good income from people who can get pleasure from killing, people walking through woods make no profit. Peters comment about planting trees in straight rows, I assume refers to pine plantations which to me are the backbone of forestry, softwoods being the predominent timber used in construction and therefore turn a profit in a shorter term than hardwoods. What we need are far more woodlands planted in mixed stands, the hardwoods for future generations and the softwoods for those in thirty or forty years time. We need education about woodland, we need children to be able to run about in the woods and climb trees, to fall out of them from time to time and learn practical skills. We need free access to all woodland which also needs to make a profit