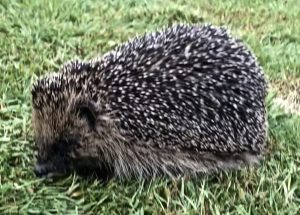 END_OF_DOCUMENT_TOKEN_TO_BE_REPLACED

‘Low grade’ lands (those that were less in demand for agriculture) were pressed into service such as areas around Thetford Chase and Kielder, as were some sandy coastal sites (e.g. Holkham in Norfolk END_OF_DOCUMENT_TOKEN_TO_BE_REPLACED

Firstly there is a semi-circular clearing near the eastern side of what is essentially a triangular plot. I have planted a ‘family copse’ END_OF_DOCUMENT_TOKEN_TO_BE_REPLACED 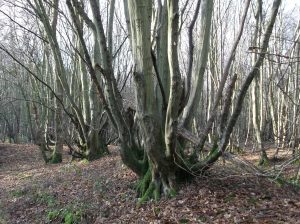 Many of the woods for thirty miles around, and even within, London( for example, Highgate woods, Queenswood, Coldfall Wood - all in Harringay) are predominantly of hornbeam coppice.  These were usually planted with maiden (single-stemmed) oaks, which were timber trees.    Hornbeam is a native tree, a little like beech in appearance, but with bark that looks as if it has been flayed. Although it naturally forms a single stemmed tree, hornbeam also coppices easily.  These were once worked woods, cut in cycles to supply wood, which is very dense (hence horn-beam).  Hornbeam was used as a crop for fuel (either directly or as charcoal) as it was so slow burning.   As it was so hard that it did not distort, it was also for moving parts such as the hubs for wagon wheels. It is said that some of these woodlands date back to Roman times and beyond, where the charcoal was needed for smelting iron. END_OF_DOCUMENT_TOKEN_TO_BE_REPLACED 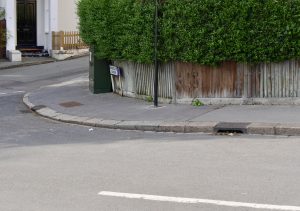 Hedges in towns and cities.

Hedges originally served the function of corralling animals; however they also offer habitats for many plant and animal species and they serve as important ecological corridors.  Now another role for hedges has been suggested - that of combating air pollution in our towns and cities.

Urban air pollution has been linked to END_OF_DOCUMENT_TOKEN_TO_BE_REPLACED 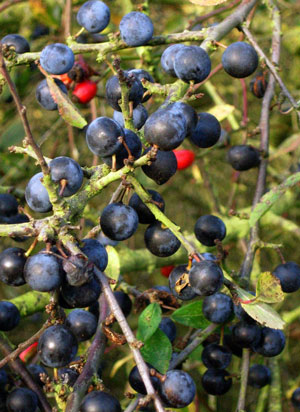 The importance of hedgerows in the maintenance of biodiversity cannot be over-emphasised.   Hedgerows provide vital food, in the form of a variety of berries - sloes, haws, blackberries etc,  for small mammals and birds (redwings, blackbirds) and hedgerow flowers support pollinating insects - a  variety of bees and butterflies.

However, the 'management' of hedgerows or trimming / flailing of a hedgerow can make a significant difference to its productivity - that is, the number of flowers and fruits produced. END_OF_DOCUMENT_TOKEN_TO_BE_REPLACED 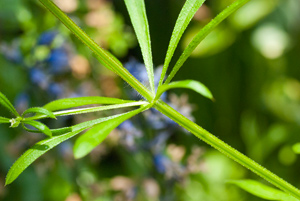 The bedstraws are slender, sprawling herbs that have square stems (in cross-section) and they belong to the genus GALIUM.  This genus belongs to the family RUBIACEAE, which includes the Gardenias,  Coffea (for coffee) and Cinchona (bark yields quinine = Jesuits' bark).

Galium odoratum (sweet woodruff) is a woodland bedstraw, which tends to form 'a carpet' and is a perennial.  Galium aparine ( aka goosegrass, kisses, cleavers, sticky bobs, sticky willy, sweethearts and robin run the hedge) is more common and is a 'scrambler"; it is also an annual. END_OF_DOCUMENT_TOKEN_TO_BE_REPLACED 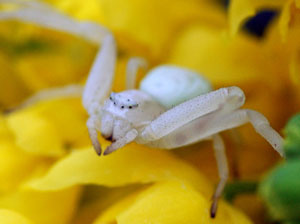 There is a considerable number of different surveys running throughout the country, some of which might hold a particular interest for you.  Many 'natural history' organisations / charities are dependent on the input from volunteers to monitor the status of plant and animal populations throughout the UK or specific local areas - especially in these financially difficult times. END_OF_DOCUMENT_TOKEN_TO_BE_REPLACED