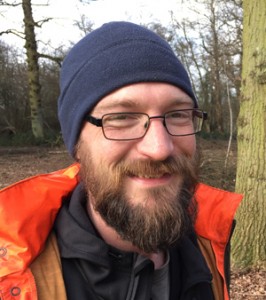 Many deciduous woodlands have good growths of hazel coppice: it springs from a single stump or "stool" into long, straight rods which can be cut every 10-15 years and the length of the rotation will depend on what the stems are to be used for.   In reality it may also depend on the vicissitudes of management and when the owner gets round to it, but hazel is very forgiving - it just keeps growing and within reason you can adjust what you use it for according to the size it's grown to.

Traditionally hazel has been used for making thatching; pegs that would hold the straw or reeds in place, or for making hurdles (wooden screens).  Hazel is also used for making walking sticks and if it grows too big can be converted into charcoal.  But it's not just about what the wood can be used for - it creates a habitat in which lots of other plants, birds and woodland animals will thrive.

So regularly coppiced hazel is an important part of many working woodlands and you can see why some woodland managers want to increase the amount of hazel in their woodlands.  Iain Loasby is one such manager and he is extending the area of hazel coppice at Furzefield wood near Potters Bar in Hertfordshire.  As he already has some hazel coppice in the woodland he can create new hazel 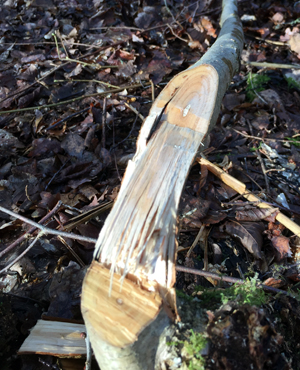 from what he already has - he doesn't need to buy in plants from a nursery which may be a different strain altogether.  He refers local provenance and there is nothing more local than the hazel which has been there for many hundreds of years.

So how does he do it?  Iain coppices a hazel stool which has been growing for 15 years - which means he cuts off each rod at ground level, except two or three of the longer ones.  These he only cuts three-quarters of the way through so that the stalk can be bent over and laid onto the ground.  The end of the stalk is now about 7-10 metres away from the stool in a place where Iain wants to establish a new Hazel stool.  Now he needs a way of keeping it on the ground so that it doesn't spring up and try to grow vertically again. 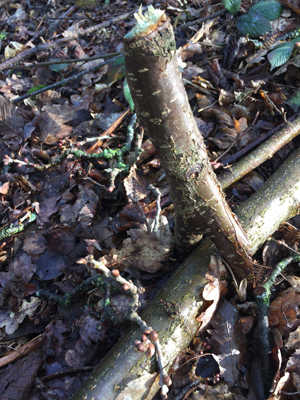 "When I laid hazel initially I used to dig small trenches for the branches to lie in," explains Iain, "but I found that you don't need to - as long as it's pegged down it will propagate."  Iain uses the hazel rods that he harvests to make poles, hurdles and for pea-sticks.  Some of his ideas have come from Brian Williamson, who is one of the promoters of the use of hazel, and National Beanpole Week.

Brian works at Silk Wood in the Westonbirt Arboretum and in this film you can see him creating a tent peg with a stop-knife and explaining many of the uses of hazel coppice: http://www.cotswoldtv.com/feature_player_fftv.php?id=304

Iain processes the hazel into wood products which are useful for gardeners, hedge-layers and barbecuers: you can see his website here: