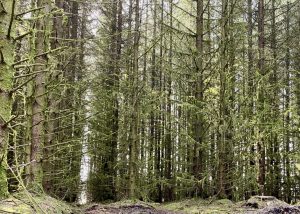 The blog has reported on bark beetles, and efforts to curtail their spread / damage.  Now comes some hopeful news.  Scientists have mapped the entire genome of the Eurasian spruce bark beetle. This could pave the way for new avenues of research into bark beetles and better means of pest control.  Outbreaks of the beetle can lay waste vast areas of spruce forest,

One significant finding is that this beetle has an unusually large number of genes (and therefore enzymes) that help to break down the cell walls of plants. However, whilst it has many genes for breaking down cell wall components, it does not have a similarly high number of genes concerned with the  removal of toxins - such as the resin,  from the wood it ingests.  Now that the genetic make up of the beetle is known, it might be possible to turn off particular genes (using what is termed RNA interference), allowing for a highly specific pest control measure.

Researchers at Lund University (Sweden) have identified the special receptors on the antennae of the bark beetle, and the pheromones (ipsenol and ipsienol) that they respond to.  It is hoped that this might allow the development of environmentally friendly control measures - through disrupting their pheromone communication.  This might be achieved by finding a chemical that binds to the receptors even more strongly than the pheromones. 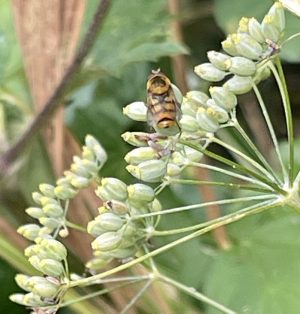 The Synthesis Centre for Biodiversity Sciences (Stellenbbosch University) has produced a report about the loss of pollinators and the possible effects on flowering plants.  Drawing together the information from hundreds of different published research papers, it is estimated that some 175,000 plant species (roughly half of all flowering plants) rely to a greater or lesser extent on animal pollinators. 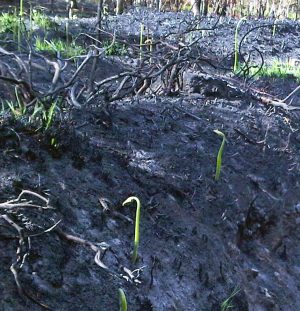 Forest fires have been much in the news in recent years.  Wide scale fires have been recorded in the United, States, Sweden, Russia and Australia.  Drought is a significant factor as material on the forest / woodland floor dries out and combustible material accumulates.  In some areas, the accumulation of combustible material  may be associated with changing nomadic practices and declining pastoralism.  Pastoralism is based on livestock production [e.g. raising of cattle, sheep, goats, even camels].  Such animals and indeed wild ones graze on vegetation so that combustible material is reduced, and to a degree natural fire breaks form.  So, one strategy to mitigate the risk of fire in forests / woodlands is ‘targeted grazing’ by either domesticated animals or indeed wild ones.

I have been doing substantial research into permaculture/forest gardening/agroforrestry etc.

What stands out to me is that when scientists mess around with RNA and DNA they are working in an area that is embryonic and making mistakes with cause and effect. This may become effective in the future but at the moment it is dangerous.

As such the forrest gardening permaculture is the way forward. Good sources of information here are Paul Stamits; Geof Lawton; Dave Goulson; Martin Crawford; The Canadian Permaculture legacy all on YouTube and the most have written books.
The main points are:
Poly culture not monoculture very important
the 7 vegetative canopies of a wood land and add to that fungi
ensure dynamic accumulators (deep rooting plants comfier) pollinating friendly planting to attract a breath of insect life pest and their predators (Dave Goulson covers this one).
Fragrance confusion scented plants that confuse the pests sense of smell.
Fungi are brilliant moving nutrients to where they are needed and assisting plants in defending against predators (Paul Stamets “mycelium running) book excellent.

Do not go for a closed tree canopy, let light in to the understory and by using shrubs that attract birds, the birds will be very helpful in removing unwanted insects.

Permaculture methodology Geoff Lawton teaches and his insight to methodology is awesome, he tends to work in arid areas but of recently has started expanding into temperate zones. His methodology is second to none.

It always amazes me, that the forestry powers that be, ie, Forest and Land Scotland, haven’t quit twigged onto the fact that they are there own worst enemy. The pervasive bark beetle infestations referred to here thrive in concentrations of rotting twigs and branches. It would seem counterintuitive then, that when clear felling a site, they never ever clean up the brash branches, thus providing the perfect micro climate for bark beetles, and then curse them when they nibble all the new trees being planted. But never fear, they just keep spraying chemicals. The baby trees are sprayed with all sorts of glyphosate based compounds before they even make it out the nursery, then a dose on the ground before they reach the hill and then a follow up after planting, and by the sounds of it, another RNA dose, just what we need, some more genetic concoction running off the hill, into our rivers. I believe the last public contract scotland tender i noticed for chemicals for forest and land scotland was for £850,000, big business. Unfortunately the price tag is much bigger than that and its the ecosystem that has to pay.
Why not box clever, tidy up after you’ve left, save us all from some poison, or turn the brash into Biochar and put it back into the soil as a carbon sequestering soil amendment . This outdated methodology must change at some point if we are to have any chance.