Biting bees ~ by blogs at woodlands 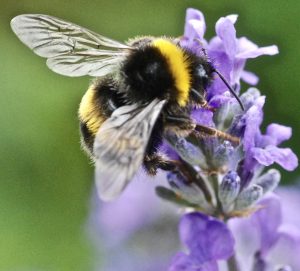 In Spring, or earlier if winter has been mild, queen bumblebees emerge from ‘hibernation’, from their nests.  They then need to feed, having more or less exhausted their bodily reserves during the cold of winter.  Their food comes in the form of nectar and pollen - both of which can be in short supply in early Spring.

Whilst the bumblebees may need food, flowers also have a ‘need’-  pollinating agents - particularly bumblebees.   The inter-dependence of flowering plants and insects probably evolved many millions of years ago, back in the Cretaceous Period.

If bumblebees emerge too early or too late from their nests, then they can miss the flowers on which they depend for food. Equally, the plants can lose out on pollination services. As climate change makes our seasons somewhat variable, so the synchrony between bumblebee emergence and flowering can be lost.

Research has suggested that some bumblebees may be able to influence the flowering of some plants. 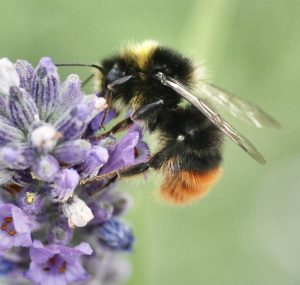 They bite the plants!  Recent work at the Swiss Federal Institute of Technology in Zurich has shown that three (maybe more) species  of bumblebees  (Bombus terrestris, B. lapidarius, and B. lucorum) use their mouthparts to cut little bits out of the leaves of plants and this results in the early flowering of the  ‘nibbled’ plants.   Furthermore, this biting behaviour is more common when pollen is in short supply.  The plants used in the experiments were tomatoes and mustards.

The bumblebees simply used their mouthparts / mandibles to cut into the leaves and then they flew off.  They did not feed on the leaves nor suck up sap from the plant.  Yet, this leaf damage resulted in the plants coming into flower up to a month earlier than untouched leaves. Leaf damage using forceps or blades by the experimenters did make the plants flower a bit earlier but the effect was not as marked as the bumblebees’ interventions. This work raises the possibility that there is a chemical in the bee’s saliva that is affecting the physiology of the plants; certainly the observations warrant further investigation. 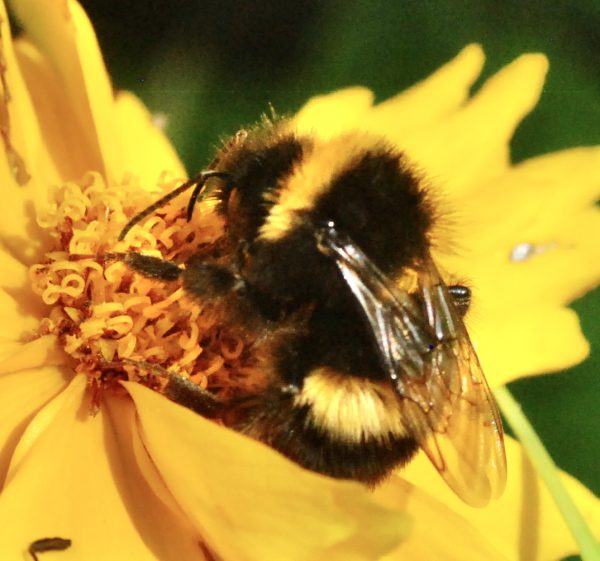 A similar interaction / response has been observed between trees and deer.  Trees, such as beech, respond to the saliva of deer by increasing the production of certain metabolites, notably defence compounds - tannins.  Tannins often have a bitter taste - which can deter herbivores.