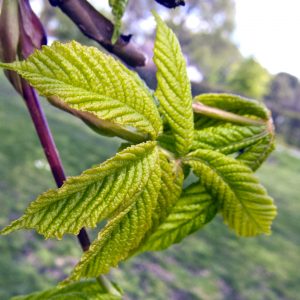 Climate change has resulted in significant changes in summer and winter temperatures, and rainfall patterns.    For example,  April, May and June of 2018 were all very warm, each being at least 1.9°C above average [that is the 30 year average for 1961–90]; June was the third warmest June for the UK since 1910. 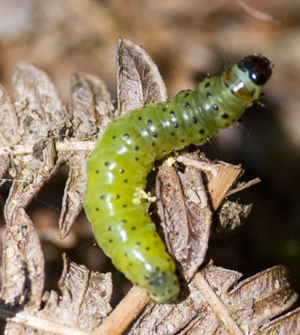 For example, when trees come into leaf determines when caterpillars will be able to feed and that in turn affects when birds can feed on the caterpillars and raise their young.  If these events do not occur in order / sequence then the ‘balance of the ecosystem’ is disturbed.

Warmer weather in Spring has changed the breeding behaviour of birds such as blue tits.  They breed earlier.  The birds' reproductive behaviour is influenced by night time temperatures in Spring; colder temperatures delay the building of nests and egg laying.   So with warmer weather, their breeding pattern is advanced.  Their egg laying is also influenced by the leafing of trees, particularly birch.  The caterpillars on which the chicks feast are also reaching their peak earlier.  The peak of caterpillar abundance is short lived and needs to coincide with the time when the chicks are hungriest. 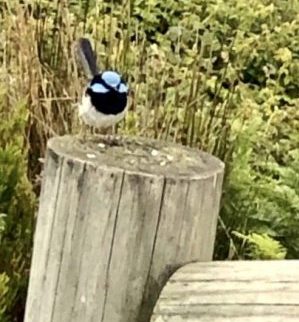 Migratory species that feed on insects also need to time their arrival to coincide with emergence of caterpillars etc.

Changes in the breeding behaviour of birds (associated with climate change) have also been observed in the Southern Hemisphere.  Again,  warmer temperatures in their early spring means that Australian Fairy-wrens will start breeding earlier; and if temperatures rise too high by mid-summer, they will finish breeding earlier.

The effects of climate change can be seen in phenological events across the globe.

(Thanks to Sandy for jpg of Fairy Wrens)