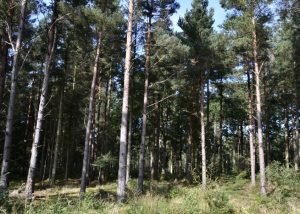 We know that forests are important to all life on the planet.  They have often been referred to as the ‘lungs of the earth’, a reference to the fact that they produce vast quantities of oxygen - which is essential for respiration for so many forms of life.  They also take up carbon dioxide and ‘fix’ it into complex organic molecules - from starches, to cellulose and lignin.  Thus, the carbon is locked away for months, years or even millennia.  The equatorial forests of Brazil and Sumatra are species rich, incredibly diverse, but deforestation and the expansion of agriculture are threats to many biodiverse, forested areas across the world.

As so many forests and woodlands have been felled, there is now a movement to plant millions and millions of trees (across the world) in an attempt to mitigate climate change and in the UK to increase our percentage tree cover from a pretty low base.  Sadly, twentieth century forestry in the U.K was largely based on monocultures (for timber production). The trees planted were large stands or plantations of conifers - using Scots Pine, Larch and Spruce. These plantations not only lacked biodiversity, but were / are susceptible to wide scale pest infestation and extreme weather events.

Woodlands and forests that have a diverse range of tree species are not only healthier but show greater growth and carbon fixation. They are more resilient.  The diversity of trees ensures the each species accesses slightly different resources from the environment  - from soil minerals, water and light.  Diversity means that trees of the same species are less likely to be clustered together so pest and pathogen outbreaks are less common or less severe.

One area that has undergone an extensive and diverse planting regime is Norbury Park Estate (near Stafford).  Since 2009, over 100 different tree species have been planted, and the woodlands can now produce 1500 tonnes of new wood each year, and harvest 5000 tonnes of carbon dioxide from the air.  Not only can diverse woodlands / forests fix carbon, supply harvestable timber but they also offer areas for rest and relaxation. 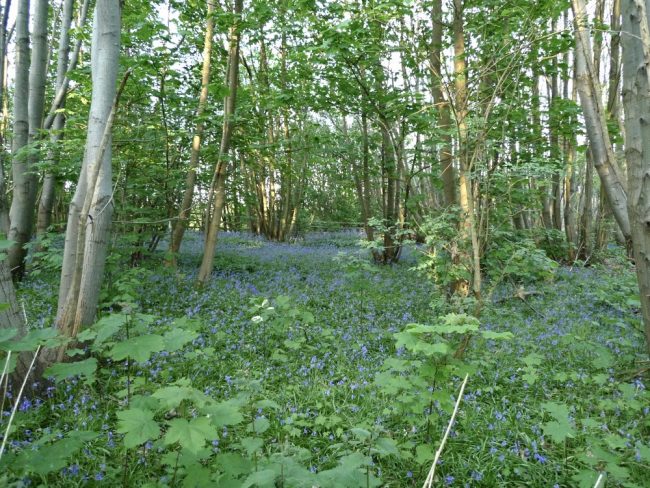 Whilst it is not possible to plant an 'instant' forest or woodland, it is possible to plant a range of tree and shrub species that will in time grow and mature to form a diverse and species-rich area.  As Charles Darwin said many years ago “more living beings can be supported on the same area the more they diverge in structure, habits, and constitution” [On the Origin of Species by means of Natural Selection, 1859]

The blog does try to present a balanced picture
e.g. from a related post
https://www.woodlands.co.uk/blog/flora-and-fauna/woodland-types-coniferous-plantations/

“As conservation and biodiversity now form part of the Forestry Commission remit (e.g. Open Habitats policy) so mosaics of different aged stands form as a result of shifting ‘clear fell’, the introduction of firebreaks and creation of clearings and rides. Consequently, coniferous plantations can and do support wildlife. For example, birds that favour scrub (e.g. warblers), black grouse like young pine trees, night jars, long eared owls and bats appears at dusk and goshawks and osprey nest in tall pines – plus red and roe deer are to be found in plantations. Plantations with a variety of conifers offer ‘strongholds’ for red squirrels, and the orchid creeping lady’s tresses is found in pinewoods in areas as diverse as Scotland, Cumbria and East Anglia.”

With the recently published ‘Red 70’ list of endangered UK birds 6 species that are recovering were listed. No less than 4 of them have been helped by 20th C forests – Woodlark and Nightjar owe most of their recovery to forest clearfells, whilst Red Kite and Osprey have been significantly assisted by forests and foresters – including the return of the Osprey to England in 2001 to Whinlatter forest.

The British Trust for Ornithology say ‘Thetford Forest is the best place for woodland birds and for FARMLAND birds in East Anglia’ .

Yes, we need greater diversity but, no, 20th C forests are not biodiversity deserts – though they often sit amongst them – and a forest is much, much more than just tree species.