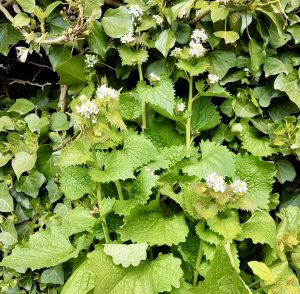 Cold and dry weather affects plant growth in significant ways.  Warmth is needed for a plant’s enzymes (catalysts) to work, speeding up reactions and allowing growth.  Similarly, if water is in short supply, growth is stunted; plants do not realise their full ‘potential’. They are smaller overall as is the number and size of flowers that they produce.  Flowers attract visitors by colour, size and scent; or combinations thereof.   Smaller and fewer flowers, in turn, have ‘knock-on effects’ for their pollinators - bees, bumble bees, hoverflies etc.

The effects of drought on pollination has been recently investigated by researchers at Ulm University in Germany.  They studied the effect of drought on field mustard (aka Charlock) : Sinapsis arvensis.  This is an annual plant that is to be found in fields, waysides and field margins across Europe.  It has bright yellow flowers, with four petals.  It is visited by many different pollinators (it cannot self-pollinate).

The researchers compared the number of visits by bumblebees (Bombus terrestris) to drought-stressed plants to well-watered ones.  The data showed that as the number and size of the flowers decreased so did the number of pollinator visits. 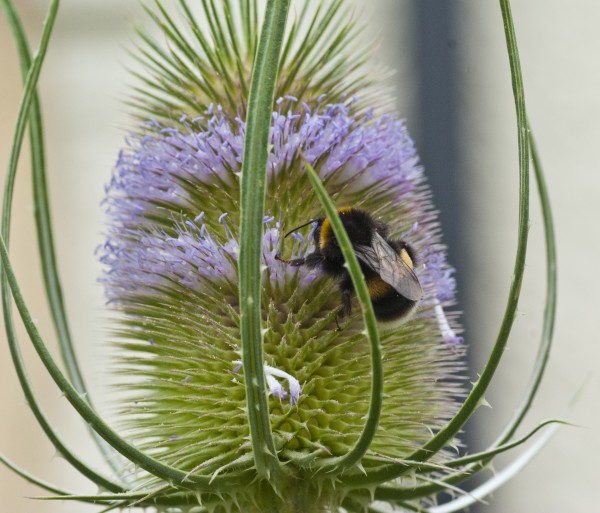 The ‘attractiveness’ of the plants / flowers to pollinators was reduced, and it is possible that the smaller flowers were more difficult for relatively large pollinators (like the bumblebees) to ‘deal with’.  If pollen movement is reduced, then fewer fruits / seeds will be set and (insect pollinated) plant populations could decline. 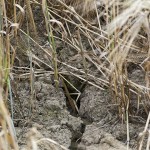 The effects of reduced rainfall and water stress need to be considered alongside the declining number of pollinators.  The reduction in pollen movement has lead some to speculate that it might lead to a selective pressure for self-pollination / self-fertilisation, with plants dispensing with the need for visiting insects.  Other Woodlands blogs have reported on the falling numbers of insects / pollinators.