Whilst rain has been welcomed in that it has helped to ‘damp down’ some of the fires that have been raging, the intensity of the rain is not without problems in places. Heavy rainfall can result in further damage to ecosystems. The bare soil and lack of vegetation (much reduced to ash and debris) due to the drought and fires is at risk of being washed into rivers and waterways. The ash from the fires will contain a variety of nitrogen and phosphorus compounds,  plus metals such as copper, mercury and zinc. There will also be (probably) a variety of toxic compounds formed from the burning of plastics and other materials in the savage fires. 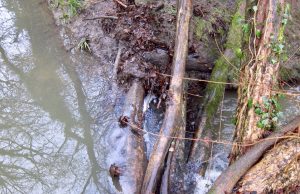 On entering rivers / waterways, ash and sediments will increase the turbidity of the waters and have significant effects on the wild life.  Water plants will not have enough light to photosynthesise; so the oxygenation of the water will fall.   The mass of ash and sediment entering the water can in itself suffocate animals with gills (coating their gills with material hampering the diffusion of oxygen) or block their breathing tubes (tracheoles and spiracles).  Semi-burnt remains of plants and animals will increase the bacterial load of the water; the bacteria will use up much of the oxygen in the water - so fish and other animals will essentially suffocate.  As the water receives nutrients from the ash (especially in the form of nitrates and phosphate), these can cause an overgrowth of algae - especially certain types of blue green algae, which form ‘algal blooms’ that release toxins. 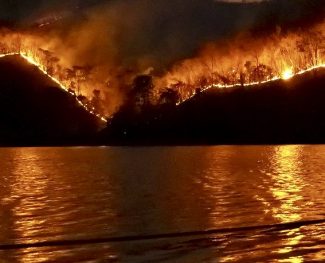 The effects of fire on riparian systems can continue for several months or indeed years before nutrient levels return to pre-fire conditions.  It is therefore important that

as of today ,an update on the Australian weather Biggest rainfall in 20 years delivers much-needed relief

Extreme weather has hit locally within the UK too with a number of storms passing through. This has led us to removing a number of storm damaged trees that have been impacted by winds and floods.

The physical and land use changes appear to lead to much greater flood events than have been recorded over the last 100 years.

Shame to see you parroting nonsense about climate change, the wild fires were caused by lack of woodland management nothing to do with the temperature, you really think a fraction of a degree would make any difference to the Australian bush, one of the driest places on earth ? Think about it.