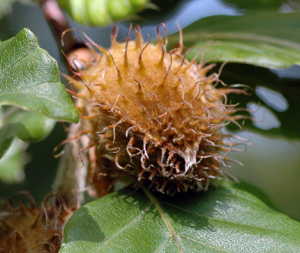 ‘The Fall’ in the eastern United States has been colourful and plentiful this year.  There have been bumper crops of acorns, maple seeds and pine cones.  It is a Mast Year.  The trees have produced enormous numbers of potential offspring. These seeds and fruits will have significant 'knock on effects' in the ecosystems for some years.   Beeches and oaks can release so many seeds that they significantly increase the organic content of the soil and its nutrient value.  This fuels fungal and microbial growth. Small mammals feast on the acorns / mast and their numbers increase.  They, in turn, are food for foxes, owls and other predators *.

Quite what drives a mast year has long been a cause of speculation.  Ideas have included 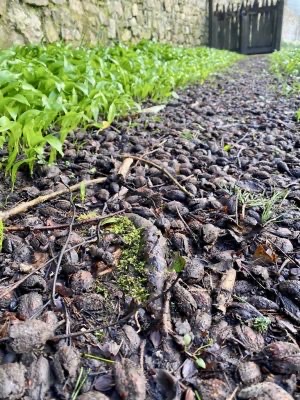 Recently, a database [MASTREE] was created of mast years (for Beech and Norway Spruce) that extends back centuries.  This has enabled scientists to explore the environmental prediction idea, that is, whether masting is correlated with climatic events and occurs when seeds are likely to have favourable weather for germination and growth in the Spring after their production.

On comparing the data with climate records, they found masting events [in beeches] correlated with climate patterns associated with the NAO - North Atlantic Oscillation, i.e. changes in air pressure between Iceland (low) and the Azores (high).  A “positive” NAO phase favours both masting and subsequent seedling growth; that is warm wet winters promote seed production and dry springs favour seedling growth.  Quite how the trees turn such climatic events into ‘signals’ for masting is another matter.

Not all are convinced however. Some argue that the resources used up in producing so many seeds / fruits mean that the trees are exhausted and it takes time for these resources to be replaced and for the tree to flower and fruit fully again.

has a somewhat different hypothesis related to weather .  He suggests greater warmth in the previous growing season(s) may be the trigger.  Quite how the trees ‘remember’ the warmth that they have experienced is not known; but one thought is that it is due to what is termed ‘epigenetic marking’.  It is possible that the DNA of the genes that affect flowering is changed by the warm temperatures.   The activation of particular genes can be altered by their DNA undergoing methylation - a process where methyl (-CH3) groups are added (or removed) from the DNA. 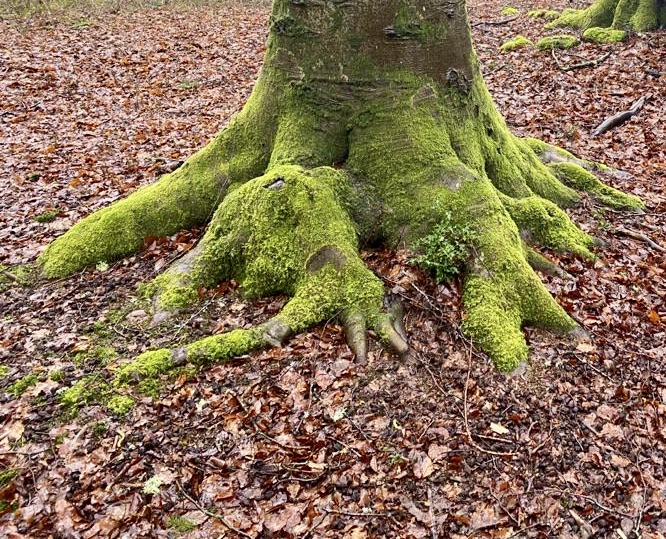