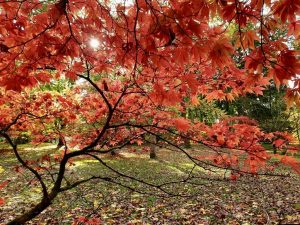 The changing colours of the leaves in autumn is a phenomenon that affects the vast majority of deciduous trees (and some conifers, eg. Larch).   The leaves change from green to various shades of yellow, brown, orange, red and even purple.  The nature of these changes has been the topic of a previous blog. What is interesting is that this colour change is particularly marked in the trees of the North Eastern region of the United States. Indeed, bulletins are published listing the best places to see the myriad of colours that the trees display.  This difference in the colours of American and European trees was commented upon by Thomas Meehan,  back in the nineteenth century.

Meehan first worked as a gardener at Kew but later moved to Philadelphia (where he is credited with saving Bartram’s Garden). His botanical studies led to him being the editor of The Gardener’s Monthly, writing articles for various newspapers

and authoring 'The Native Flowers and Ferns of the United States'.  In 1881, Meehan noted in a paper presented to the Proceedings of the Academy of Natural Sciences of Philadelphia, (Vol 33)  that the intensity and variety of autumnal colours was much greater in the States than in Europe.

He suggested that the difference might be due to the “American light” and that European trees might (after many generations) adapt to this light and then show similar colours.  Recently,  Renner and Zohner* have investigated this difference.  Their paper(s) offer a number of observations / findings:

It would seem that Meehan’s comments about the ‘American light’ were remarkably prescient some 140 years ago. 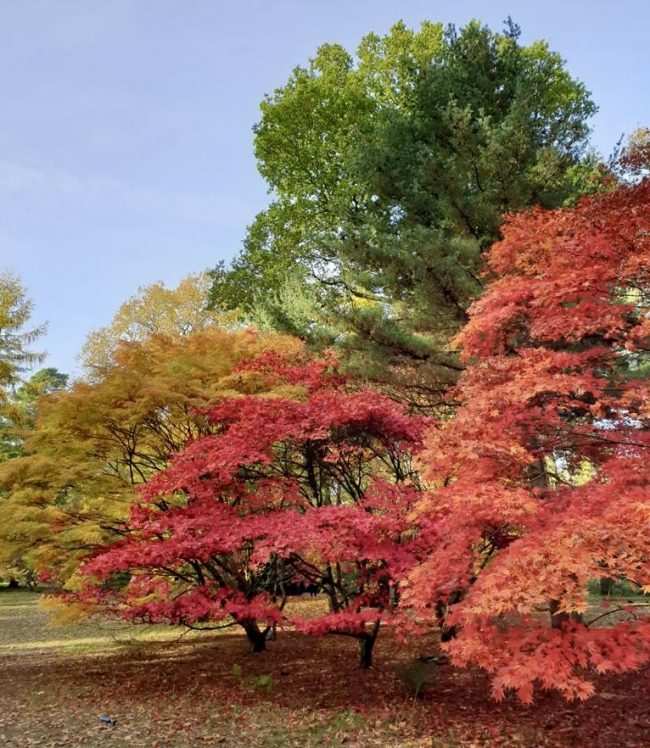 Thanks to Oliver for this photo of autumn colour at Westonbirt