Moorlands, peat and bogs. ~ by blogs at woodlands 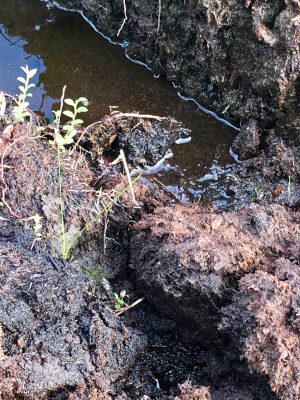 Plants growing in the bogs are rooted in the peat, but are also contributing to ‘new peat’ as they grow. As their leaves wither and die, they drop into the acidic and watery surroundings – a process that has been going on for possibly for millennia .In some locations, this process goes right back to the end of the last ice age.

In the spring and summer, birds ‘patrol’ the edges of pools in the moorland, picking off aquatic insects (like diving beetles) to feed to their chicks.  The patchwork of moorland vegetation also offers a degree of camouflage for the birds (sandpipers, plovers and greenshanks) and their offspring. A peat bog is mainly composed of water, which is filtered by the plant material present.  Peat offers a home to a small group of specialised plants that have adapted to the nutrient-poor, waterlogged, and acid conditions.  The importance of moors and bogs lies in their ability to sequester carbon - contributing to the fight against climate change. 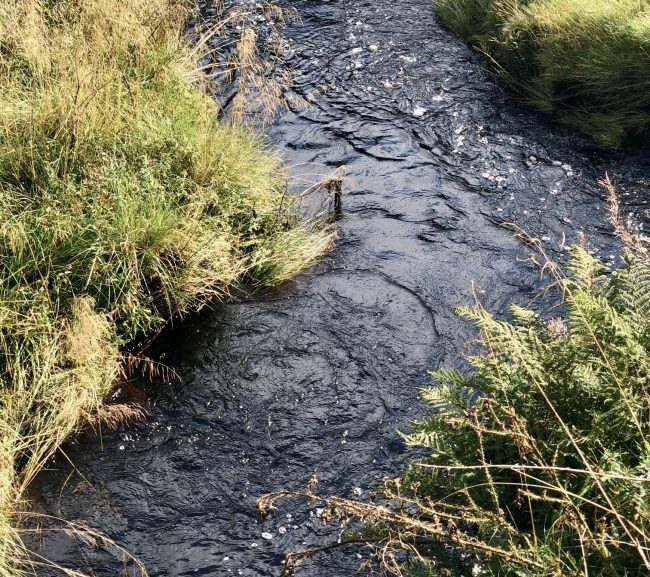 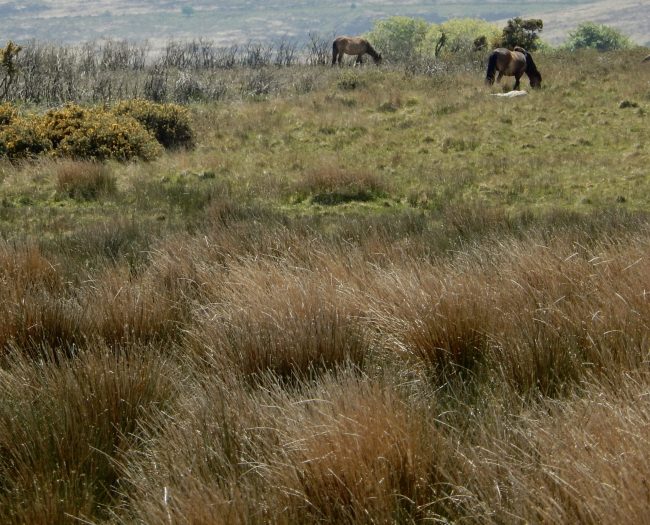 A southern moorland - Exmoor. Thanks to Art Symons ©.

Sadly, many of Britain’s peat bogs / moorlands have been damaged or destroyed - either through drainage or conversion to farmland or timber (coniferous)  plantations.  Drained peatland does not stor carbon but releases it!  Over the last hundred years, various governments have subsidised the drainage of bogs / moorland in order to plant trees for marketable timber. However, in some areas the planted trees (for example, lodgepole pine [Pinus contorta] and Sitka spruce [Picea sitchensis]) have simply failed to thrive. This was due in part to the nutrient poor and peaty nature of the soil but also to the prevailing climatic conditions (strong winds and cold in the North etc.).  This was true in areas such as the “Flow Country” which stretches across parts of Caithness and Sutherland, in the far north of Scotland.

Now, it is realised that peat based ecosystems are some of the most powerful carbon sinks on the planet; they can hold twice as much carbon per hectare as a redwood forest.  The moors and peatlands of Scotland hold much of the sequestered carbon in all of Britain’ soils and vegetation - though they comprise only one fifth of the land area.  Their maintenance and restoration is therefore an important priority, particularly in the light of climate change.  Significant moorland is also found in other areas of the U.K. such as Yorkshire and the South West, notably Exmoor and Dartmoor.