You are here: Home > Blog > Flora & Fauna > Native bluebells – not at risk of extinction

Native bluebells – not at risk of extinction ~ by Chris 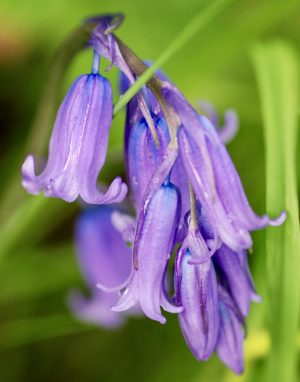 The native bluebell, Hyacinthoides non-scipta, is also known as the common bluebell, the wood bell, the fairy flower and sometimes the wild hyacinth.  It is protected in the U.K. under the Wildlife and Countryside Act of 1981.  In a single (ancient) woodland, millions of bulbs may be found and they give rise to carpets of flowers usually in April or May.  They take advantage of the sunlight before the canopy of leaves fully develops and reduces the incident light at ground level.

The native bluebell has long, narrow leaves and narrow, tubular  flowers, which are a deep violet blue (rarely white).  The tips of the flowers curve back.  The flowers form on one side of the stem, which arches over.  They emit a delicate, sweet scent and the anthers release cream coloured pollen grains.

These features contrast with ‘the interloper’ - the Spanish Bluebell (H. hispanica).  These have broad, fleshy leaves, flowers that are conical in shape with spreading and wide open tips.  The flowers are distributed around a strong semi-erect stem.  They do not produce a scent and the pollen / anthers have a blue tinge.  The Spanish bluebell was introduced as a garden plant in Victorian times. 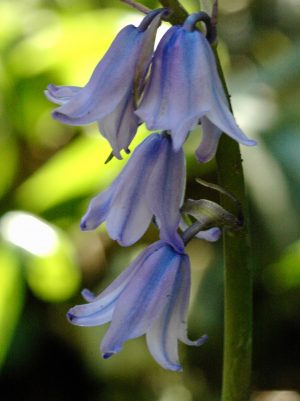 However, it has ‘escaped’ and can be found along roadside verges and in woodlands.

Concern has been expressed that it would hybridise with the native bluebell, leading to the eventual extinction of the native form.  However, recent research (published in the journal - Conservation Genetics) indicates that this scenario is unlikely.  Examination of the pollen of non-native bluebells reveals that it is often mis-shapen, which indicates lower fertility.  When the two types of bluebell were grown together, the native bluebell proved to be more fertile and set more seeds than the Spanish bluebell - so it is unlikely that they will suffer ‘extinction by hybridisation’.  Professor Hollingsworth of the Royal Botanic gardens, Edinburgh has said that the native bluebell has considerable resilience against any threat from the introduced Spanish bluebells. 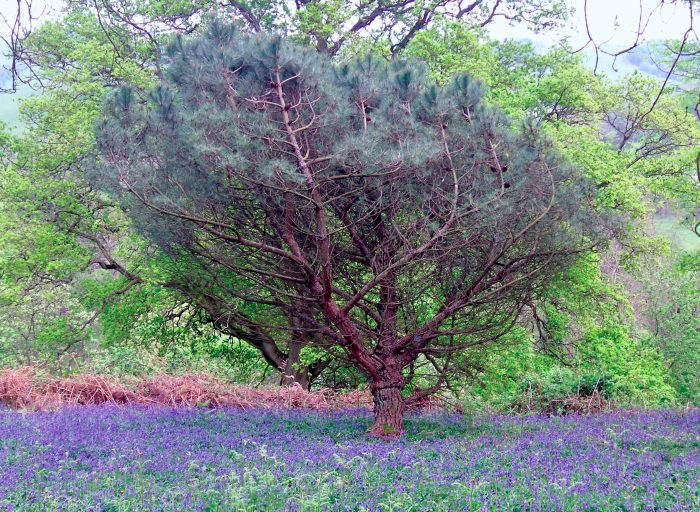 A carpet of bluebells