Spanish forestry and woodland management in Spain ~ by Angus 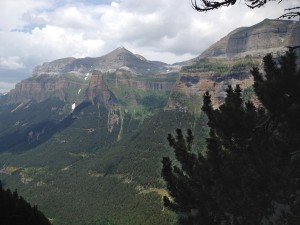 Spain has a lot of forestry as it is a surprisingly large country, being about twice the size of Britain and only about 10% smaller than France. The tree cover is about 30% so about twice as dense as Britain's, which means the Spanish have about four times as much forestry as we do. But it is very different in both composition and in how it is managed. For a start, 80% is owned privately and where it is state owned it is almost always owned by the local community.

After Franco's death in 1975, the new democracy was built around very strong local government and this is also reflected in the way the woodland is managed. But it's not only the local control that is unlike British forestry: woodland is often managed in conjunction with the pastureland in a system know as Dehesa (also known as Montado in Portugal). These Dehesas are mainly in the central and southern regions of Spain 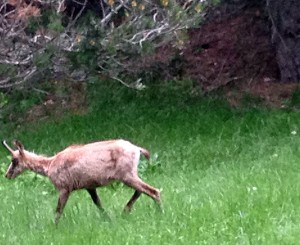 and can be either privately owned or held by the local commune. In the Dehesa system, the land is grazed, while the trees are managed on a long-term basis. The trees are usually Holm oak (Quercus ilex) but the Cork oak (Quercus suba) is also important and can produce cork every 9-12 years. The oaks also produce acorns which pigs enjoy;  this produces specialities such as the black Iberian pork. The wood-pasture is also grazed by goats, cattle and sheep who eat not only grass but various herbaceous species such as the rock rose, or "java", a member of the Cistaceae family. Other significant non-timber products are honey, wild game, mushrooms and firewood.  Dehesa management is not just about a more productive use of resources but is about maintaining rural population levels in a country which, like France, has experienced continuing migration to the cities. In Spain's case, this is often to cities in the coastal regions where 44% of the Spanish population live. 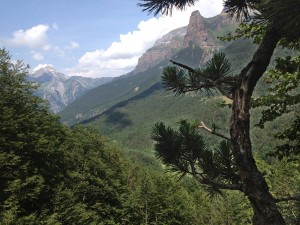 The Spanish have rather different forestry objectives than the British - only three quarters of forestry in Spain is used for wood supply - the other quarter (roughly equivalent to the whole of the British woodland estate!) is used for conservation and for soil protection. Particularly in mountainous areas, the trees are important in preventing storms from washing away the soil and they support species such as the Pyrenean brown bear and the Spanish Imperial Eagle. The Pyrenees are spectacular and although mostly pine, they also have forests of silver fir and beech.

From a timber point of view the most productive areas are in the North on Spain's atlantic coast, but again some of this is surprising to a British forester - there are large amounts of eucalyptus as well as maritime pine and radiata pine. As in Britain, the area covered by woodland in Spain is increasing both to planting and natural regeneration.

Spanish forestry has always been subject to forest fires and in 1994 these burnt over a million acres of forestry. Fortunately the average annual area affected by fire is reducing each year as a result of preventative action and fire fighting measures. About 6 people a year lose their lives to forest fires in Spain. 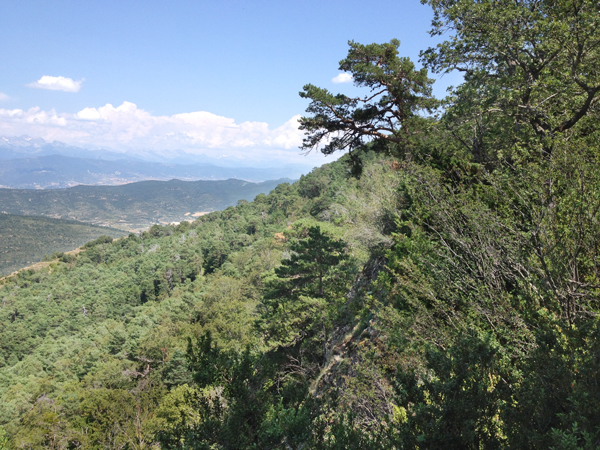 I am interested in planting trees to create more forest in the UK.. especially Cornwall.

I would like to open up a dialog with other to see what the best approach is. At the moment I am saving trees at random when passing by cutting vines down.

My aim is to facilitate the planting of an additional 1000000 trees this year. This number will include any trees saved also.

Anyone is welcome to comment and engage in conversation with mys3lf regarding this..

I kook forward to hearing from anyone.

What a great site.

As I live in West Cornwall in the UK, we compared to the tree plantations of the rest of the UK which harbours about 11% tree cover…we in Cornwall have only 4%. We here are living in biological diversity, “Green Desert”.

This is about to change. If you are interested, please type in your browser to locate:
Future4Cornwall (be specific please) and then direct yourself to the Environment sub pages….I have an article there which we hope is a paradigm or at least a fillip or butt kick for other areas of the UK and Europe about an alternative model based on a Biosphere Community (a mini Biosphere Reserve, Your feedback would be grateful.

[…] Spanish forestry and woodland management in Spain. Spain has a lot of forestry as it is a surprisingly large country, being about twice the size of Britain and only about 10% smaller than France. The tree cover is about 30% …  […]