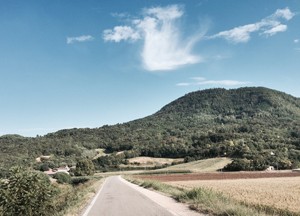 Italy has a long tradition of forestry management going back before Roman times, and ancient traditions very much influence Italy's woodlands today.  For example, 40% of Italian wood production is chestnut or beech which, along with oak, would have been dominant species for the Romans.  There are also lots of non-timber forest products that are important to Italians such as mushrooms, wild boar and firewood.  Indeed compared to the UK, Italy gets a large proportion of its energy from woodfuel with almost 60% of cut wood being used for domestic heating.

As in the UK, Italy's productive forestry happens to be is concentrated in the north of the country which is less suitable for arable crops - much of the most productive woodland is in the northern alpine area where Norway spruce and European larch are widely grown. 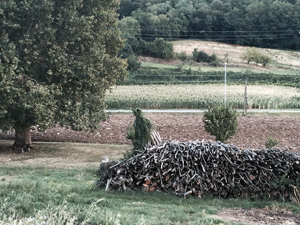 Further south much more of the land is covered by scrubby trees that are often unmanaged and on poor quality soil.  In total 40% of Italy's land area is covered with trees of some sort which is far more than the UK which only has 13% tree cover.  The Italian landscape is famous for its lines of poplar trees which are very effective for taking up water and holding banks together - but at maturity these trees are cut for commercial use and poplar actually makes up a high proportion of Italy's timber output.

Where woodland is owned by the state it is most likely to be held and managed locally by the municipality or the local commune, as in France.  However the majority - two thirds - of Italy's 10 million hectares of forest land is privately owned but centrally regulated.  Whereas the British regulate private woodlands through a timber-focused organisation, such as the Forestry Commission for each of the devolved regions (England, Wales and Scotland), Italy's forests are regulated by the State Forestry Corps which is arranged as a national police agency. 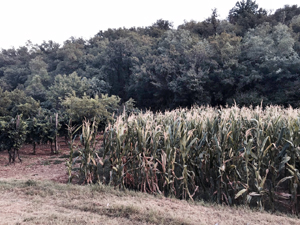 This State Forestry Corps regulates felling but also polices poaching of deer and boar, and it oversees the protection of endangered species.    The agency also has an important role in reducing the risk of forest fires and when they occur it is ready to fight them sometimes by deploying its fleet of 22 fire-fighting aircraft.
As in the UK geography contributes to a wide variety of tree species and conditions - both the UK and Italy are long, thin countries covering a wide latitude and in both cases there is a big range of altitude.

Thank you Angus. an interesting read.