Forestry Commission accounts – a forest of facts ~ by Angus 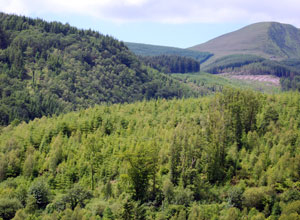 The Forestry Commission (FC) owns and manges over a million hectares of land and so must know a thing or two about UK forestry, and much is revealed in the Forestry Commission's formal accounts. This is a long document, at over 150 pages, but rather than pay £23.50 for it you can get the accounts online for free. Even though it's free many people would consider a set of Forestry Commission accounts to be a tedious read so we've been through them and dug out some interesting material. For example the key figure that the FC expect to pay for woodland management each year is about £72 per hectare or about £29 per acre per year, after taking account of income generated. Our surveys of owners of small woodlands show that they typically spend more than this on a per acre basis, so it is surprising that the report, rather dismissively, refers to strong demand for "hobby woodlands" and environmental ownership" 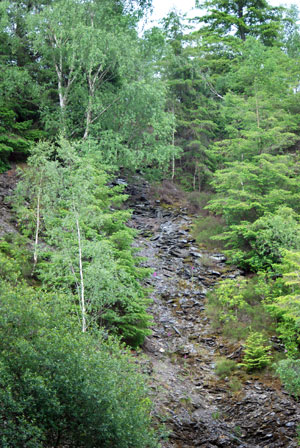 In her report, Warhurst identifies the main priorities of the Forestry Commission which are fighting climate change and combating the various diseases which threaten British forests (Phytophthora, nasty moths and various blights). She also refers to the government's U-turn on the sell-off of English forestry by saying positively that, "we were reminded of how much members of the public value their woods and forests". The FC are doing some new planting but principally with their objective of moving the woods to the people in creating community woodlands.

What about top pay? This is all set out and, after seeing recent reports of bankers' pay it looks pretty reasonable - The Director General, Tim Rollinson, gets about £130,000 per year whereas other senior directors get about £70,000 each year. Main board directors, working part-time, receive about £10,000 per year with the Chair taking £30,000. But certainly there is no question about profit-related bonuses as both parts of the organisation make losses. In total the overall loss is about £44 million, though Forest Enterprise's trading loss is "only" about £7 million - the rest is because the Forestry Commission is providing services and forest management. The Forestry Commission is also the vehicle through which about £20 million of government and EC grants are paid to other forest owners.

In terms of the total value of Forest Enterprise's English Estate it is valued at about £688 million, following a significant recent revaluation of about 25% which has been helped both by increases in timber values and in land prices.

The accounts reveal a couple of interesting commercial advantages that the Forest Enterprise England has in competing with the private sector. First, it does not pay for the use of capital: a potential charge to the Treasury of 3.5% is mentioned but because it is loss-making this charge is simply waived. Secondly, the Forest Enterprise does not have to charge VAT so that it can sell timber and other forest products more cheaply than a VAT registered business would have to do. 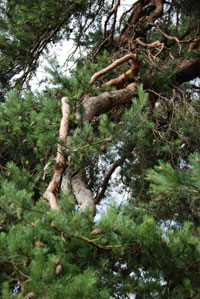 One thing the FC tries to do is review how it did in relation to its earlier performance targets - here the picture is mixed - it managed to keep its accident rate down to about 1 per 100 employees (though the target was 1.5 accidents per hundred - surprising that it wasn't zero but that's the odd world of targeting where if you set the target at zero you will always fail). It did meet its targets on visitor numbers with 4.6 million people visiting its regional forest centres. Other targets relate to the percentage of SSSIs which are in favourable or improving condition (Sites of Scientific interest), and it monitors how satisfied the public are with the facilities offered (about 70% satisfied, actually). There is also a very specific measure of how the FC are doing in improving access to woodlands for the poor - here they are meeting targets but it is still less than 9% of the population in priority areas who have access to woodlands.

The Forestry Commission accounts are a long read but well worthwhile if you want to know in detail what they are up to and how they deal with issues such as of conflicts of interest, meeting their performance targets and trying to make their books balance. One thing these accounts make explicitly clear is that the cancellation of any sales of Forestry Commission land last year will require more government funding to avoid an even larger deficit.