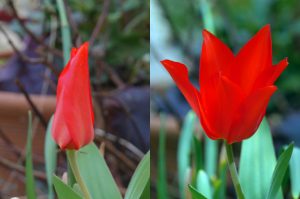 In 1880, Darwin wrote a book entitled “The power of movement in Plants” in which he described many examples of the “sleep movement’ of plants.  He noted that some flowers closed up at night (e.g. crocuses, tulips, poppies), whilst other plants had leaves that moved or closed up at night time.  He recorded that the pea and bean family (legumes / fabaceae) had a number of species that exhibited these ‘sleep movements”.

Movement in plants is achieved either through growth or through changes in the water content of cells (the turgidity of cells).  Phototropism is an example of an irreversible growth response -  a plant grows towards a light source.  A tropism is a directional growth response to a particular stimulus (light, gravity, water etc).   When plants close up their leaves or flowers in response to darkness, it is due to changes in the water content of certain cells.  Such movements are known as nyctinastic responses, and they are often quite rapid. Darwin described a structure that allowed plant leaves to ‘sleep’ at dusk, during the night.   This structure is known as a pulvinus, a small 'swelling' at the base of the leaf stalk (petiole), often found in members of the pea family. 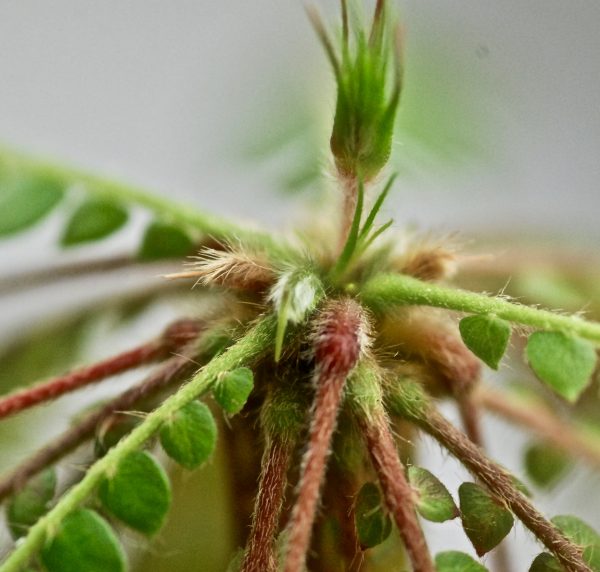 The movement of leaves at night is centred around the pulvinus - Darwin’s special structure.  It is found at the base of a leaf stalk (petiole).  Within the pulvinus, the central vascular tissue (xylem and sclerenchyma [lignified] tissue) is surrounded by thin walled, water-filled cells [parenchyma tissue]- sometimes referred to as motor cells. These thin water-walled cells can change their volume through water movement, and they are distributed in two opposed regions - some on the upper side of the pulvinus (referred to as extensors), others on the lower side (referred to as flexors). These cells act in an antagonistic fashion - rather like the biceps and triceps muscle of the upper arm, raising and lowering the leaf / leaflets.   The movement of water into particular cells is driven by the movement of potassium and chloride ions into the cells.  The mechanism is not dissimilar to that which drives the opening and closing of the guard cells of stomates.

Recently, some understanding of the genes involved in the formation and operation of the pulvinus have been identified through work with mutant forms of Lotus japonicus - a wild legume.  One mutant known as ‘sleepless’ - has no pulvini, so cannot close its leaves at night. 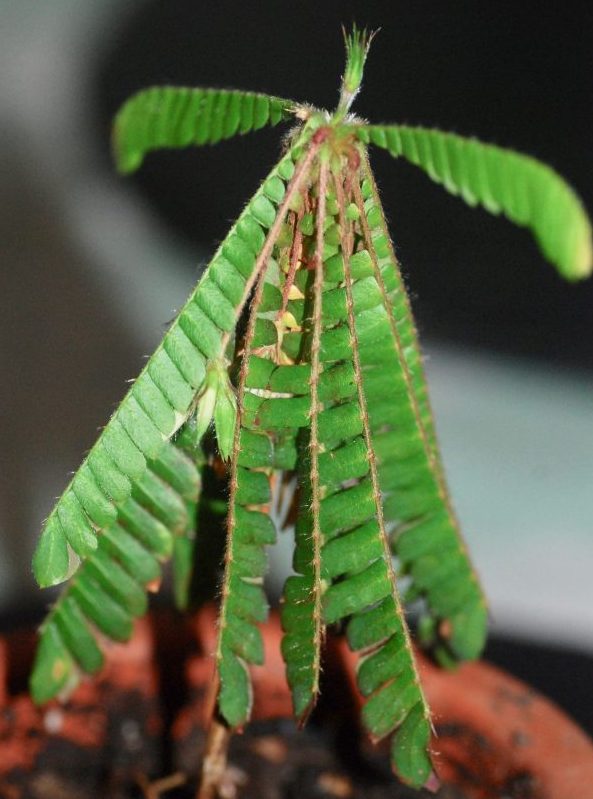 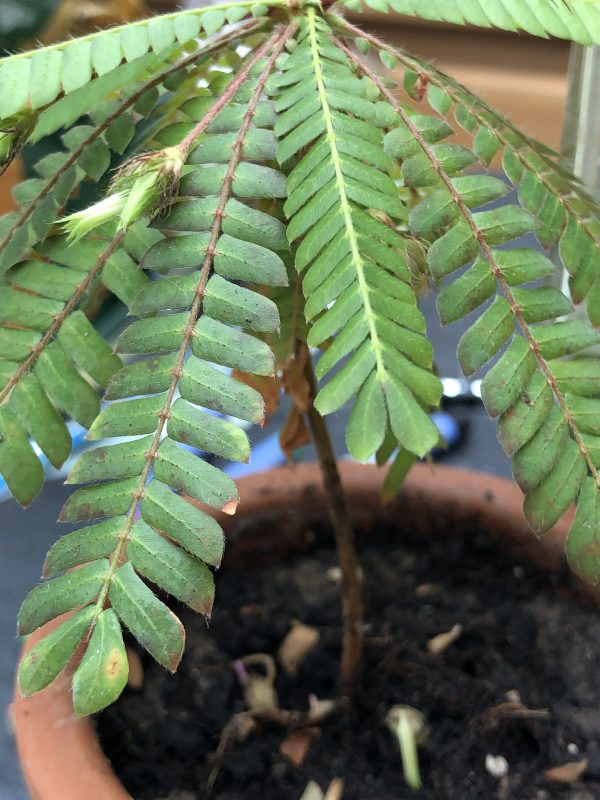 This movement of plants, the theory, is astounding. Never knew this and will use some of this mystery in my next book. Will follow your emails more closely. So much to learn. Thank you.