Save our plants! ~ by Lewis

The papers regularly document the loss of species and habitats in tropical ecosystems, such as the rain forests. However, we are witnessing a similar phenomenon in our own back-yards.

The landscape and flora of the British Isles has been determined by the weather, geological movements and, more recently by humans and human activity. With the retreat of the glaciers associated with the last Ice Age, the underlying land was once again exposed, the sea level rose and some 9,000 years ago, the British Isles became separated from the rest of Europe. Our native plants are those that were present in the British Isles before the formation of the English Channel. However, since that time many different species have arrived or have been brought to the British Isles. 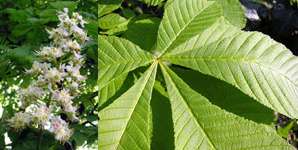 Some of these arrivals, we know regard as native or typical of the British Flora. For example, the horse chestnut is an integral feature of many rural and urban landscapes but it is an introduced species. Introductions have occurred ever since humans started moving across the channel and trading with others. Some plants arrived on ships, in bales of hay, in the mud on peoples’ boots. Some were deliberately introduced as food or medicinal plants, and some as ornamental plants for parks or gardens.

On occasions such plants spread quickly across the countryside, using the artificial habitats/environments that we have created for dispersal, such as canals, railway tracks and roads. An example of this can be seen in the story of the Oxford Ragwort (Senecio squalidus). 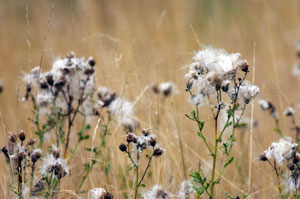 It was first grown in the Oxford Botanic garden around 1690. However after some years, it escaped and could be seen growing around Oxford. Then, with the advent of the railways, it was able to spread along the tracks and across the country; a detailed account of this has been produced by the Bristol University Biology department. Another example is Rhododendron ponticum (another Mediterranean species); it was popular on country estates in Victorian times - it shades out native species and causes problems in areas such as the Snowdonia National Park and the west coast of Scotland. Research using DNA technologies suggests that many of the original plants came from Spain.

Species introduction is still ongoing and this, coupled with habitat destruction has lead many plant scientists to express concern about the loss of our native species.

Invasive species have long been recognised as a problem, especially where they damage or replace areas of natural vegetation. However, the problems posed by introduced variants of native species have received less attention.   There are now moves to use truly native seeds and plants when re-populating or restoring areas of pasture, grassland, hedgerow or woodland – which have been lost or damaged as a result of twentieth century agricultural and forestry practices. This loss of habitat and associated flora has meant that many animal species are under threat (butterflies, moths, birds and small mammals).

Artificial habitats, such as the verges, embankments and other areas around motorways, have in the past been planted with trees, shrubs and grass that have been sourced (in part) from abroad. There is often pressure for such sites to be planted up quickly and, in consequence, the plants and seeds used are from introduced or cultivated sources. Floralocale.org lists many species or variants that are often used in place of native plants, thus substitutions are often made for Silver Birch, Dogwoods, Holly, Hawthorn, Blackthorn, Birds’ Foot trefoil and many wild flowers and grasses. Much of the work and philosophy of the Flora Locale project is contained in their excellent publication ‘Go native. Planting for Biodiversity’. 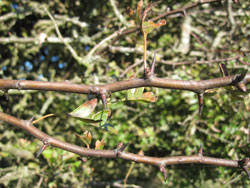 Using seeds and plants that are truly native has a number of advantages:

For more information on buying and using native plants in your gardens, visit the Flora locale website, and download their advisory note on "buying native flora for biodiversity projects and gardens", that is linked from their home page.

I totally agree that we should promote our own native plants at every opportunity. It is such a shame that they are continually overlooked in favour of the large engineered and foreign plants that gardens and nurseries are full of. People don’t like “weeds”, but they are our native flowers. I live in a very rural area with lots of lanes. Up to last year, the verges were full of wild flowers, starting off with the usual cow parsley. Last year, before it had time to flower, it was cut back by the highways agency. They cut the verge four times during the year, the last time when it was very wet in November. This churned upo all the soil, making it look as if it had been plowed. This happened in all the lanes of West Sussex, and I’ve no doubt elsewhere as well. What a distructive activity, and what a waste of tax payers money.