Seeds – the means of dispersal 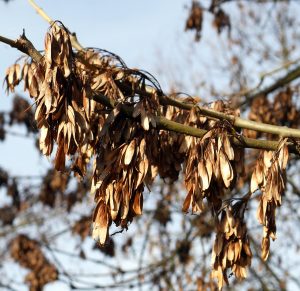 In general, as plants are fixed in place, they have a bit of a problem when it comes to reproduction. That is, exchanging genetic material with one another and then ensuring that their offspring can establish themselves away from the parents so that they are not in direct competition.   Some plants have solved this by using the wind to move pollen and/or seeds (anemochory), some use water (hydrochory) and many others have ‘entered into associations’ with animals.

The list of animals providing ‘assistance’ is quite varied.  In the case of pollen, transfer is achieved by beetles, bees, bumblebees, hoverflies, hummingbirds, fruit bats, moths etc.  The dispersal of seeds by animals is known as zoochory.

In many cases, the seeds are transported by attaching to the outside of an animal ; this is known as epizoochory.  A variety of hooks, spines and barbs are used - an example is seen in cleavers, also known as goosegrass.  Though this is quite effective as a means of transport (seen in some invasive species), the number of species that use animals for epichorous transport is relatively limited. 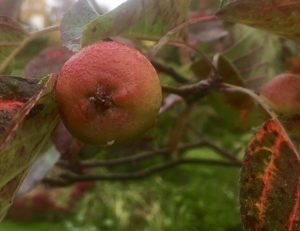 Far more common is endozoochory, this is particularly true for tree species.  It involves the ingestion of seeds.   The seeds are usually within an edible and nutritious fruit - which tempts an animal to eat it.  Large frugivores (such as tapirs, chimpanzees, hornbills, parrots) are responsible for the dispersal of the majority of large seeds in the Tropics. Almost five hundred seeds from the cactus (Pilosocereus pachycladus) were found in a single dropping of the parrot - Lear’s Macaw (Anodorhynchus leari).

In Alaska, brown and black bears eat the red berries of devil’s club.  Brown bears (grizzlies) can swallow 350 to 400 berries in one mouthful.  The seeds pass through their intestines and are deposited in their faeces / scat. It has been estimated that they distribute 200,000 devil’s club seeds per square kilometre per hour. By dispersing the seeds throughout their ecosystem, the bears are promoting a ‘crop’ that supports them - when salmon and other food sources are not readily available. 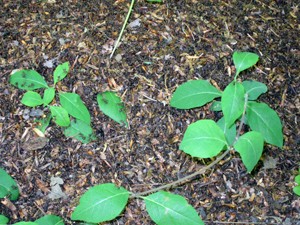 Not all dispersal agents are large, ants play an important role in the dispersal of seeds.  Ants disperse seeds in two distinct ways.  The first way is through the activity of harvester ants.  Like squirrels and other ‘gatherers’, harvester ants forage the soil of the wood or forest gathering large quantities of seeds and transporting them back to their nests / colonies.  As they transport the seeds, some get dropped or lost on the way.  Others may be ‘cached’,  in or near the nest [for later consumption] but then are ‘forgotten’ or ignored.  Such seeds may later germinate and establish themselves at a site removed from the parental plant.  This accidental dispersal by ants occurs during what has been described as ‘seed predation’.

There is a second method of seed dispersal by ants, which involves an intimate association between certain plants and particular ant species.  Some plants, when they form the seed, produce an ‘extra’ structure that is attached to the seed – an ELAIOSOME or fat / oil body.  This elaiosome lures or attracts ants to the plant, or rather seed to be carried.  The ant carries off the seed to the nest / colony, where it is eaten (often by the larvae) and the seed is discarded – unharmed.  This interaction between plant and ant may be described as an example of mutualism.  It is also known as MYRMECOCHORY.

There are benefits to this arrangement for both ‘partners’.  The seeds of the plant are ‘protected’ from seed predation by birds and rodents.  The seed is dispersed from the parent plant, ants bearing a seed for some 70 metres have been recorded.  The seed is then (often) deposited in a nutrient-rich micro-habitat.  In some areas, such as Australia, the seed may be protected from fire as it is buried at some depth.  The ant gains a ‘tailor made’ food material rich in fat, an energy rich material. 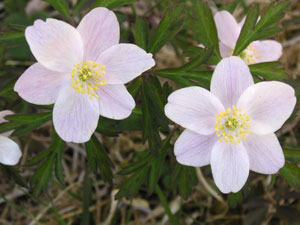 In Europe and North America, many myrmecochores are herbs found in forests and woodlands; whereas in South America vines and epiphytes make use of ants. Many plants in Australia and South Africa growing in dry soils / conditions use ants.  Some 1500 Australian species of heath and woodland plants have been identified as myrmecochores (Berg, 1975).

In the U.K., ants disperse the seeds of several woodland plants, including Common cow-wheat or Melampyrum pratense, violets (Viola sp) and wood anemone (Anemone nemorosa). These ‘helping hands’ might be welcomed by woodland owners / managers as they seek to develop microhabitats and extend the range of species within a woodland.

Let us not forget the UK jays, and the much-maligned grey squirrel as seed-planters. The latter is also here to stay; controversial, and not popular with foresters, but is now a permanent member of our island ecology; like many other so-called (and some, long ago) introduced “aliens”.