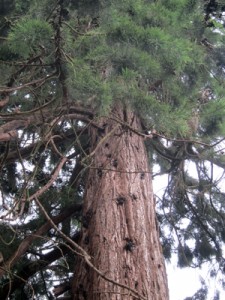 There is only one living member of the genus Sequoia,   Sequoia sempervirens : the coast redwood.  It is a coniferous trees and belongs to the family Cupressaceae. The redwoods (Sequoia sp) are amongst the largest and oldest living organisms on the planet – some are possibly more than three millennia old. The trees are found along the coastal regions of California and Oregon.

Whilst the trees can live to a great age, recent studies have found that the trees are suffering as a result of beetle attack, prolonged drought and and fire damage.  Several of the long lived trees in the Sierra Nevada of California have died in recent years as a result of these ‘problems’.  It had been thought that such trees could survive fire or beetle attack; but the combination of a period of extended drought in the area (2012 - 2016 in California), combined with fire damage and beetle attack has ‘felled’ these giants. The lengthy drought has resulted in Sequoias dying “from the top down” with bark beetle infestation in their crowns.  Many other tree species have died as a result of extended drought(s) and fires. 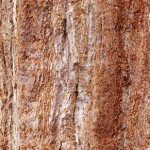 To date, only a small number of the redwoods have died, and some 6000 trees are still to be found in the region.  The concern is that more are expected to succumb to beetle attack if climate change brings drought of increasing severity or frequency.  The National Parks Service is now planting Sequoia seedlings outside of the areas where they are usually found - at somewhat higher altitudes.  They are also ensuring that the areas are not accumulating too much litter so that if fires occur , they will not be able to use the litter as fuel and hopefully the fires will not burn with such intensity.