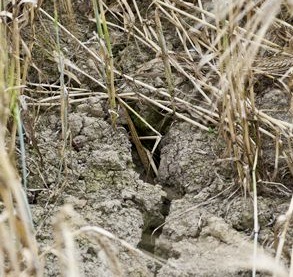 Whilst it is not possible to attribute a particular weather event to climate change alone, what is clear is that climate change / global warming intensifies certain meteorological events. High temperatures and reduced rainfall have lead to the extreme fires seen recently in Australia and on the pacific coast of America.  Floods and periods of drought are now more common and the last two decades have seen some of the warmest years on record - in the U.K. .  Whilst too much water can result in the death of trees and plants as the soil becomes water-logged - so oxygen cannot reach the root -  drought also stresses trees and other plants.

Drought-induced death of trees is associated with the failure of the water transporting system (xylem), but the process is poorly understood. Tree, indeed plant survival, is dependent on a continuous supply of water to the leaves. Water passes from the soil into the roots and is then transported through a series of 'hollow tubes’ or xylem vessels that carry the water (and mineral salts) up to the leaves in the canopy. In order to photosynthesise, 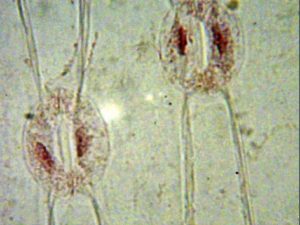 trees / plants must open their stomates (tiny pores mainly on the lower surface of the leaves) to allow carbon dioxide to enter.  This opening of the stomates means that water is lost to the atmosphere (transpiration). The loss of water means that fluid in the xylem tubes is under a ‘pulling force’, i.e under ‘tension’.   During hot weather, the rate of water loss increases and the tension in the xylem tubes increases. Eventually, this tension reaches a point where the columns of water snap and air bubbles form inside the tubes. These air bubbles then block the flow of water. 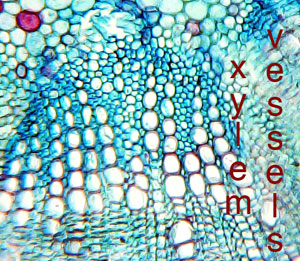 The formation of air bubbles in the xylem tubes is known as xylem cavitation.  If the hot weather continues, the number of air bubbles increases and water transport in the tree is severely restricted - which can lead to the death of the tree.   Xylem cavitation and the spread of 'air bubbles' through the xylem tissue is poorly understood but research at the University of Tasmania (Kate Johnson et al) is using new techniques, such as X-ray micro-computed tomography imaging (microCT) and an Optical Vulnerability Technique OVT (using cameras) to investigate the phenomenon. The research team have been looking at the spread of 'air bubbles' in three drought-resistant trees, including black wattle and southern blue gum.  It is hoped that using these techniques will help scientists understand the links between xylem anatomy, the formation of 'air bubbles' and a tree’s vulnerability to temperature / drought stress.

Plants have evolved a number of strategies to survive drought, notably structural adaptations for water conservation, such as : 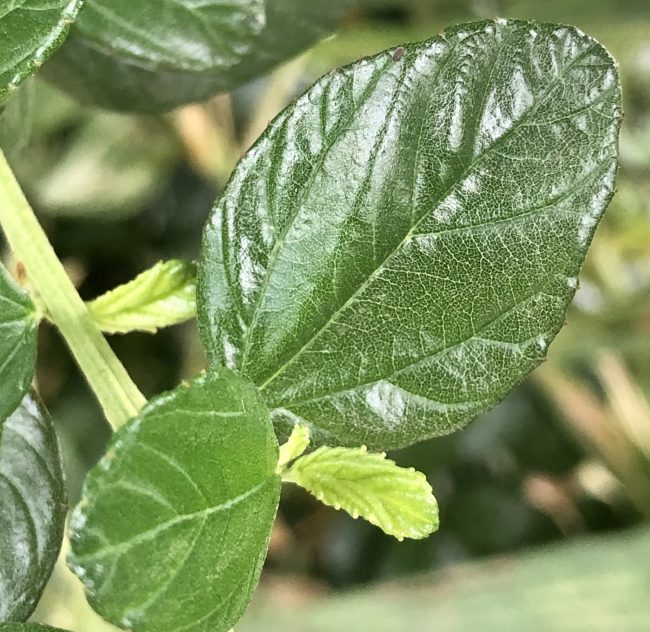 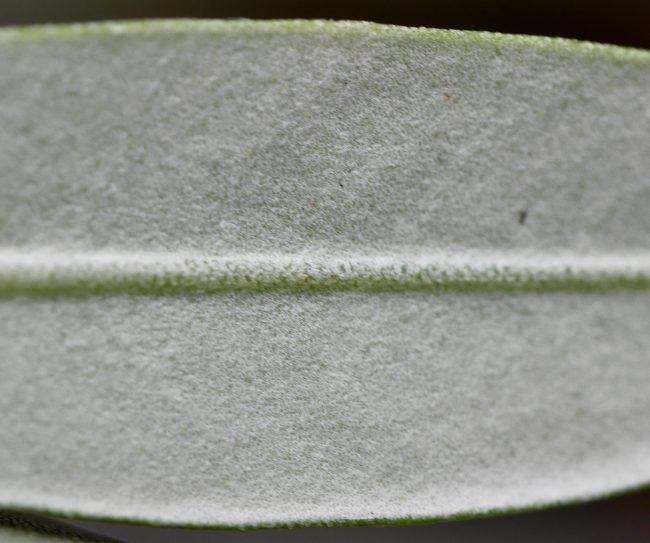 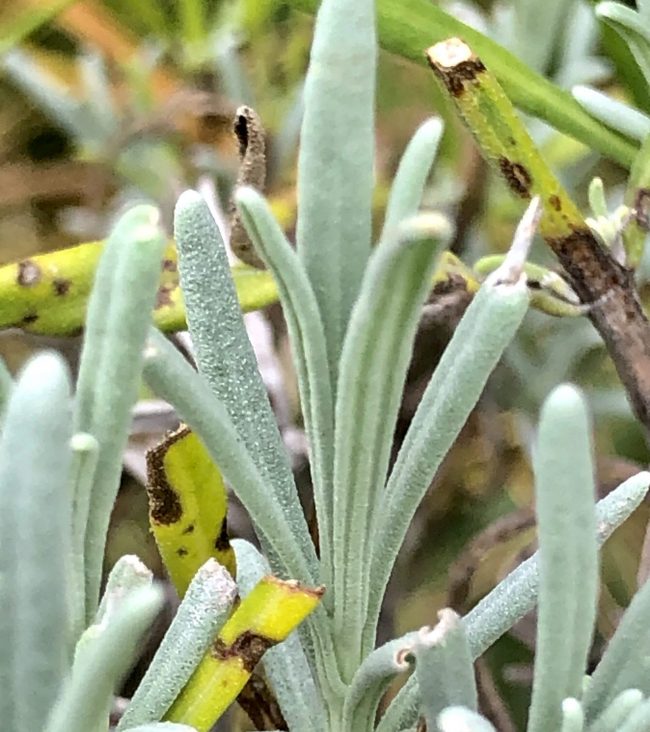 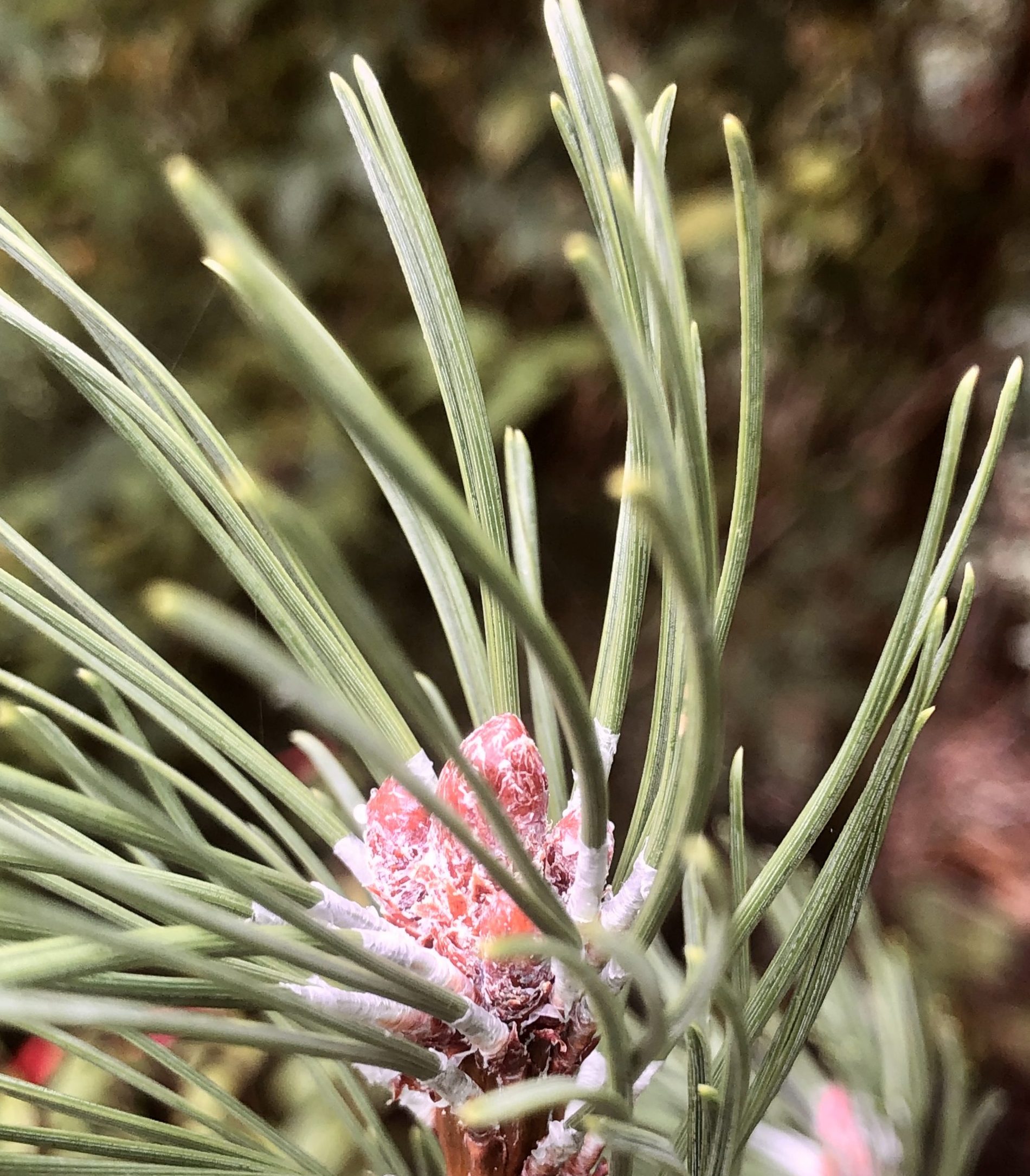