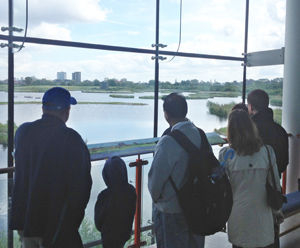 "That's the wettest woodland in the county" is a comment people often make about their local woodland.  But this comment cannot be literally true for very many woods.  It seems that people are often surprised by how wet woodlands can be and hence are often keen to drain them.  However, wetlands are important habitats and can be home to unusual birds, invertebrates and mammals.

Visiting the London Wetlands Centre recently I discovered how a former sewage works has been transformed into a wildlife sanctuary over the last 20 years.  Having become redundant as a sewage treatment plant, because of the creation of the Thames Water ring main, negotiations in the late 1980s led to part of it being developed for housing by Berkeley Homes (about 40 acres) and the remainder (about 100 acres) becoming available as a reserve.  An old 1955 pipe means that it is filled with freshwater from the upper Thames so that it's water is independent of the neighbouring tidal part of the river Thames, and hence avoids being "polluted" by seawater. 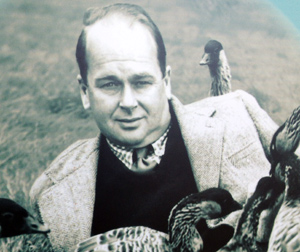 The London Wetlands Centre opened in 2000, ten years after the WWT founder Sir Peter Scott died: he would have been excited to see how well it has worked out with modern buildings and active conservation management.

The London Wetlands Centre has had its wildlife problems: in particular mink have got in and reduced the population of water voles, although the voles are able to survive predation by hiding in dense reed beds.  By tracking the voles with radio collars the Wetland team are able to monitor the population which is about 250, but it varies sharply through the year as 70-80% die over the winter.  Voles, like rats, are very prolific and each female has 3-4 litters each year.  Urban foxes have also been a nuisance as they invade the site and kill wildfowl, but there is currently a project to fence them out with electric fences.  Unfortunately some species have invaded which eat eggs such as Ninja turtles and terrapins which can eat the eggs of the various wildfowl. 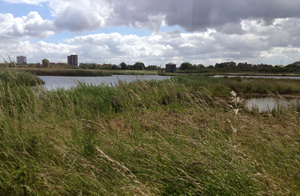 The centre has a mix of introduced species and those over-wintering and coming in to use a suitable habitat such as bitterns, siskins and lesser redpolls.  Some of the birds staying here are beginning or ending long intercontinental journeys which inspired the Wetlands Centre to design its main observation room like an airport departure lounge as a "bird airport".  From it you can also the rafts they have built as nest sites.  Mammals have also been introduced such as the Asian whitewater otters, perhaps mirroring the increased interest in otters in streams and woodlands outside London.

One of the most striking inhabitants is the Bewick swan (Cygnus columbianus bewickii) which was first studied in the 18th century by Thomas Bewick, an engraver and naturalist. 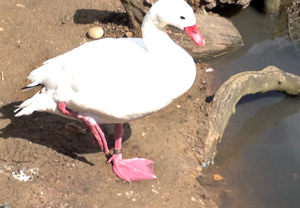 This extraordinary swan goes on a 2,000 mile migration just 3 months after hatching.  It breeds in the arctic tundra and spends the winter in southern England or France.  It was a favourite of Sir Peter Scott who founded the Wildfowl and Wetlands Trust in 1946 - he discovered that the bewick swan's face markings of each bird are distinctive.  They also form pair bonds for life and can live for 25 years - at the WWT centre in Slimbridge, Gloucestershire, there was a favourite bewick swan called Lancelot who reappeared after his migrations every year for 23 years on the trot.

A woodland owner with wet areas of their woodland can certainly contribute to conservation by making it wildfowl-friendly - perhaps by unsilting ponds, by cutting back trees to create clearings and by resisting the temptation to drain everything.  The Wildlife and Wetland Trust's centres in London and Slimbridge are an inspiration for those who value wetlands.  Beyond these they now have seven other wildfowl and wetland centres around the UK which are described more fully at www.wwt.org.uk. 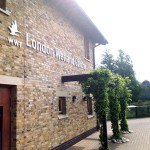 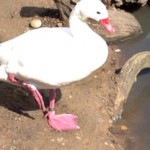 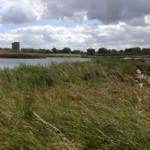 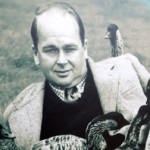 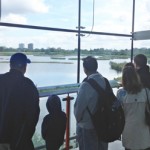 A very good article. I finally visited the place, back in May when attending a Royal Meteorological Society event on phenology. If I may, can I however point out that your image of a Bewick’s Swan is actually a goose. Nevertheless, some good points were made in your post and wet woodlands in my opinion, are too rare. As a birder, it soon becomes apparent that species such as Woodcock are dramatically down in breeding numbers, due to the lack of suitable wet woodland.