Where’s your Christmas pudding from ? 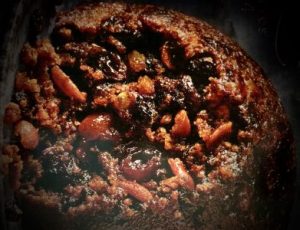 As the only one in the family who likes Christmas Pudding, I  usually treat myself to a commercially produced pudding.  Knowing that it is stuffed full of calories, I looked at the label to see if I could convince myself of its worthiness in terms of fibre or vitamins or  …….   The list of ingredients was significant with many items from different parts of the world.  As well as disregarding the calories, I also decided not to think about the air miles involved. 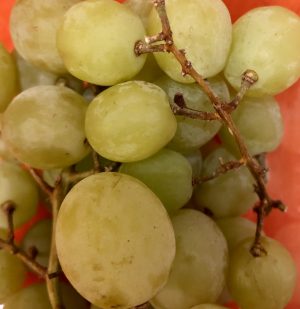 These are all derived from the grape vine :  Vitis .  The cultivation of the grape began some 6,000–8,000 years ago in the Mediterranean and Central Asia..  Vines are now widely grown in the States, Australia, the Mediterranean, Europe, South America and China.  Yeasts occur naturally on the skins of grapes; the presence of yeasts lead to the 'discovery' of alcoholic drinks such as wine. Grapes contain anthocyanins and other compounds belonging to the polyphenol family e.g. resveratrol.

The term raisin is generally reserved for a dried dark-coloured large grape (see note below *).

A currant is a dried Black Corinth grape, the name being derived from the French Raisin de Corinthe or Corinth Grape.

Derived from either sugar cane (Saccharum officinarum) or Sugar Beet. 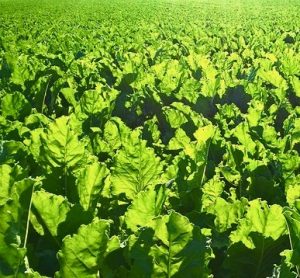 It is a disaccharide sugar - sucrose.  Sucrose is broken down in the gut to glucose and fructose - which are rapidly absorbed into the blood stream.

Sugar Cane originally from South East Asia but is now associated with the West Indies and Brazil.  The sugar cane is a C4 plant - that is, it uses a different biochemical pathway for photosynthesis than that seen in plants of temperate regions.  It can grow very quickly.

Sugar beet is derived from the common beet (Beta vulgaris) . Other beet derivatives are beetroot and chard. Its closest wild relative is the sea beet (Beta vulgaris subsp. maritima).  Sugar Beet production is common in parts of East Anglia (image right) but one of the biggest producers is France.  The crop of sugar beet can form an important part of a crop rotation cycle. 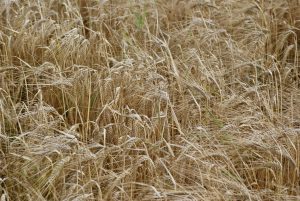 This comes from the bread wheat - Triticum aestivum.  This is thought to have originated in the Fertile Crescent from the coming together of the chromosomes from three different species.  It is a polyploid.  Bread wheat accounts for 95% of wheat production world wide.  Its flour contains starch - a complex polysaccharide but also proteins in the form of gluten and gliadin. 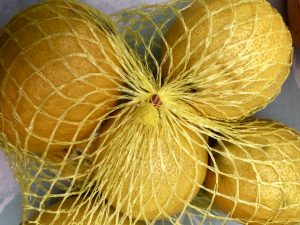 The principal components of candied peel are orange and lemon .  The (sweet) orange or Citrus sinensis is a hybrid between members of the Rutaceae - the pomelo (Citrus maxima) and mandarin (Citrus reticulata).  The origin of the lemon is also uncertain though lemons are thought to have first grown in north east India  or China. It may be that it is a  hybrid between the  bitter orange or sour orange and the citron.

The various oils and polyphenols in the rinds of the oranges and lemons contribute much to the flavour and aroma of candied peel.  The recipe for candied peel varies but the general principle is to boil the fruit, soak it in a strong sugar solution for a number of weeks, and then it dry off.  There are many varieties of orange, grown across the world from the States to Australia, Portugal and South Africa.  The main producers of lemons are India, Mexico, China, Argentina, and Brazil.

Mixed spice is a blend of different sweet spices. It often contains: 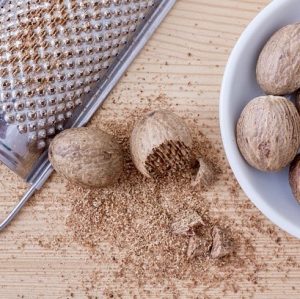 Cinnamon, Nutmeg, Allspice and sometimes Cloves, Ginger, Coriander (seed) and Caraway.  The term "mixed spice" has been used for this blend of spices in cookbooks back in the C19th and probably much earlier.

Nutmeg is made by grinding the seed of the fragrant nutmeg tree (Myristica fragrans) into powder. It has a distinctive pungent fragrance and sweet  / warm taste.  Mace comes from the outer reddish cover (aril) of the nutmeg seed. Its flavour is similar to nutmeg but more subtle. The tree is native to the Banda Islands in the Moluccas (or Spice Islands) of Indonesia.   Allspice is the dried fruit of the plant Pimenta dioica .The fruits are traditionally dried in the sun. When dried they are brown and resemble peppercorns.  At one time, the plant was thought to grow only in Jamaica, where the plant was readily spread by birds.

Cognac is ultimately derived from the grape - the Vine (Vitis vinifera).  The white wine used in creating cognac is dry, acidic and thin - made from certain grape varieties, sometimes described  as "virtually undrinkable”.  It is subject to distillation and  then ageing. 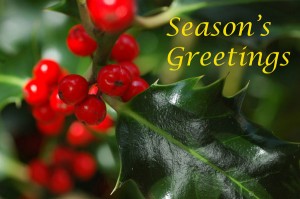 * Prior to the Victorians, the term ‘plum’ apparently referred to a raisin. So the plums in 'plum pudding' are not plums but raisins.  In the past, Christmas or 'Plum Pudding' would also have included ingredients such suet and eggs. An example of an old recipe can be found in “The Art of Cookery Made Easy and Refined“ by John Mollard [1802].   “Take one pound of raisins stoned, one pound of currants washed and picked, one pound of beef suet chopped, two ounces of jordan almonds blanched and pounded, citron, candied orange and lemon peel pounded, two ounces of each, a little salt, some grated nutmeg and sugar, one pound of sifted flour, a gill of brandy, and eight eggs well beaten. Mix all together with cream or milk, and let it be of a good thickness; then tie it in a cloth, boil it five hours, and serve it up with melted butter over.”

Suet is the raw, hard fat of beef (or mutton) found in and around the abdominal cavity and kidneys - so not a vegetarian’s delight.  The pudding might also have had a sprig of holly - sitting on the top for decoration.  This might be the only 'home grown' component of the pudding.

Incidentally, my pudding is from Iceland 😉 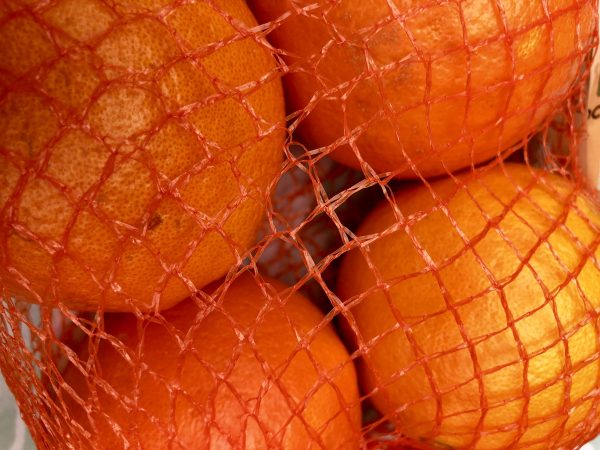 Sugar beet image courtesy of Pexels; both at Pixabay.com

This made fascinating reading, I made 4 Christmas puddings once in 1978. They turned out wonderfully well and although I live in The Netherlands most of the people who “tried a bit” did enjoy them, but for Dutch tastes they are a bit on the heavy side.
Very best association for me is that with Chrismas Pud you are entitled to indulge yourself in Oh So Delicious “Fluffy Christmas Sauce” which is from one of my Good Housekeeping cookery books. Hope all readers enjoy a fine Christmas, xx