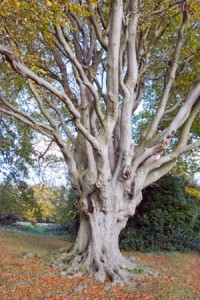 The western honey bee (Apis mellifera) is the most common of the various honey bee species world-wide.  Like the other honeybee species, it is described as eusocial.  That is, thousands of sterile female worker bees live in colonies with one fertile queen, and a small number of males (drones).  The western honey bee is often described as a ‘domesticated’ insect. Whilst it is true the honey bees have been ‘managed’ by humans for thousands of years (through the provision of hives), their behaviour is essentiallysimilar to that of  their 'wild cousins’.

The western honey bee probably had its origins in Eastern Africa, later spreading to Europe and Asia. giving rise to various ‘breeds’ and sub-species along the way. Bees actually evolved from wasps (about 120 million years ago). Like bees, these ancient wasps built and defended nests, and gathered food for their young. But while bees feed on nectar and pollen, their wasp ancestors stung and paralysed other insects, bringing them back to feed developing offspring.  The first Apis-like fossils (often trapped in amber) date from the Miocene period (about 25 million years ago).

Originally the habitat of the  honey bee in Europe was probably deciduous forest, which provided nest cavities and food. However since the Middle Ages, humans have substantially managed honey bee colonies' breeding and feeding.  Colonies have been managed in hives and the bees moved from their woodland homes to farms, villages, and towns. The original homelands of the bees were slowly but surely lost through the felling of forests and the expansion of agriculture. With increasing human control of the bees reproduction / honey production, so pathogens & parasites have come to challenge the wellbeing of these important pollinators, notably the mite Varroa destructor. 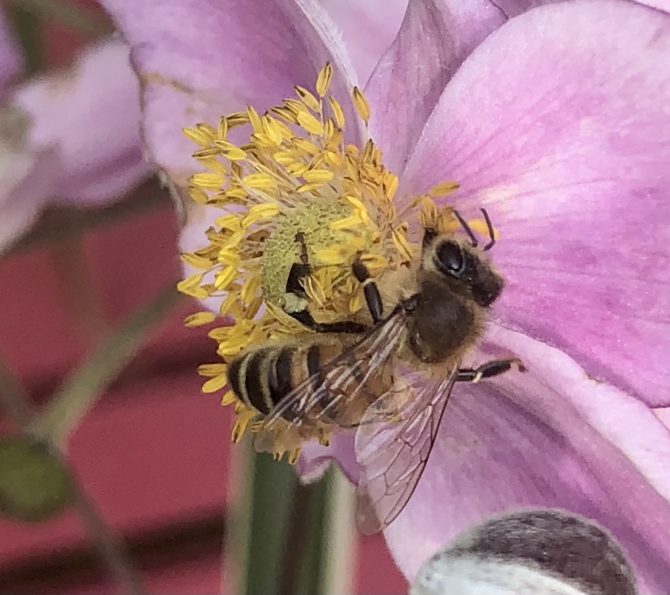 Are there still wild / feral colonies of the honey bee?

It is known that there are naturally nesting honey bees colonies in the large temperate woodlands of North America and the Southern Ural.  However, little is known about wild honey bee colonies in Europe, indeed it has been said that such colonies are rare.(link opens a PDF)

Beech dominated forest / woodland represents a major vegetation type in Central Europe and recent studies have been focused on assessing biodiversity in such forests and its conservation.  This has, in part, lead to the study of pollinating insects in such areas.  Work by the University of Würzburghe on woodlands of the Hainich and the Swabian Alb has looked at the occurrence and distribution of wild honey bee colonies.  Study of the Hainich (a near natural beech forest) found that honey bee colonies living deep inside the woods, not just on the margins. Surveys of cavities in trees in the forests of the Swabian Alb found honey bee colonies regularly inhabiting cavities in beech trees.  The abundance and activity of black woodpeckers was thought to be a key factor in determining the number / availability of cavities large enough for honey bee colonies. 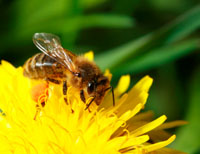 A cavity for a honey bee colony needs to have a volume of 20 litres or more (to allow them to hoard enough honey for overwintering).

These wild or feral honey bees affect other organisms in the forests / woodlands.  For example, there is competition for tree cavities as they are ‘attractive’ to other animals.  The bees transport nutrients to their nests so the colonies represent an accumulation of biomass, organic matter [like wax, pollen, dead bees, and the nest] indirectly nourishes a whole range of organisms that feed on the detritus within tree cavities. The bees themselves can be preyed upon, consumed by birds, mammals and other insects. So, wild honey bees can make a significant contribution to the food web of these European beech forests adding to the diversity of the ecosystem..

For detailed information on the research by the University of Wuerzburg - see https://www.researchgate.net/institution/University-of-Wuerzburg

In a woodland dominated by silver birch but with beech, oak, larch, scots pine and sweet chestnut is there sufficient forage for honey bees once the spring flowering is over? The under-storey is dominated by bracken at the moment.

I’m pleased someone is promoting research into the benefits and broader eco system services of the Honey Bee beyond simply pollination (albeit, that is incredibly important); and further, speaks to the ways in which sound arboricultural management can encourage bees even deep within a woodland. Bravo!