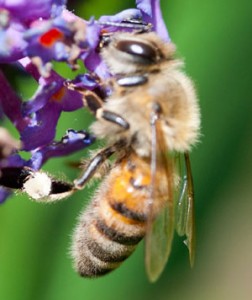 The woodlands blog has previously posted about hygienic behaviour that is seen in some bee colonies, this involves the removal of dead bee larvae and pupae. These could act as breeding grounds for mites and other insects that make “their home” in a hive.

Mites, such as the varroa mite, are small spider-like creatures that attach to bees and ‘suck their blood’ and in so doing inoculate the bees with various viruses such as acute bee paralysis virus, deformed wing virus, and slow paralysis virus etc.   Mites are endemic to both wild and domestic bee colonies, as are insects such as wax moth larvae.  Wax moth larvae can burrow into the combs of a hive / colony destroying the cells where the larvae etc. are developing and growing, and where honey is stored.

Now Greek scientists  (Dr Alexandros Papachristoforou,  Aristotle University of Thessaloniki) have discovered another aspect of bee behaviour that helps keep colonies healthy.  Bees are known to remove these pests from a hive but only recently has the underlying ‘mechanism’ come to light.  It seems that the bees bite the mites, with their mandibles.  As they do so, they inject a chemical (2-heptanone), which acts as an anaesthetic. 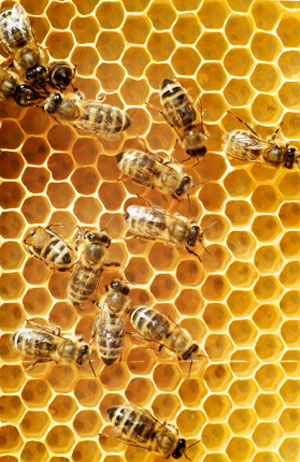 Honeybee mandibles can penetrate the cuticle  / exoskeleton or 'skin' of moth larvae or mites, introducing less than one nanolitre of heptanone (anaesthetic) into the circulatory system of the moth / mite, causing anaesthetisation that lasts for a few minutes. The mite / insect is thus temporarily paralysed, making it easier for the bee to remove it from the hive.  The amount of heptanone secreted by a bee changes with age and the ‘job’ that the bee is performing in the hive; it reaches a maximum level in bees acting as guards and foragers.  The ‘anaesthetic’ is only released by the mandibles when the bees bite strongly – as the mandibles are used for many tasks (other than biting) during the life cycle of the insect.

Honeybees display “grooming” behaviour - the removal of mites from the bodies of their fellow workers; they use their mandibles to bite and then remove the Varroa  mites. Colonies where high numbers of dead and injured mites accumulate at the bottom of the hive / colony are associated with effective hygienic behaviour  - through grooming.

It is possible that this work could lead on to the use of 2-Heptanone as an local anaesthetic for humans - an alternative to lidocaine, which though well established for clinical use, has the disadvantage of provoking allergic reactions in some people.  The honey bee and bumblebee are under various threats  (loss of habitat, parasites and insecticides) so it is good to know that they do have some natural means of defence. 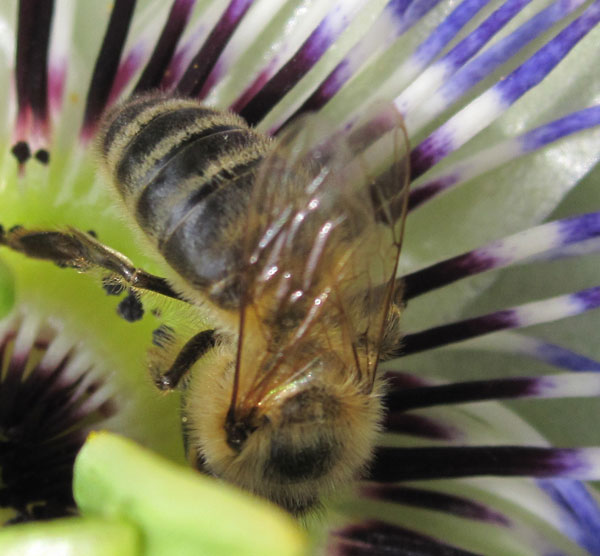