Threats to the Honeybee 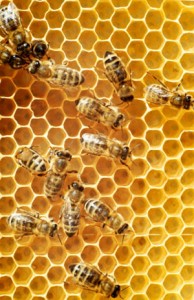 At the start of the twentieth century, it has been estimated that there were about one million beehives in the U.K. Now the number is about 280,000; there has also been a significant decline in the number of beekeepers. There have been several reports about diseases affecting bees themselves.  The losses of bees over the winter periods has increased dramatically.  The British Beekeepers’ Association reported a loss of 30% for 2007/8.  In the United States, many hives had been affected by Colony Collapse Disorder (CCD) and it was assumed that something similar was happening in the UK.

It is not clear what is affecting bees.   In all probability, it will turn out to be a number of factors.  The intensification of agriculture, the loss of ‘traditional’ meadows (with lots of different plants) and also heather moorlands, means that there are fewer plants for bees.  These changes, coupled with exposure to pesticides and the increasing incidence of parasites (varroa mite) and disease (chalk brood fungus, nosema apis – which invades the gut of a bee) mean that bee colonies are at risk.  The varroa destructor mite is a small spider-like creature which attaches to a bee, and sucks its blood.  Whilst this, in itself, is unlikely to kill a bee, its piercing mouthparts ‘inoculate’ the bee with various viruses – 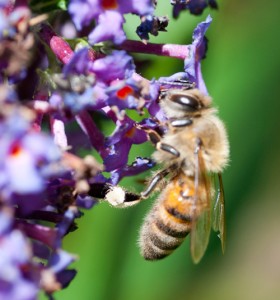 Fortunately, Sussex University has established LASI – the Laboratory of Apiculture and Social Insects, and appointed the first Professor of Apiculture in the U.K. – Professor Francis Ratnieks.  Also at Sussex is Dr Margaret Couvillon, who is working on the further decoding of the famous waggle dance of the honeybees.

At LASI, they are looking at ways to get around some of the problems that bees face.  They are particularly interested in bees which show a degree of ‘disease resistance’.  In a hive, when larvae or pupae die, their remains can spread disease as they provide a breeding ground for varroa mite.  However, some bees remove dead larvae and pupae from the hive.  This reduces the risk of disease, interfering with the life cycle / reproduction of the mite.  At present, only a small percentage of British hives show this ‘hygienic’ behaviour, so LASI is researching into how to spread this behaviour, so that bee keepers will be able to have colonies of these ‘self cleaning’ bees. 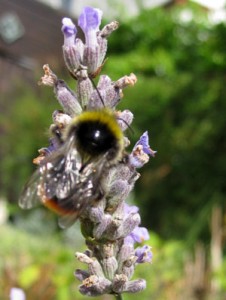 Alongside the threats to honeybees, bumblebees are in sharp decline. Of the various species found in the UK, two are now extinct and many more are seriously threatened.

Like bees, they are responsible for the pollination of many flowers of both commercial and ecological importance.  See also the woodland blog : https://www.woodlands.co.uk/blog/wildlife/bumblebees/ and perhaps visit the website of the Bumblebee Conservation Trust.

[…] at the University of Sussex.   The Department and Professor Ratnieks (which have featured in the woodland blog before) are involved in “The Sussex Plan for Honey Bee Health and Well […]

I have moved to new flat and have seen so far maybe 6 or 7 varieties of bees. I also note their landing on things such as doc leaves for periods. yesterday i noticed a wasp walking g around quite happily in a red ant nest. I am planning to encourage the garden diversity not by removing as traditional some of the more usual unwanted species of plant life but rather to not so much give but to allow the bees to do as they see fit with their own instinctive habitual behaviour, some of which in some may have been possibly forgotten or that they may have adapted to changes over many years. Maybe if they could find a plant species which the particular mite which affects some bees does not like that an infusion by digestion could help the bees. Is it possible that we inadvertently by cultivation technique moved or removed a species of plant which bees maybe once needed? So many questions and combinations to find. I think we can or maybe we already have but just haven’t realised it yet? I hope so!

[…] bees ~ by Chris The woodlands blog has previously posted about hygienic behaviour that is seen in some bee colonies, this involves the removal of dead bee larvae and pupae. These […]

Plaw hatch in Sussex have colonies of bees raised biodynamically on their biodynamic farm, they have had no problems at all, all very healthy and all come safely through the winter. I am about to receive 18 hives from a local producer to put in our wood hoping to support these amazing creatures.

I noticed last year that bees had made a nest under a wooden shed in my garden, they were very happy there, but this year they moved over to a veg patch, and I didn’t realise it until I had dug it over and saw the bees come back trying to find their nest entrance. Is there anyway I can avoid this happening next year – I am happy for bees to nest but need to know how to encourage them to do it in the parts of the garden where they won’t be disturbed. I can’t be the only gardener to have done this, it must be happening in gardens all over the place – bees must be running out of places to nest! Another note, I’ve seen black and white bees this year, and have never seen them before. Are they quite common?

The Co-operative are taking action on bee decline, and have banned the use of neonicotoid pesticides until the evidence is in. There is some useful information available on their website

Interesting school of thought links neonicotinoid-type pesticides with a weakening of the bees’ systems, thus permitting these diseases to affect them. But there are huge commercial interests in these massively profitable products…

Draw your own conclusions. It’s likely to be a multifactorial problem and any blame that can be shifted away from chemical companies will be. The use of neonic’s is much more restricted in France where it was linked with CCD years ago.

Anyway, the idea of keeping some woodland chemical-free can only encourage biodiveristy and hopefully our bees can survive.

The decline of these all-important pollinators is really scary to consider, and I’m relieved to learn from the BBC link that researchers feel they now have better clues to the potential cause.

Meanwhile, if you own a small woodland – why not consider ways to manage it to make it more bee- and bumblebee-friendly? :-) What naturally occurring plants in your woodland are important sources of nectar? Can you encourage their growth or carefully introduce other local bee-friendly species?