You are here: Home > Blog > Energy, sustainability & economics > “The Fight for Beauty” – Fiona Reynolds’ book on the British countryside 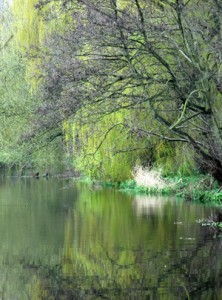 "People will only protect what they care about, and they will only care about what they have experienced" according to David Attenborough.  On this basis, Fiona Reynolds argues that we need to help the public to have easy access to the British countryside and to do conservation in a hands-on way rather than leave it all to professionals.  We must help people touch and feel trees and woodlands if we want them to be valued.

"The Fight for Beauty" is a 320 page book containing a magnificent account of the efforts to preserve British landscape, species and habitats in the 60 years after the war but as Reynolds admits it is still true that, "nature protection remains weak" and habitat loss has been severe as we continue to witness the sixth mass extinction event.  Presumably without the work of Fiona Reynolds and others things might have become even worse - Fiona Reynolds has been Director General of the National Trust and previously was an active campaigner through the Council for National Parks and the Campaign for the Protection of Rural England (CPRE).  Now "out to grass" as the Master of Emmanuel College, Cambridge, she is already a "Grand old Dame" of countryside campaigning despite being still on the right side of 60. 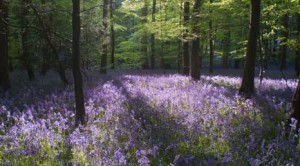 "Beauty" is at once a very subjective term and a rallying cry for those who want to preserve Britain's countryside for its beauty rather than for any economic or strictly measurable reason.  The term "beauty" was much more accepted by the Victorians as a policy objective and something to strive for, but after 1945 the concept was virtually eliminated from official parlance.

One exception was the AONB designations (Areas of Outstanding Natural Beauty), these were an attempt to prevent post-war building from vandalising our landscapes.  As Reynolds explains, it was an irony of post-war years that the country was saved from the Germans only to be ruined by its own citizens.  Efforts to protect beauty and our countryside heritage have been helped by many campaigning organisations but this book suggests that the two most effective initiatives are those that have ring-fenced areas against insensitive development - National Parks in various regions and the National Trust on their own properties.  National Parks create an extra layer of planning control whilst the National Trust has effectively brought many great houses and 600,000 acres into what amounts to a form of community ownership.  But Reynolds plays down the significant class issues around the National Trust - the extent to which its properties were in fact nationalised through the death duty regime and the fact that 4 million NT members are hugely over-represented by the middle classes.  She is full of praise for what the National Trust has done to preserve buildings and landscape through acquisition and good management. 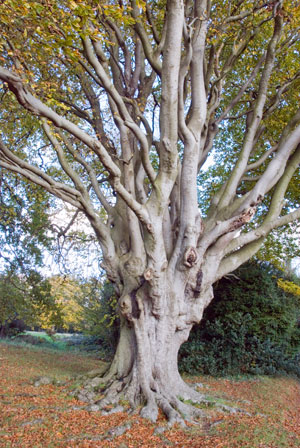 The Fight for Beauty shows just how far back the conservation movement stretches - with Shakespeare, Wordsworth and Edmund Burke all recognising Beauty as important in its own right and something worth fighting for.  It was the Victorians who both accelerated the industrialisation of the country and started the movements to preserve what they hadn't already destroyed - organisations like the Society for the Protection of Ancient Buildings (1877) and the Lake District Defence Society fought to preserve both landscape and buildings.  John Ruskin and Octavia Hill, with others, agitated for the founding of the National Trust which was intended to "preserve lands and buildings of beauty or historic interest" (1907 National Trust Act).

The chapter entitled "The curious case of trees" contains a potted history of British forestry and woodlands since 1900 including the environmental damage done by the extensive planting of blocks of conifer in uplands and in the Flow Country in Sutherland, Scotland.  It culminates in the government's attempt in 2010 to sell off the Forestry Commission's English woodlands which was almost universally rejected by MPs and the proposal was withdrawn.  The irony highlighted by The Fight for Beauty is that the British care passionately about trees and woodland but have not been very good at preserving woodland species or in doing new planting that is, well, beautiful.  As Fiona Reynolds says, "the benefits {of putting woods back at the centre of our lives} are incalculable."

We should fight for beauty.
But beauty is a human thing.
Many aspects of nature are not at all ‘beautiful’,
Hidden, yet critical in preventing harm to other species.
We need to be careful not to dissipate our energies preserving beauty.
That can take our eye off the ball.
Work away steadily, helping nature for nature’s sake.