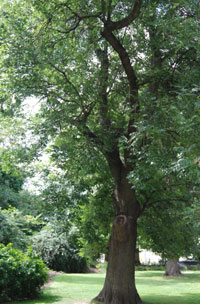 Often large trees, mature specimens may be 40-45 metres tall and up to 400 years old. Often late coming into leaf, and one of the first to lose leaves in autumn.   In recent years, Ash has been affected by die back - caused by a fungus Chalara fraxinea

Related to the Olive, Jasmines and the Lilac - family : Oleaceae. 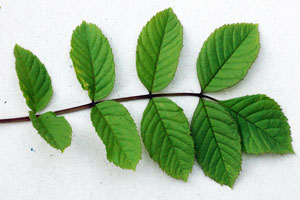 The ash leaf is a compound, pinnate leaf. The central stem of the compound leaf bears 9 – 13 leaflets in pairs, with one at the tip. There are no stalks to the side leaflets. The leaflets are pointed and toothed, with hairs on the lower surface.

The leaves appear relatively late in Spring, and are amongst the first to be shed in Autumn. 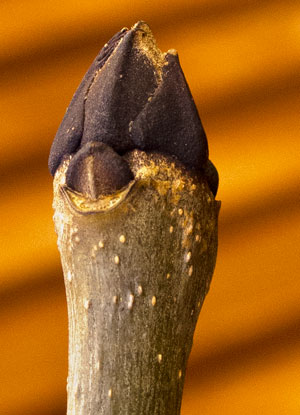 They are black, ‘sooty’ or ‘velvety’ in appearance - see the photos to the left (and also at the foot of the page).

The buds are sometimes compared to a Bishop’s Mitre in shape. 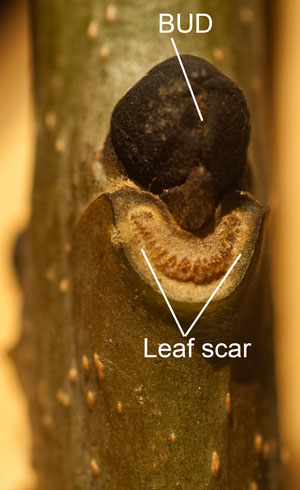 The bark is silvery grey and, with age, may develop a network of criss-crossing ridges. 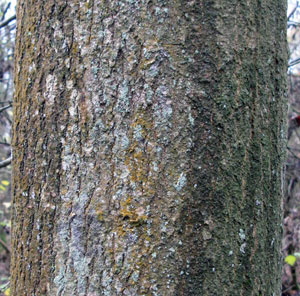 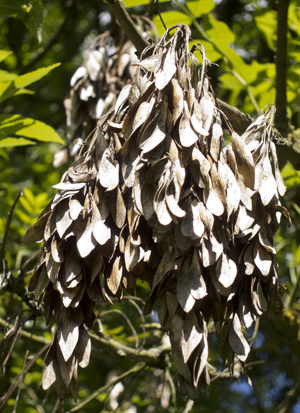 The flowers appear before the leaves and are borne in clusters near the tips of twigs - they are green and small, lacking petals.

They develop (when fertilised) into 'ash keys'. A key is a seed with a wing (for dispersal). The adjacent image shows the dried keys still hanging from a tree in the following Spring. 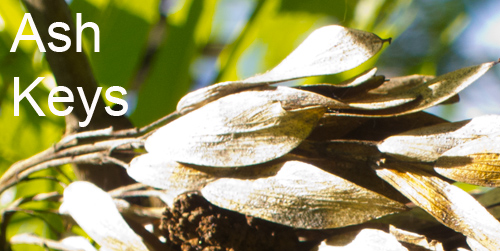 Ash trees are dioecious i.e. there are separate male and female trees, though hermaphrodites also occur. 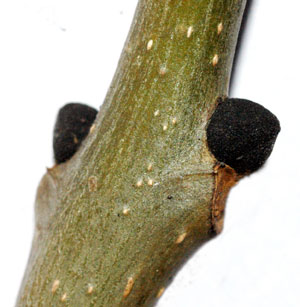 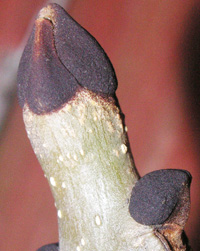