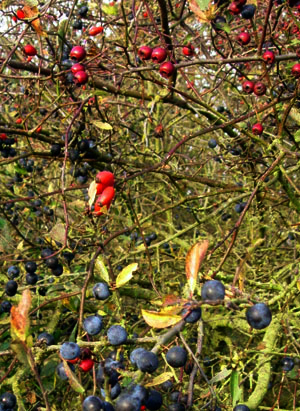 Hawthorn is sometimes known as Quickthorn, Whitethorn or May. [Crataegus monogyna]

Hawthorn can be a shrub in a hedgerow, or grow into a small tree 5 to 12 metres tall.  The young stems of the hawthorn bear sharp thorns - it is these that make for an 'impenetrable' hedge that is so useful in agricultural terms.

Hawthorn was much planted at the time of the Enclosures (which started in Tudor times).

Hawthorn-rich hedges offer food and / or micro-habitats for many insect / arthropod species;  and a home for many birds and small mammals.

Hawthorn wood is hard and prized for its grain. 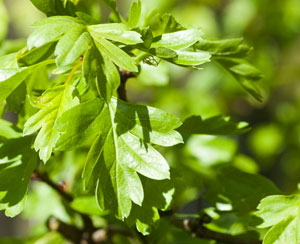 Simple leaves that are roughly as broad as they are long. They are small and deeply lobed, so that each leaf almost looks divided. 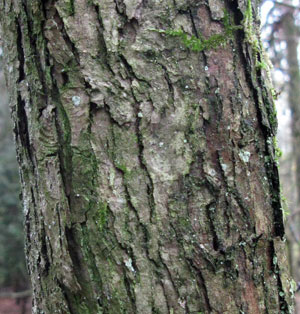 Very young stems are reddish in colour, and the younger twigs have spikes or thorns along them - hence its name! 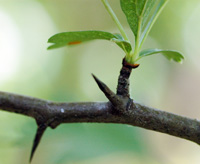 The bark is brown with occasional orange cracks, sometimes green algae may be found along the bark (see image below).

Hawthorn usually flowers in early Spring, this is known as ‘May Blossom’. The tree or bush is covered with a profusion of small, white flowers.
The flowers appear after the leaves on Hawthorn, whereas on Blackthorn the flowers appear on bare branches before the leaves.

The midland hawthorn (Crataegus leavigata) may have pink flowers. 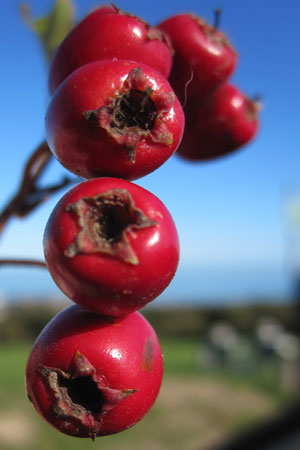 In the autumn, the flowers form 1cm long dark red berry-like fruits known as ‘haws’.  These are often collected to be used in the making of jams, jellies etc 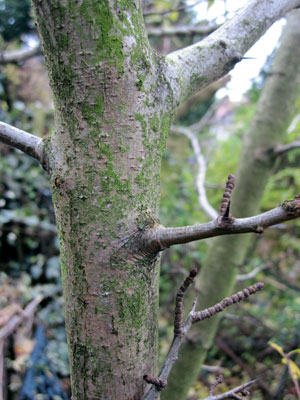