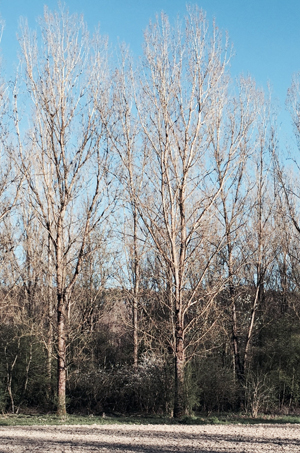 Poplars (Populus sp) belong to the same family as the willows (Saliaceae), and, like willows, they tend to have a preference for wet soils / locations.   Poplars produce tiny seeds that have silky hairs which help carry them on the wind for dispersal.

There are a number of species – western balsam poplar, white, grey and black poplar –though, common is the Lombardy Poplar.  The later is a variant of the Black Poplar and is probably the most instantly recognizable – due to the habit of the branches growing almost parallel to the main stem, giving a tall, thin tree (fastigiate form).

When looking at Poplars – consider 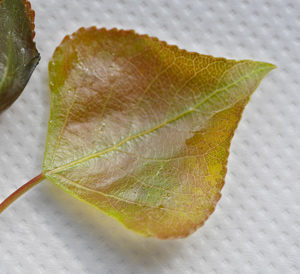 The leaves of black poplar (Populus nigra) are arranged on the stems in an alternate fashion.. The leaf has a long slender leaf stalk (petiole) – which is slightly flattened.  The leaf shape is sometimes described as ‘triangular’ or ‘diamond shaped’. The leaves may be 3 inches in length. Usually the leaf is longer than it is wide. When first formed the leaves may have a bronze tinge.

The leaf margin is toothed (see image below) and may be ‘translucent’ when young.

The upper surface of the leaf is a dark green, whereas the lower surface is not such a deep green.   In autumn, the leaves may turn a vibrant 'banana' yellow.

The leaves of the Lombardy Poplar (jpg above) tend to be as broad as they are long – if not broader; and the leaves are hairless.

The leaves of the western balsam poplar release a sweet smell, and a sticky balsam is produced. 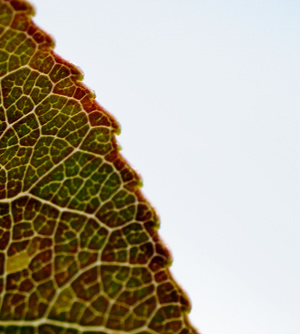 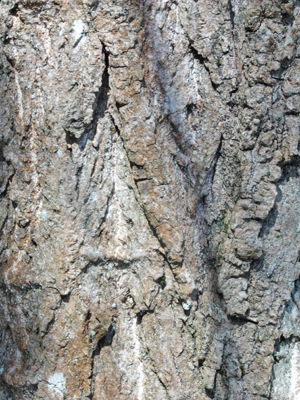 The bark  of the Black Poplar is grey / brown, and the main stem (bole) often bears many burrs / tuberous growths as the tree ages. The bark may become deeply fissured.  The tree may grow to a height of 100 feet, but is usually smaller than this. The hybrid form P. nigra ssp betulifera is faster growing and large.

The Lombardy Poplar has a different growth habit - having a tall, narrow shape - which adds style or grandeur to an area (may be planted as a screen).  The base of the stem may be 'fluted'.

Poplars grow well in industrialised areas and seem to tolerant pollution well.  The black poplar was once much planted in the North - hence the name the "Manchester Poplar" has sometimes been applied.  The stems are sometimes home to the wood leopard moth.

Catkins are produced – male, long (up to 4 inches) with red anthers, female catkins are green but on separate trees. The catkins appear before the leaves.

Most Lombardy Poplars are male trees and hence only red / crimson male catkins are produced.

Long, orange / grey buds may be seen along the amber coloured twigs